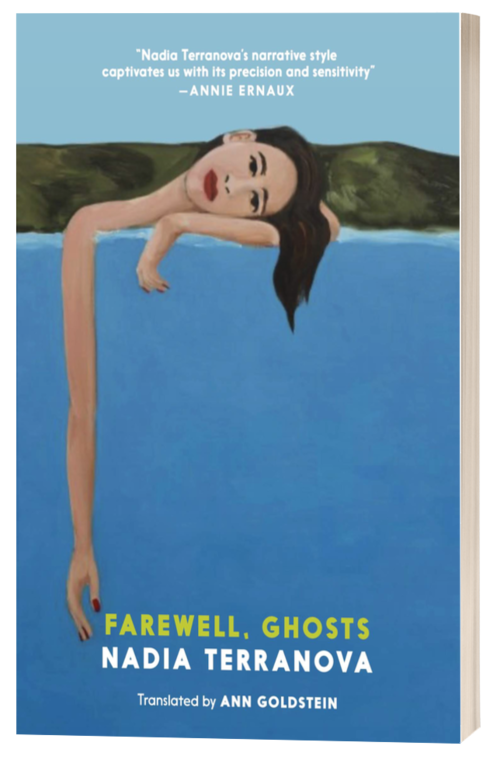 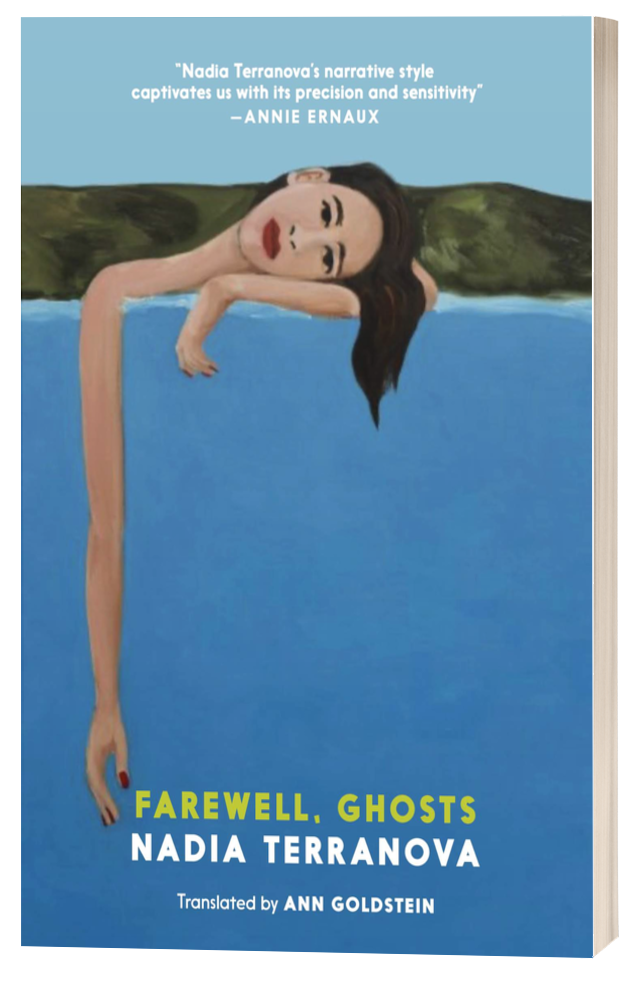 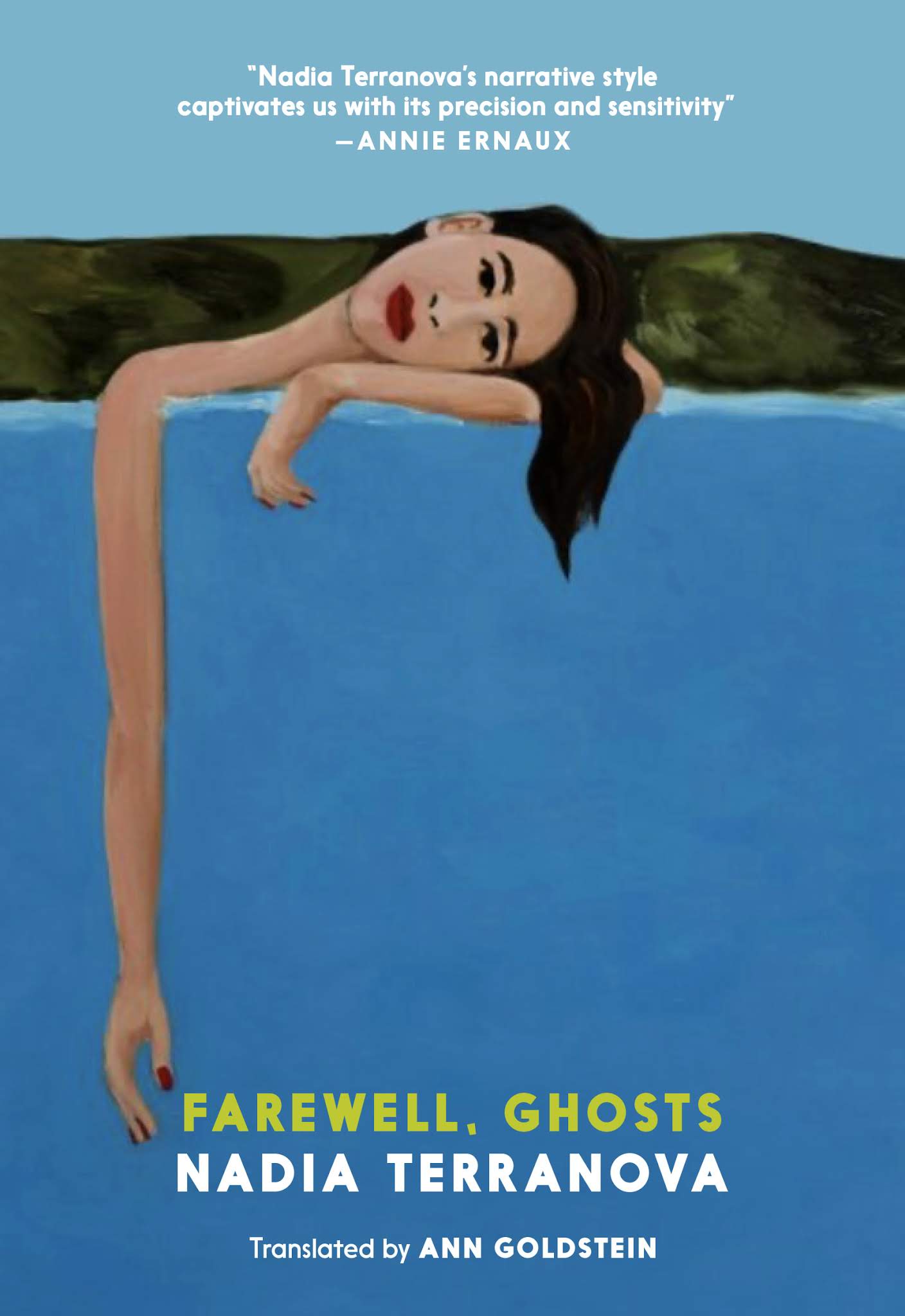 This award-winning novel about a woman facing her past introduces Nadia Terranova to English-speaking audiences.

Ida is a married woman in her late thirties, who lives in Milan and works at a radio station. Her mother wants to renovate the family apartment in Messina, to put it up for sale and asks her daughter to sort through her things—to decide what to keep and what to throw away.

Surrounded by the objects of her past, Ida is forced to deal with the trauma she experienced as a girl, twenty-three years earlier, when her father left one morning, never to return. The fierce silences between mother and daughter, the unbalanced friendships that leave her emotionally drained, the sense of an identity based on anomaly, even the relationship with her husband, everything revolves around the figure of her absent father. Mirroring herself in that absence, Ida has grown up into a woman dominated by fear, suspicious of any form of desire. However, as her childhood home besieges her with its ghosts, Ida will have to find a way to break the spiral and let go of her father finally.

Beautifully translated by Ann Goldstein, who also translated Elena Ferrante's Neapolitan quartet, Farewell, Ghosts is a poetic and intimate novel about what it means to build one's own identity.

“Nadia Terranova’s narrative style captivates us with its precision and sensitivity.”

“Readers who appreciate Ferrante’s unpicking of the legacies of trauma will find a sister narrative in Terranova’s book, in which protagonist Ida leaves Rome to help her mother clean out the family home in Messina, Sicily. This means returning to the place where her father, deeply depressed, disappeared, and where Ida and her mother lived on day after day, unable to find the words to express the pain of his absence... Farewell, Ghosts explores what it is like to be robbed of life: by grief, by depression, by self-destruction... In this novel full of ghosts, every street name is a haunting and every word is a summoning to the dead. “His coffin remained everywhere,” Ida says at one point, but it’s she who is unable to live.”

“The novel evokes the world so palpably portrayed by Elena Ferrante, a comparison underscored by Ida’s troubled relationship with Sara, a young woman who had been her closest friend but now spurns her efforts to reconnect. ... A delicate rendering of a life smothered by overwhelming loss.”

“[Farewell, Ghosts] is the best book I read in the last year. It moved me deeply.”

“Italian writer Terranova’s heartfelt English-language debut looks at a childhood trauma’s derailing effects on a young woman. Ida Laquidara, a 30-something writer in Rome, is called home to Messina, Sicily, by her mother to sort through the leftover ephemera of her childhood before the house is renovated and eventually sold. She dutifully agrees, figuring it will be easy since she cares about nothing except a box that contains objects left by her father, which trigger painful memories. Upon Ida’s arrival, she is haunted by recurring nightmares and visions of her father, who abandoned the family when she was 13. While navigating a fraught relationship with her mother and the ways in which too little seems to have changed at the house, Ida reflects on her father’s mental illness and attempts to connect with an old friend. When a surprise tragedy casts Ida’s own ruminations in a new light, closure for the loss of her father feels more within reach as she devises a plan for what to do with the artifacts in the box. Terranova writes striking flashbacks that conjure the power of old wounds to produce new sadness. Free of cliché and sentimentality, this sharp examination of a life interrupted is one to savor.”

“Nadia Terranova’s sophomore novel—her first to be published in English—is a carefully crafted meditation on familial ties and the pernicious effects of unprocessed trauma on a woman’s sentimental education. . . . a tale of homecoming both so familiar and devastatingly new that it is sure to gain Terranova a robust following among English-speaking audiences.”

“Born and raised in coastal Sicily, Ida has since shaken her salty roots for adult life in Rome. She’s married, has a career, and is comfortable in her decision to age childless; but still finds herself unsatisfied. When Ida’s mother calls her back to Sicily to help sell Ida’s childhood home, Ida must reckon with the trauma that has informed all of her decisions thus far: the disappearance of her father when she was 13. The mystery behind her father’s exit became the reason for every spat between Ida and her mother growing up, and the reason Ida never fully gave herself to the friendships and relationships she’s moved through since adolescence. On this trip home, Ida must face her original heartbreak, and the people who became collateral damage, with the hopes of saving her marriage and family in the future. To say this is beautifully translated doesn’t even scratch the surface; Goldstein, who has also translated Elena Ferrante's novels, finds poetry in Terranova’s every line. Together, these two artists have birthed an aching, translingual masterpiece.”

“Nadia Terranova’s novel Farewell, Ghosts, in Ann Goldstein’s translation, summons the power of the house in order to dissect the relationship between self and space, memory and reality.....Comparing Terranova to Elena Ferrante, another contemporary Italian woman writer who thematizes disappearance and delves into the recesses of the feminine psyche, seems inevitable.”

“The book I wish I were publishing: Farewell, Ghosts by Nadia Terranova, out 22nd September. It’s a slim, poetic slice of award-winning Italian literature, the perfect post-Ferrante read.”

“Lucidly translated by Ann Goldstein (of Elena Ferrante fame), this is an exact and intimate tale about identity and absence. Farewell, Ghosts tells the story of thirtysomething Ida, plunged back into a painful past when her mother decides to renovate and sell the crumbling family home on the Sicilian coast. As Ida sifts through old mementos, memories of her father’s disappearance and fraught moments with her mother resurface. Will she find the closure she needs?”

“Farewell, Ghosts is a melancholic and reflective novel that swells with intelligence and heart.”

“I also loved Farewell, Ghosts (Seven Stories Press), a much more sun-drenched novel by Nadia Terranova, in which a woman returns to the Sicily of her youth to confront her family secrets. Beautifully translated by Ann Goldstein, Elena Ferrante’s translator, it’s perfect for the reader who wants to explore modern Italian fiction beyond Ferrante.”