The Graphic Canon of Crime and Mystery, Vol. 1

From Sherlock Holmes to A Clockwork Orange to Jo Nesbø 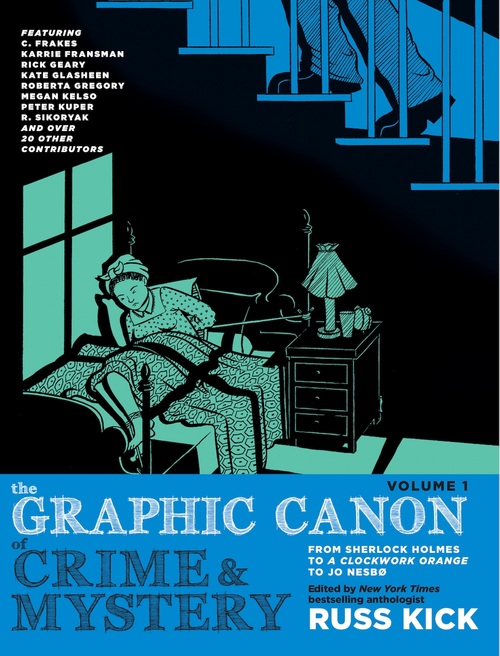 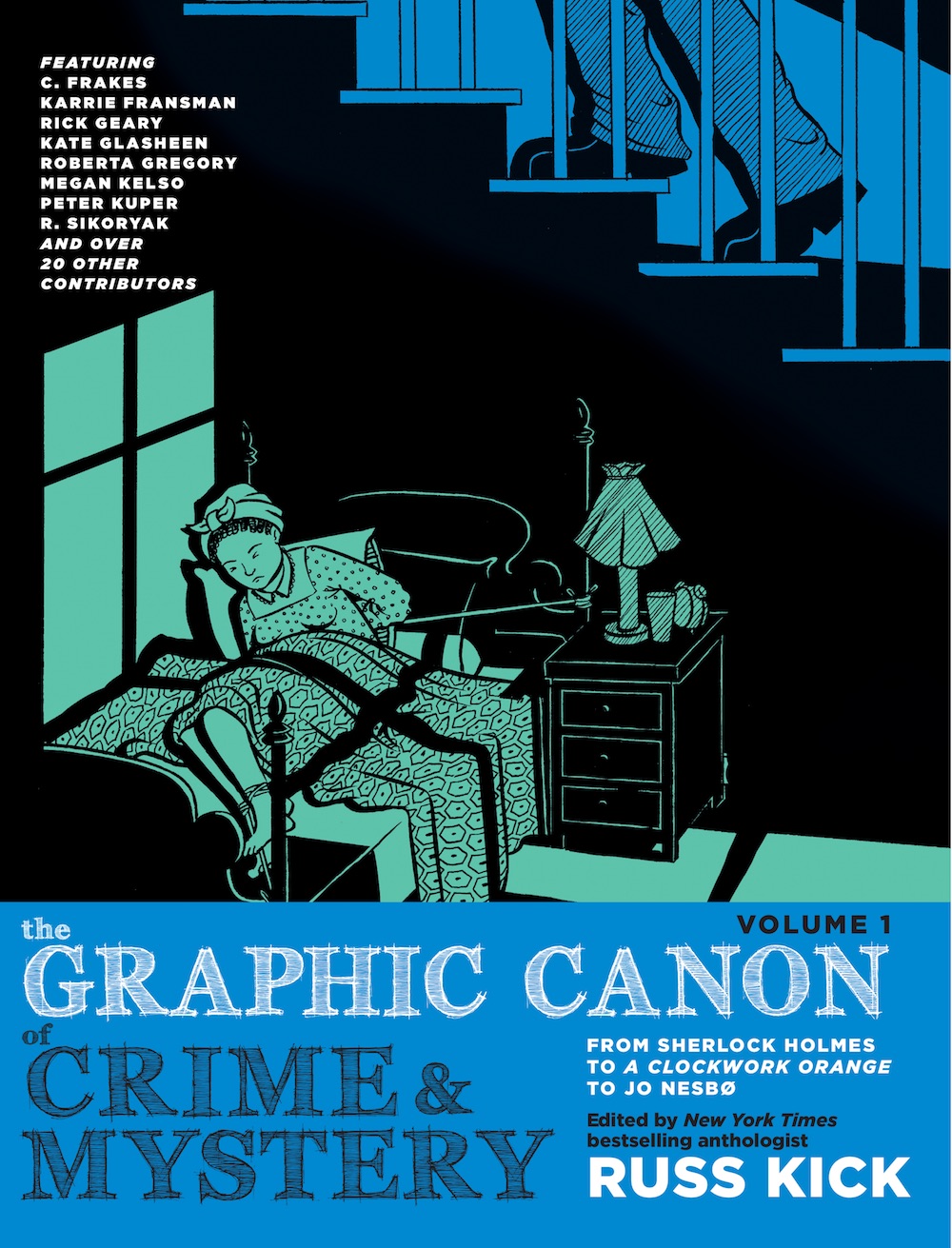 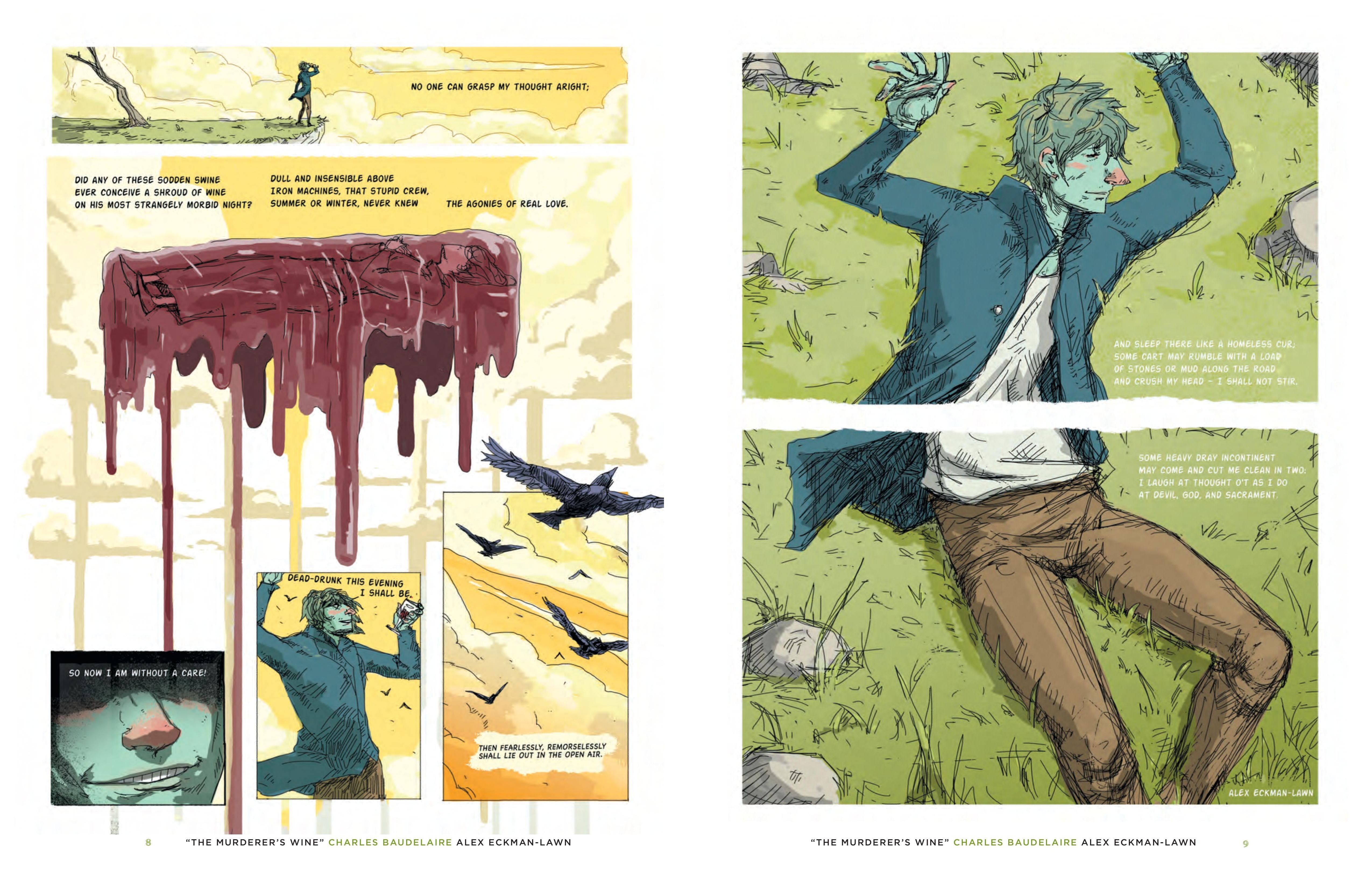 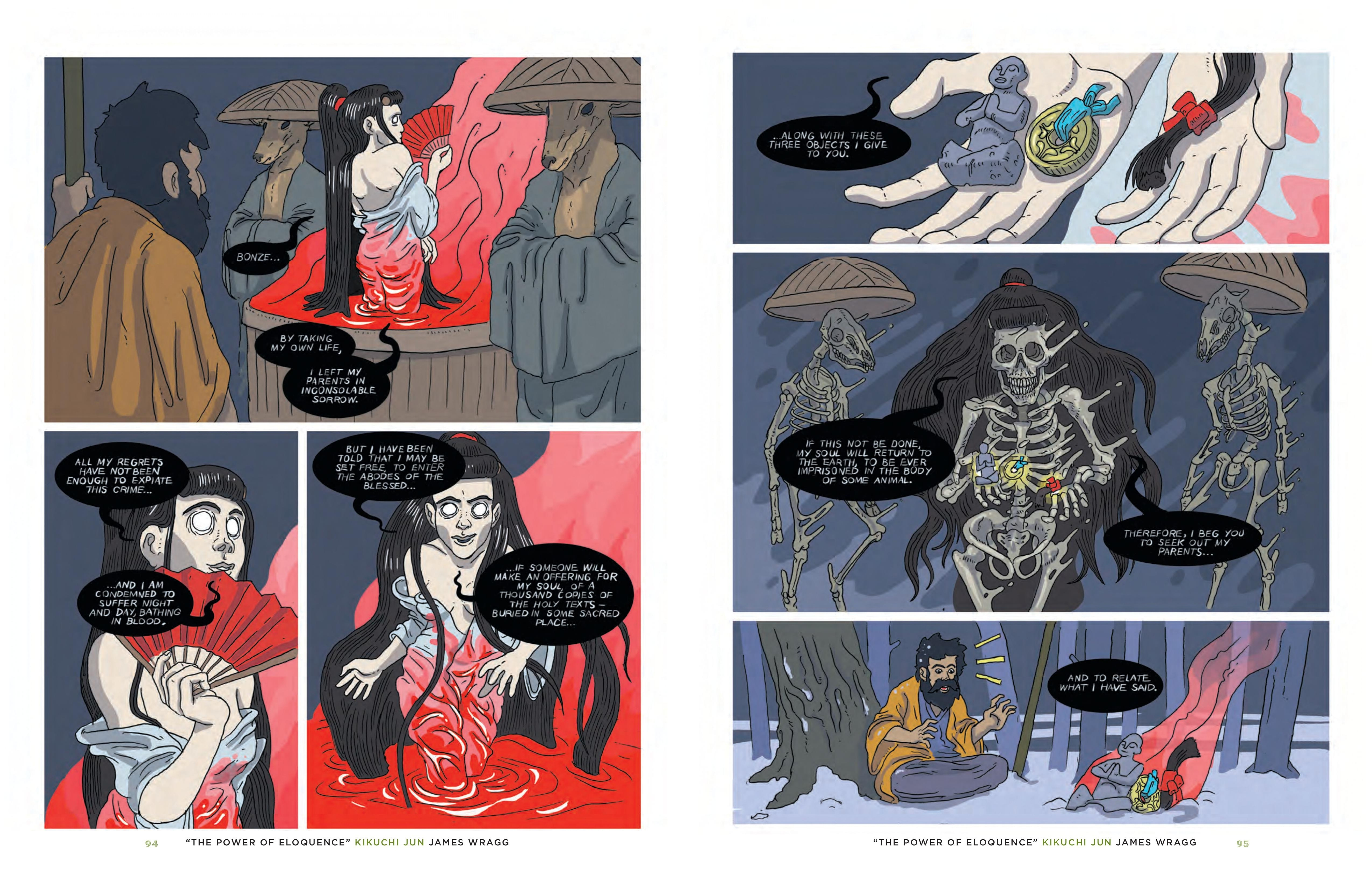 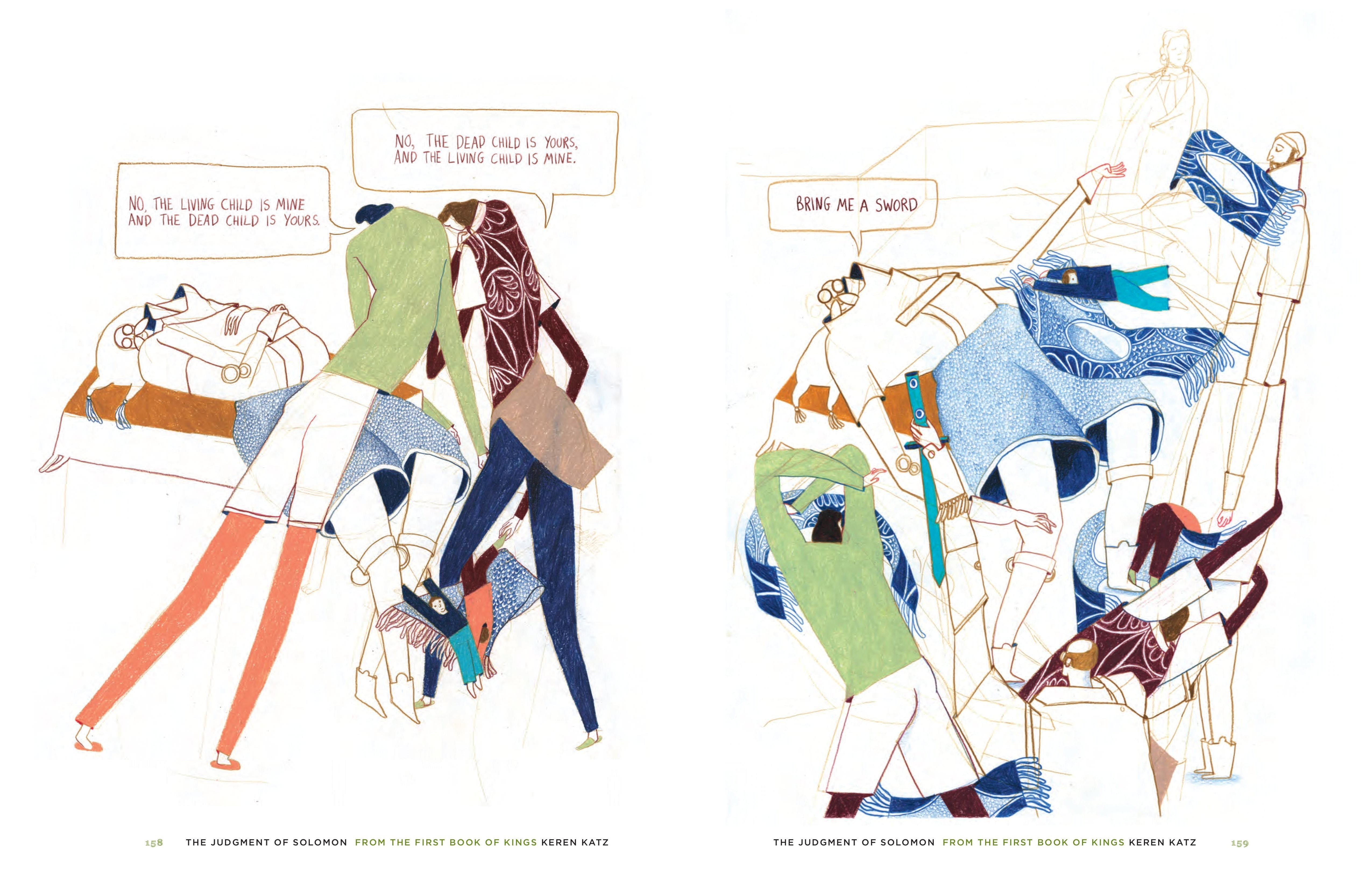 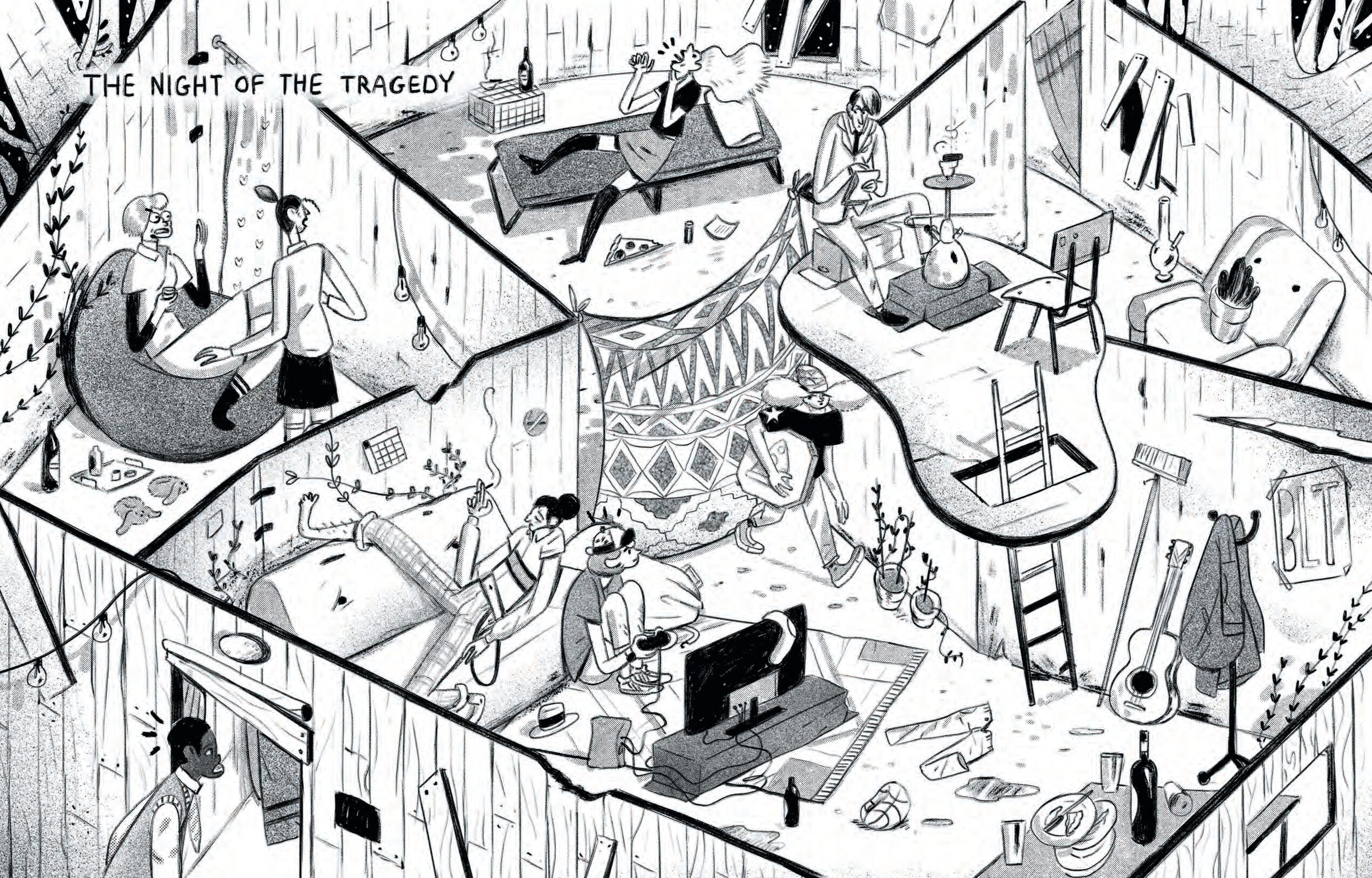 The first of two volumes builds on the brilliant and original Graphic Canon series in retelling classic works of literature as comics and other visual forms.

Even the very natures of crime, justice, and punishment are up for grabs. Landis Blair reimagines The Trial, as a choose-your-own-adventure story that you cannot win, Ted Rall retells an O. Henry story about a petty criminal who just can't get arrested. From The Marquis de Sade to James Cain, Aeschylus to Paula Hawkins, crime and mystery has never been so brilliantly reimagined.

“Almost anything can be seen as a crime story, and almost anything can be adapted into a graphic novel. Few, however, have attempted such an ambitious and quirky melding of these two truths as editor and artist Russ Kick with his new anthology, The Graphic Canon of Crime and Mystery. This cleverly arranged series of graphic adaptations of classic mystery tales brings together a wide range of artists matched with a diverse list of stories, many of which are only loosely categorizable as crime fiction (that’s part of the fun of it). With everything from biblical judgements to decadent poetry to 19th century classics, Kick and his army of artists have crafted a formidable and fascinating collection.”

“This is a take on the crime & mystery genre that proves quite refreshing and a true eye-opener. Russ Kick, in the role of curator/editor, has taken an offbeat path in order to emphasize just how diverse and unpredictable his subject can be ... Kick manages to keep just the right unsettling vibe running throughout this impressive anthology.”

“Featuring adaptations of famous crime classics, most of which were created specifically for this volume, this work displays a range of absolutely stunning talent. From a relatively straight­forward depiction of the murder scene in Fyodor Dostoyevsky’s Crime and Punishment to a wildly experimental take on Stanley ­Kubrick’s A Clockwork Orange, [Russ Kick] presents a fantastic survey of the literature concerned with criminal activity, as well as a primer on everything possible in the graphic format ... As an introduction to the crime genre, this edition is second to none”

“From Poe to Kafka to Dostoyevsky, all the masters are here, in these short, graphic renderings of the darkest, most foreboding writing of all time. With different artists and illustrators taking on each tale, there are many revelations.”

“[Russ Kick] has managed to create something unprecedented in comic art ... It is, for now, the most sustained anthology of comic art in the English language – the best showplace of what comic art is today and what it can do. That’s quite an accomplishment.”