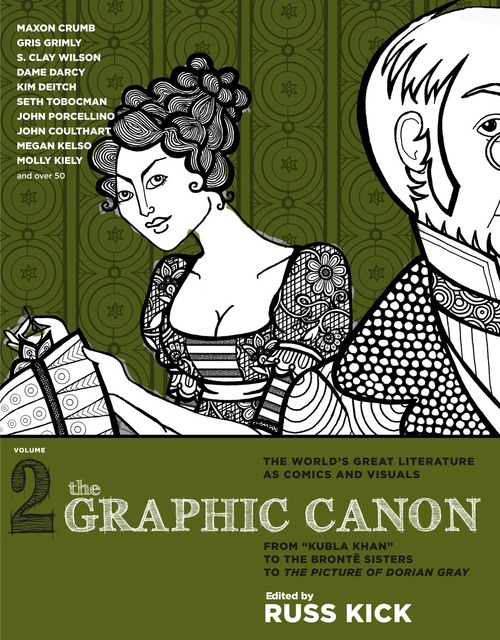 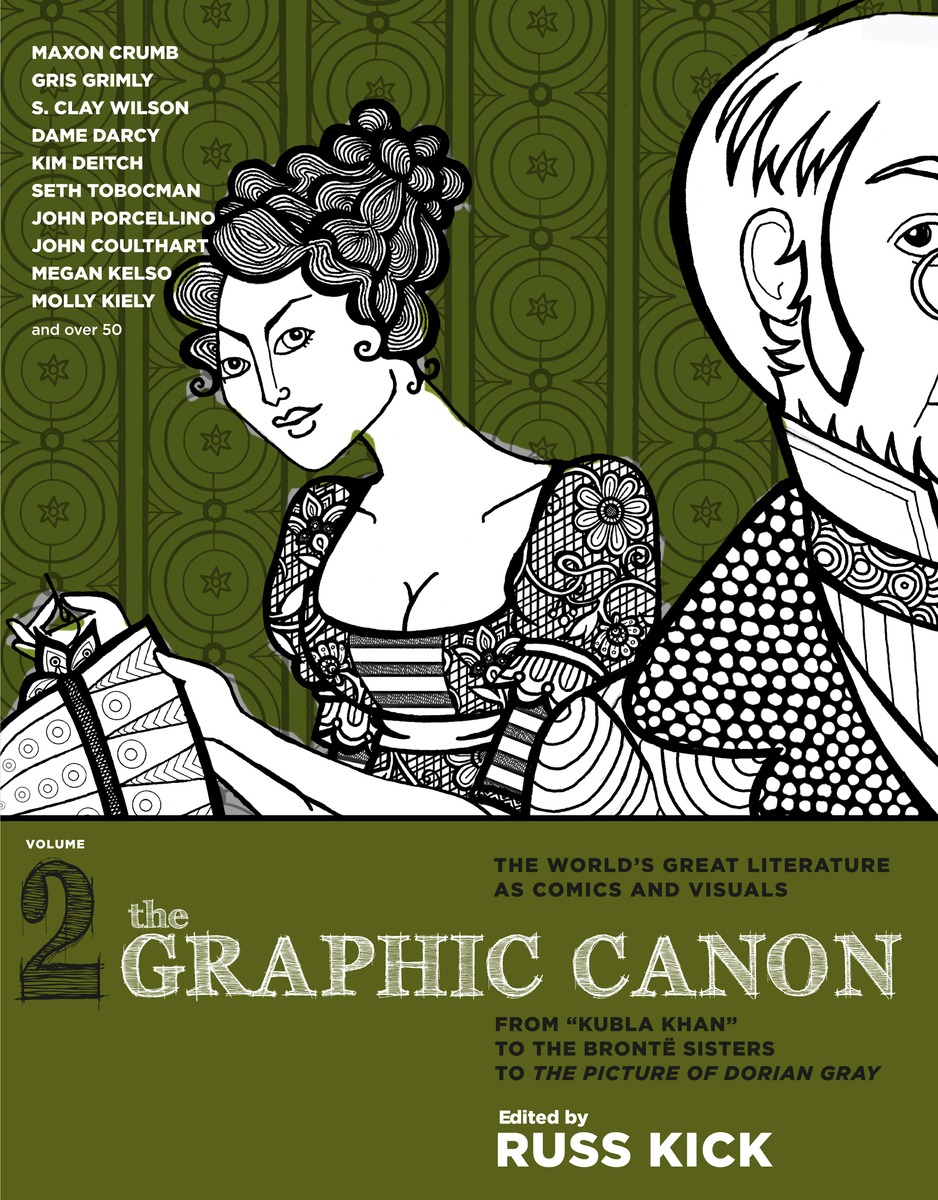 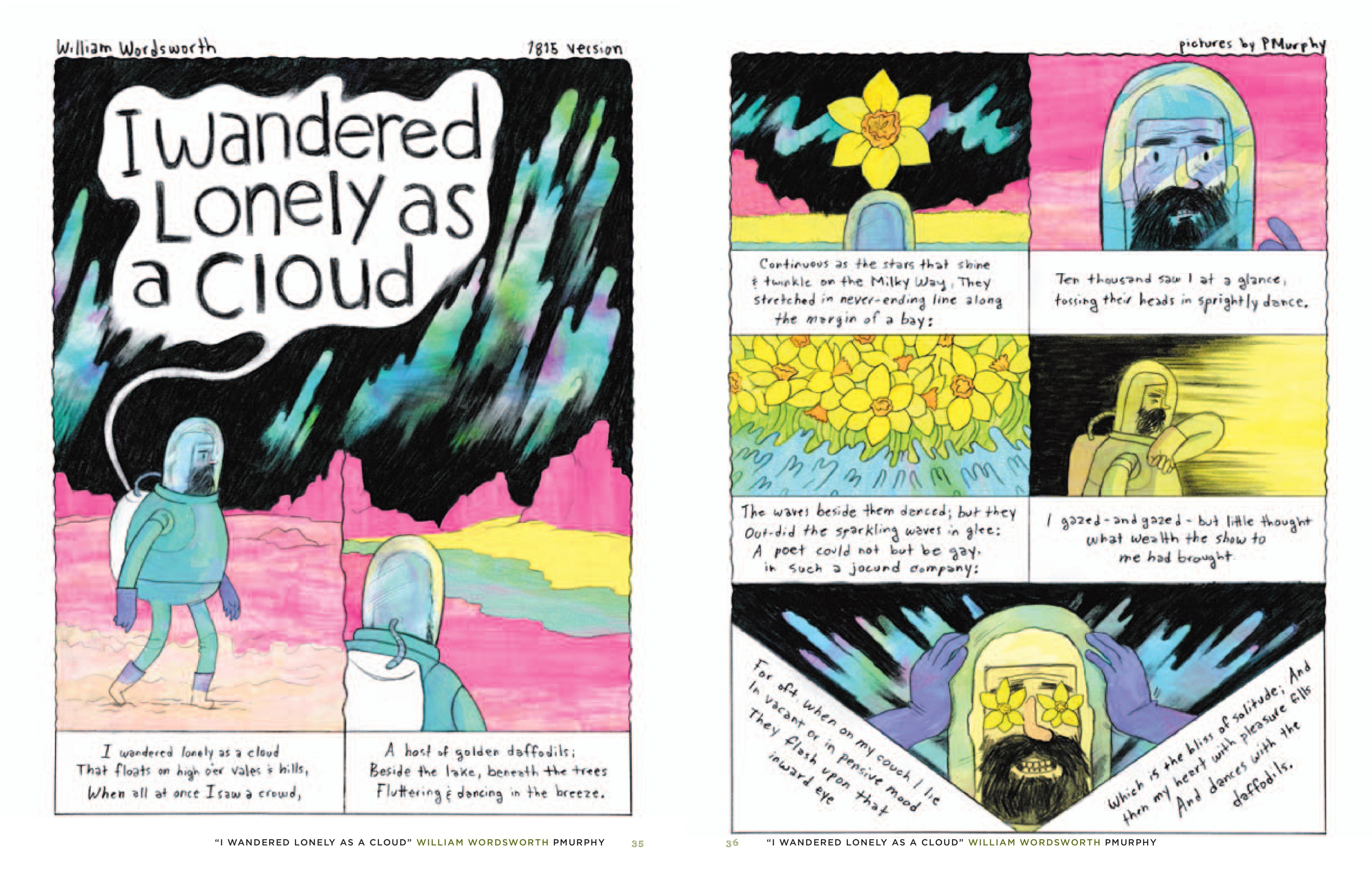 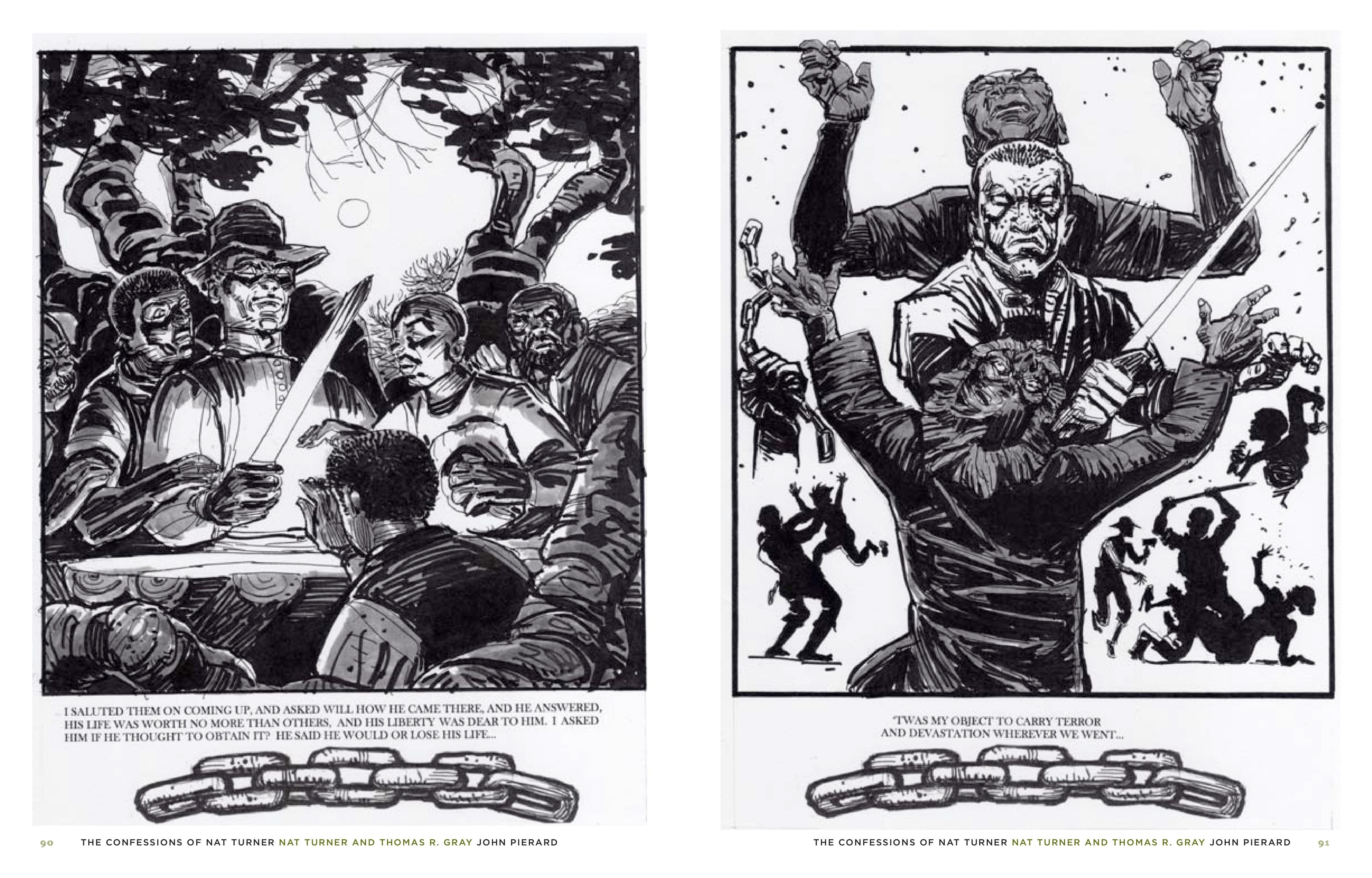 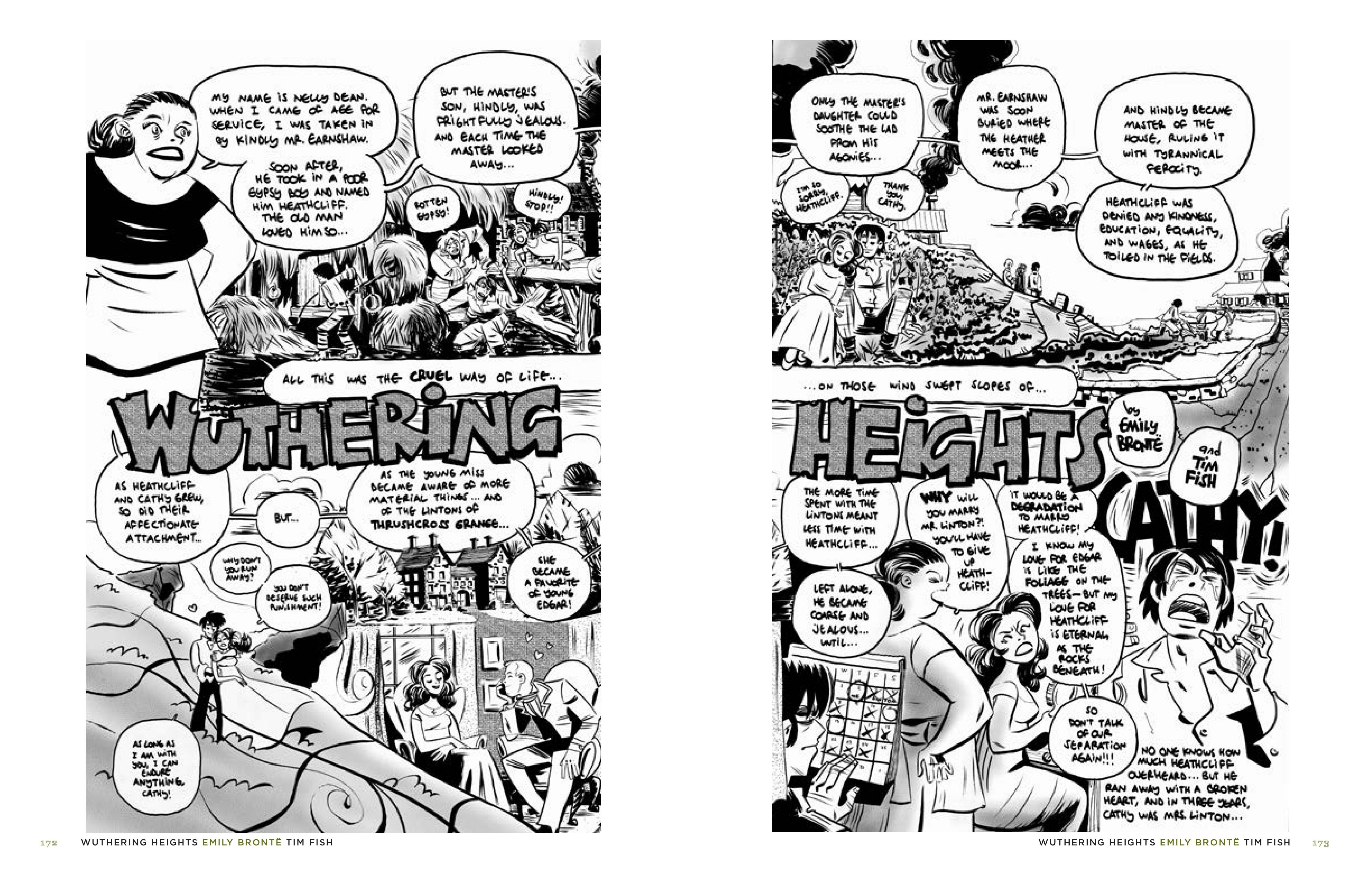 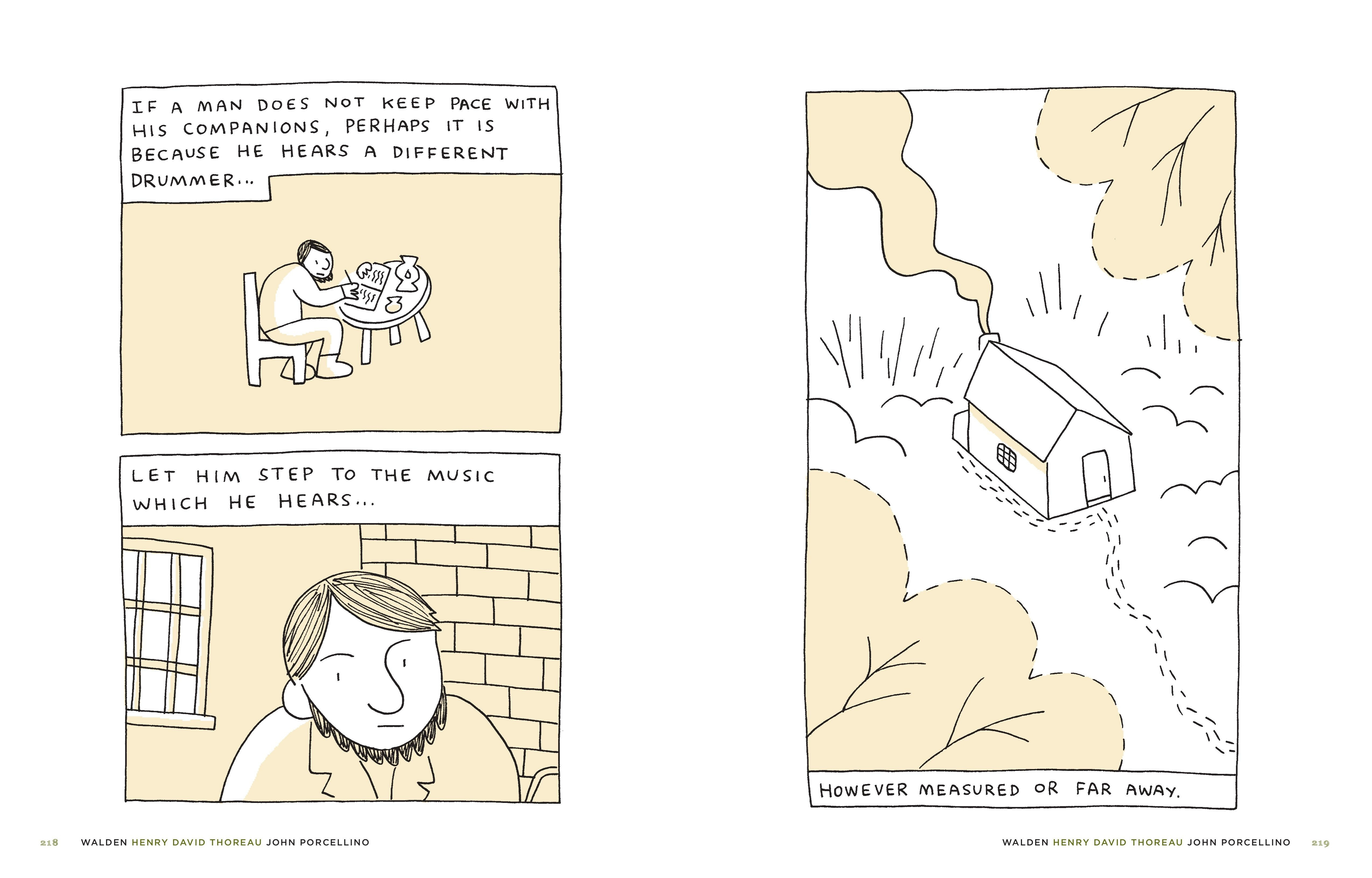 The Graphic Canon, Volume 2 gives us a visual cornucopia based on the wealth of literature from the 1800s. Several artists—including Maxon Crumb and Gris Grimly—present their versions of Edgar Allan Poe's visions. We see a stunning take on the greatest American novel, Moby-Dick. Meanwhile, that other greatest American novel, Huckleberry Finn, is adapted uncensored for the first time, as Twain wrote it. The bad boys of Romanticism—Shelley, Keats, and Byron—are visualized here, and so are the Brontë sisters. We see both of Coleridge's most famous poems: "Kubla Khan" and "The Rime of the Ancient Mariner" (the latter by British comics legend Hunt Emerson). Philosophy and science are ably represented by ink versions of Nietzsche's Thus Spake Zarathustra and Darwin's On the Origin of Species.

Frankenstein, Les Misérables, Great Expectations, Middlemarch, Anna Karenina, Crime and Punishment (a hallucinatory take on the pivotal murder scene), Thoreau's Walden (in spare line art by John Porcellino of King-Cat Comics fame), "The Drunken Boat" by Rimbaud, Leaves of Grass by Whitman, and two of Emily Dickinson's greatest poems are all present and accounted for. John Coulthart has created ten magnificent full-page collages that tell the story of The Picture of Dorian Gray by Oscar Wilde. And Pride and Prejudice has never looked this splendiferous!

This volume is a special treat for Lewis Carroll fans. Dame Darcy puts her unmistakable stamp on—what else?—the Alice books in a new sixteen-page tour-de-force, while a dozen other artists present their versions of the most famous characters and moments from Wonderland. There's also a gorgeous silhouetted telling of "Jabberwocky," and Mahendra Singh's surrealistic take on The Hunting of the Snark.

Read an excerpt on Issuu here, and visit www.thegraphiccanon.wordpress.com (and follow @TheGraphicCanon on Twitter) for more information on the series.

“The graphic publishing literary event of the year.”

“Does it seem that collecting thousands of years' worth of world literature in highly abridged form would be somewhat daft? Why, then, is Kick's gloriously ambitious attempt to collect sequential-art adaptations of those works into three massive volumes such a uniquely powerful piece of art? Because, while it can serve as a study of cultures and histories or as a pedagogical tool (as the source lists, further-reading section, and four indices attest), what this first volume does best is showcase the extraordinary potential of the artform itself. … Through the reprinted and newly-produced work of 59 (mainly American) adapters and 58 adapted titles, this is not only a survey of the world's diverse artistic past, but also a breathtaking glimpse of this young medium's incredible future.”

“Absolutely the most ambitious book I've picked up all year.”

“The Graphic Canon continues to be an enrapturing experience. It has already sparked a sensation, and anyone who’s read the first two volumes most likely can’t wait for the third, currently set to come out this March. If all this effort renews interest in the classics, then more power to it. Still, The Graphic Canon, Vol. 2 has plenty to offer those without lit degrees: a vibrant, feverish dance through some of the best parts of our artistic history … with an open invitation to join.”

“The tome is the best thing in literary comics since Kate Beaton’s Hark! A Vagrant and a fine complement to the best graphic nonfiction of the past few years.”

“Russ Kick, the man who's curating this tripartite series, must be some saint of artist-wrangling abilities, some theme-embodying savant ... Dame Darcy's 16 pages of excerpts from Alice in Wonderland in this book might be worth the price of ownership all by itself.”