From the Epic of Gilgamesh to Shakespeare to Dangerous Liaisons 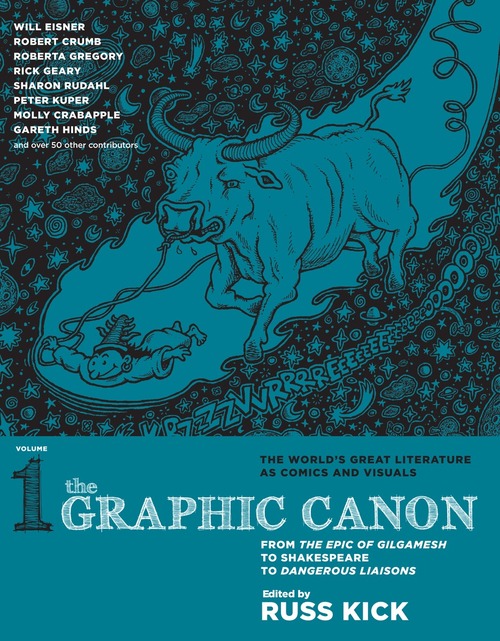 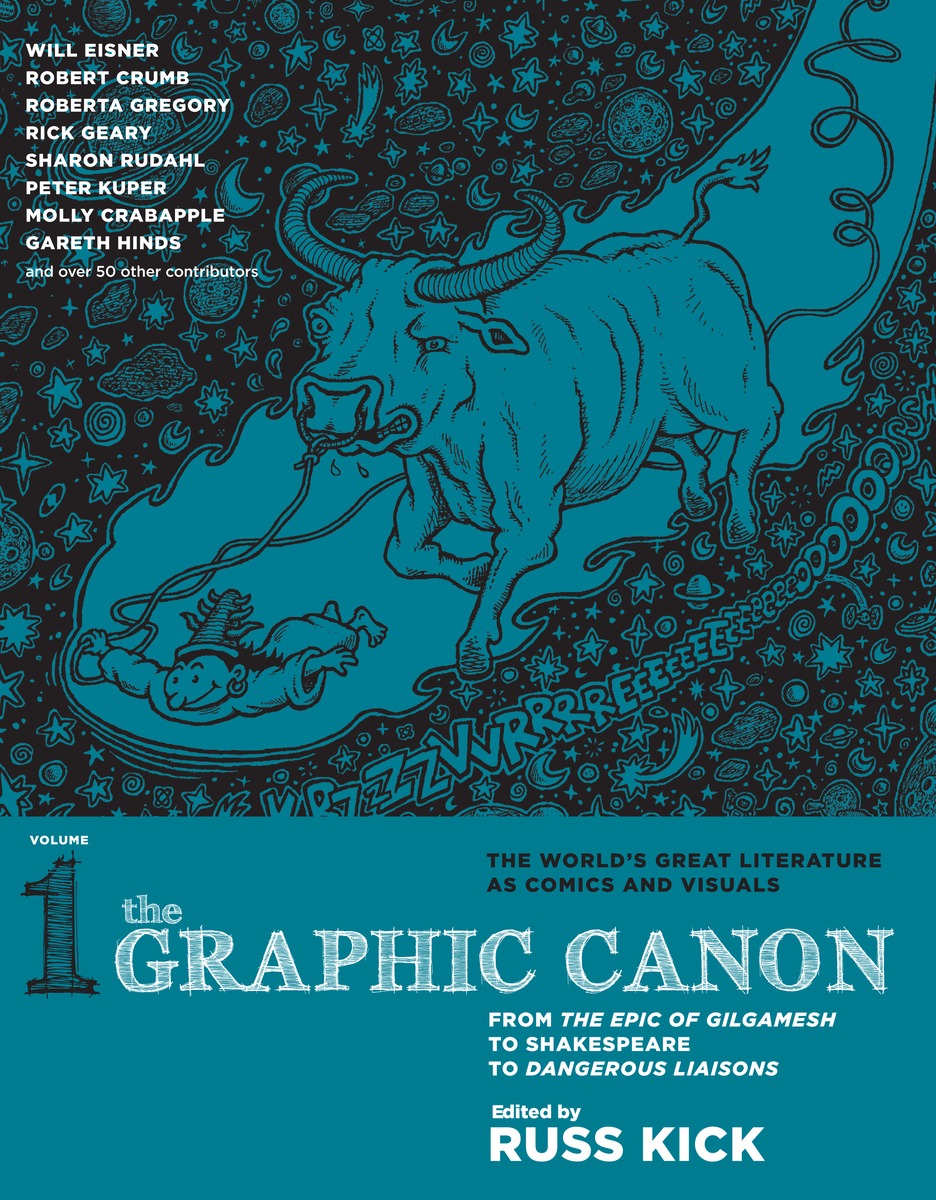 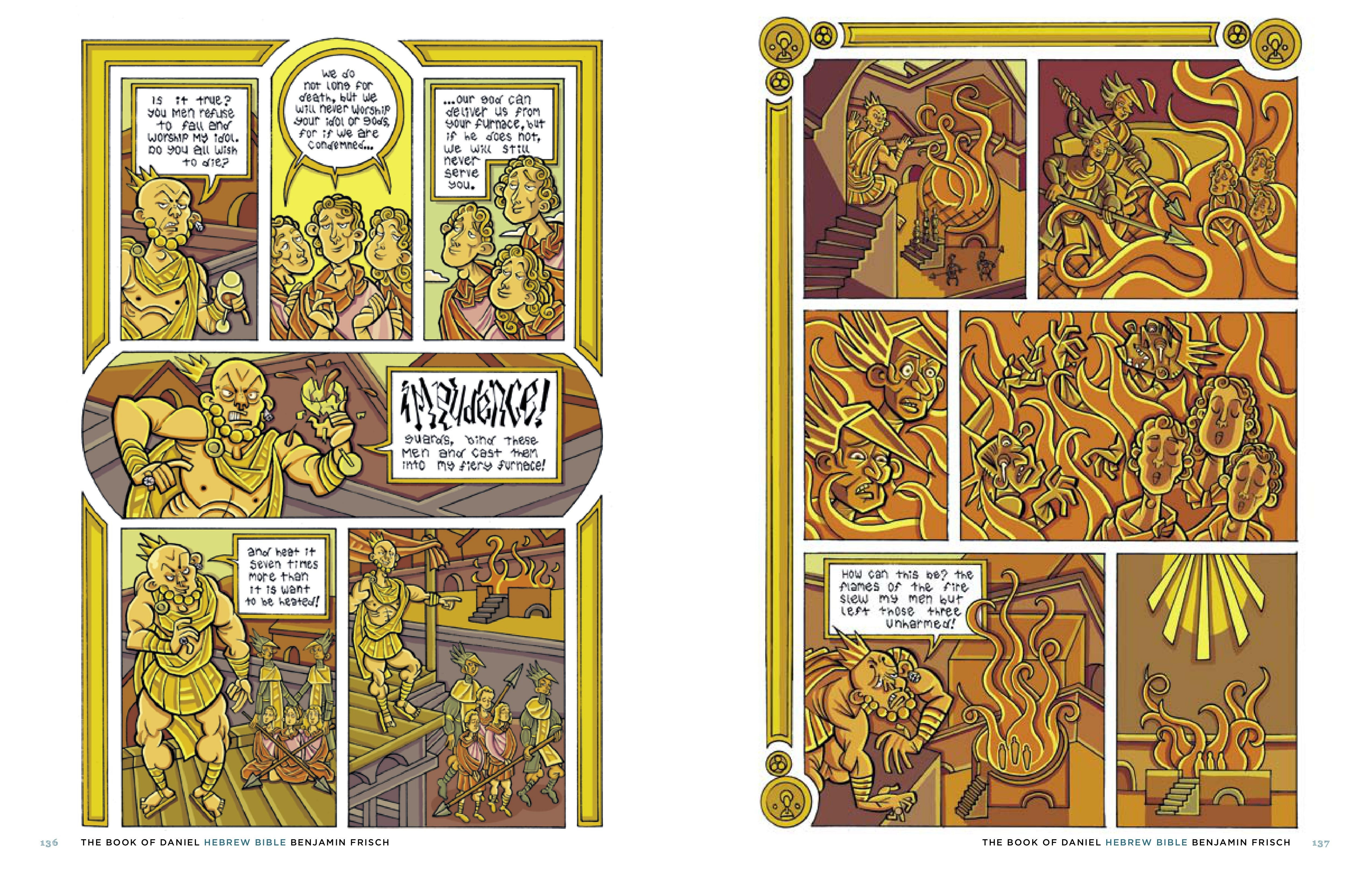 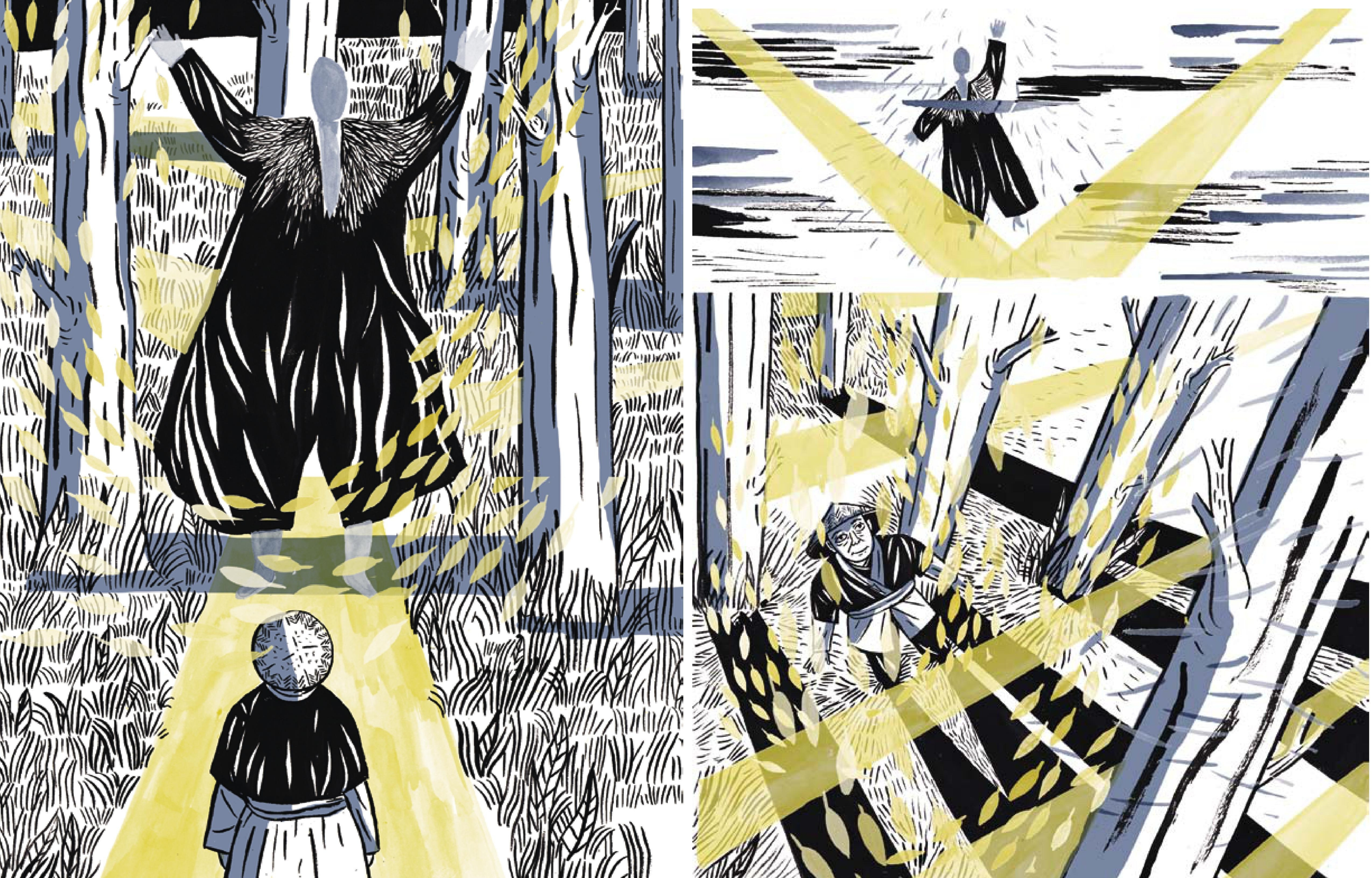 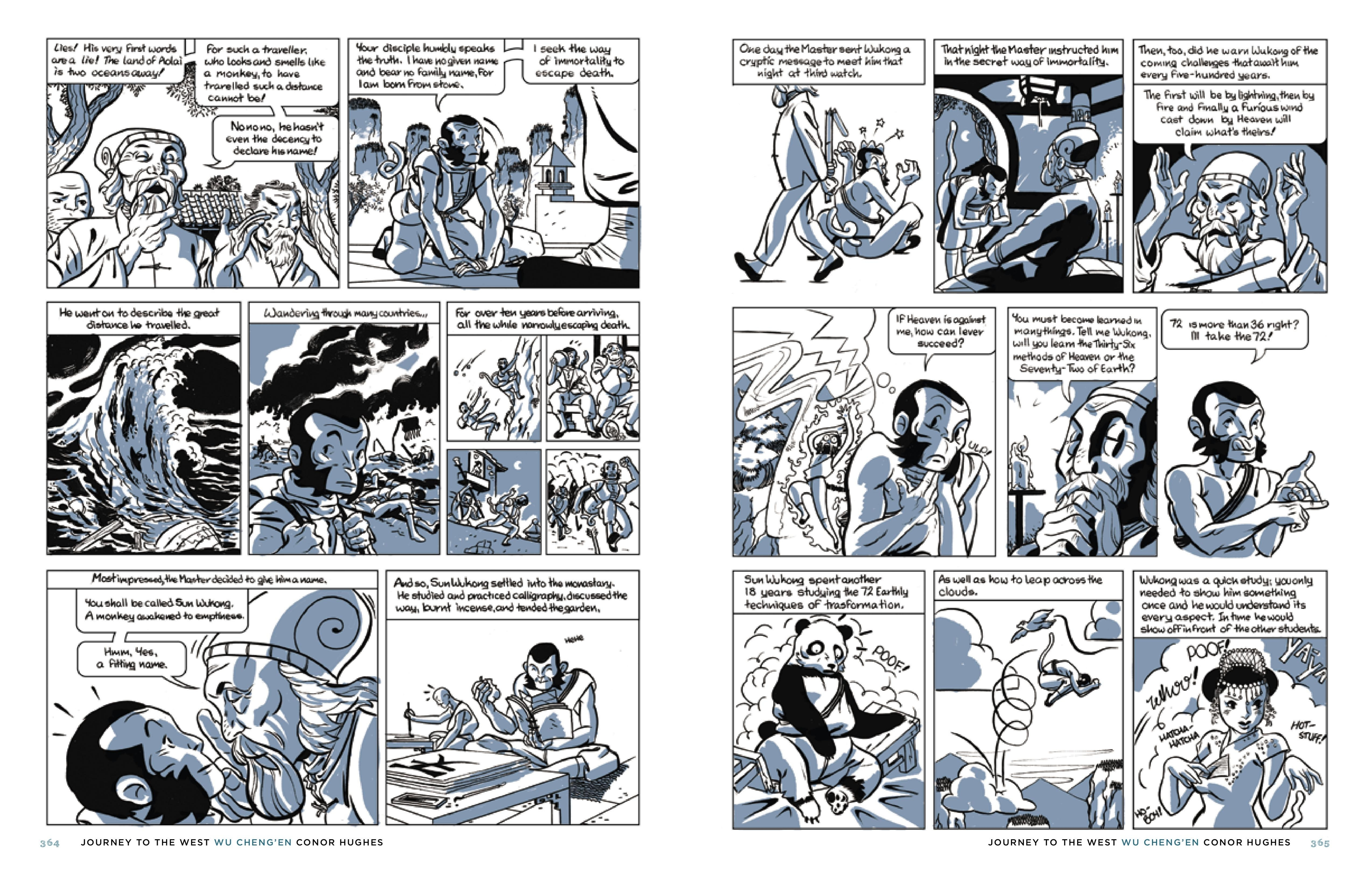 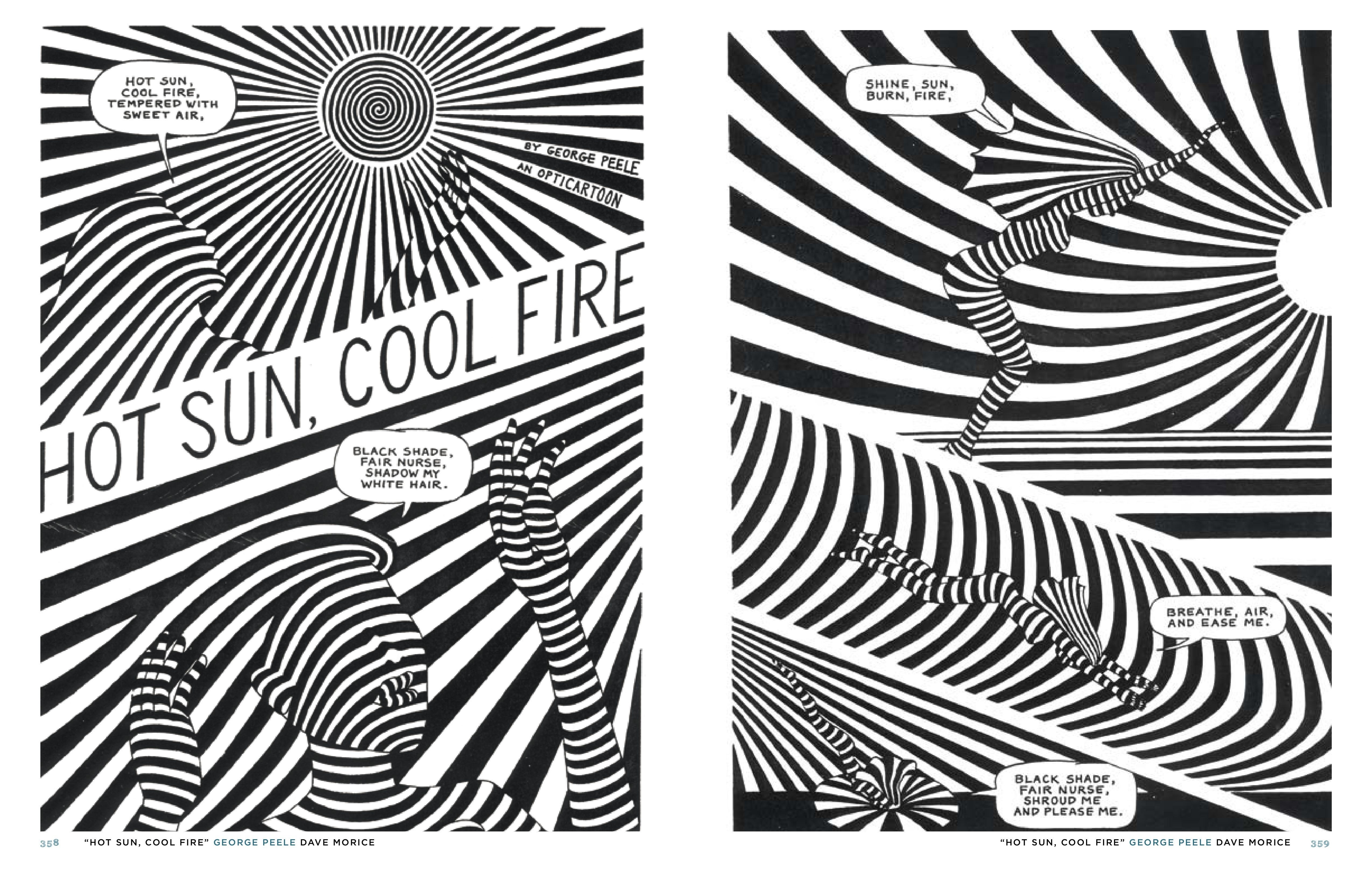 The Graphic Canon, Volume 1 takes us on a visual tour from the earliest literature through the end of the 1700s. Along the way, we're treated to eye-popping renditions of the human race's greatest epics: Gilgamesh, The Iliad, The Odyssey (in watercolors by Gareth Hinds), The Aeneid, Beowulf, and The Arabian Nights, plus later epics like The Divine Comedy and The Canterbury Tales (both by legendary illustrator and graphic designer Seymour Chwast), Paradise Lost, and Le Morte D'Arthur. Two of ancient Greece's greatest plays are adapted—the tragedy Medea by Euripides and Valerie Schrag's uninhibited rendering of the very bawdy comedy Lysistrata by Aristophanes (the text of which is still censored in many textbooks). Also included is Robert Crumb's rarely seen adaptation of James Boswell's London Journal, filled with philosophical debate and lowbrow debauchery.

Religious literature is well-covered and well-illustrated, with the Books of Daniel and Esther from the Old Testament, Rick Geary's awe-inspiring new rendition of the Book of Revelation from the New Testament, the Tao te Ching, Rumi's Sufi poetry, Hinduism's Mahabharata, and the Mayan holy book Popol Vuh, illustrated by Roberta Gregory. The Eastern canon gets its due, with The Tale of Genji (the world's first novel, done in full-page illustrations reminiscent of Aubrey Beardsley), three poems from China's golden age of literature lovingly drawn by pioneering underground comics artist Sharon Rudahl, the Tibetan Book of the Dead, a Japanese Noh play, and other works from Asia.

Two of Shakespeare's greatest plays (King Lear and A Midsummer Night's Dream) and two of his sonnets are here, as are Plato's Symposium, Gulliver's Travels, Candide, A Vindication of the Rights of Woman, Renaissance poetry of love and desire, and Don Quixote visualized by the legendary Will Eisner.

Some unexpected twists in this volume include a Native American folktale, an Incan play, Sappho's poetic fragments, bawdy essays by Benjamin Franklin, the love letters of Abelard and Heloise, and the decadent French classic Dangerous Liaisons, as illustrated by Molly Crabapple.

And much, much more.

Read an excerpt on Issuu here

“The graphic publishing literary event of the year.”

“Does it seem that collecting thousands of years' worth of world literature in highly abridged form would be somewhat daft? Why, then, is Kick's gloriously ambitious attempt to collect sequential-art adaptations of those works into three massive volumes such a uniquely powerful piece of art? Because, while it can serve as a study of cultures and histories or as a pedagogical tool (as the source lists, further-reading section, and four indices attest), what this first volume does best is showcase the extraordinary potential of the artform itself. … Through the reprinted and newly-produced work of 59 (mainly American) adapters and 58 adapted titles, this is not only a survey of the world's diverse artistic past, but also a breathtaking glimpse of this young medium's incredible future.”

“Absolutely the most ambitious book I've picked up all year.”

“This meaty slab is laced with more wit, beauty, social commentary and shock than one might expect ... If artists, as British sculptor Anish Kapoor famously said, make mythologies, then this volume is genuinely a marriage of equals.”

“Looks like a must-buy for all academic libraries, many public libraries, and many high schools, and an exciting new benchmark for comics!”

“This is a masterpiece of literary choices as well as art and interpretation. It is a perfect graduation or summer-reading present, and the solid editing, including introductory notes for each piece, makes it a required purchase for any library.”