Manifesto for Another World

Voices from Beyond the Dark 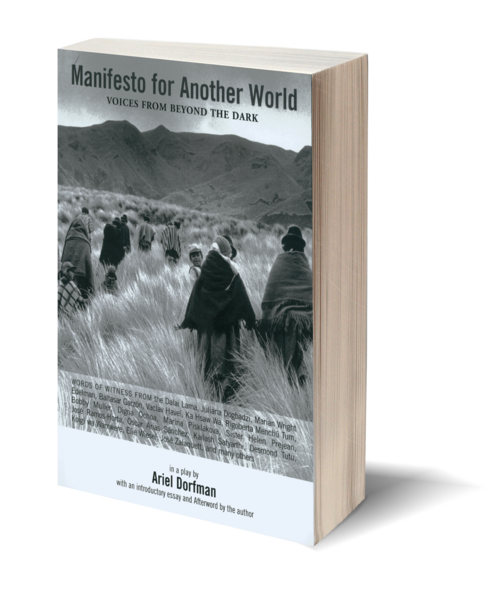 In this interlocking prose web of first-person testimony, novelist, poet, and playwright Ariel Dorfman relates the struggles of fifty human rights activists hailing from more than forty countries. Manifesto for Another World features the words and struggles of internationally celebrated activists including Vaclav Havel, Baltasar Garzon, Helen Prejean, and Marian Wright Edelman; and Nobel Prize Laureates the Dalai Lama, Desmond Tutu, Elie Wiesel, Oscar Arias Sanchez, Rigoberta Menchu Tum, Jose Ramos-Horta, and Bobby Muller. Equally moving are the stories of more than thirty others, unknown and (as yet) unsung beyond their national boundaries: Kailash Satyarthi, who has spent a lifetime working to free tens of thousands of victims of child labor in his native India; Juliana Dogbadzi, who was sold into sexual slavery by her parents at age twelve, escaped after seventeen degrading years and now is devoted to the liberation of African girls bound in the same terror. From their ranging voices Dorfman culls the message: freedom from persecution, and freedom of opportunity, for all. Manifesto for Another World is both a political testament and a work of art.

Manifesto for Another World Ariel Dorfman

Ariel Dorfman is considered to be one of “the greatest Latin American novelists” (Newsweek) and one of the United States’ most important cultural and political voices. A Chilean-American author born in Argentina, his numerous award-winning works of fiction, nonfiction and poetry have been published in more than fifty  languages. His play, Death and the Maiden, which has been performed in over one hundred countries, was made into a film by Roman Polanski. Among his works are the novels Widows, The Nanny and the Iceberg, Mascara and Konfidenz, and the memoirs Heading South, Looking Northand Feeding on Dreams. He recently published a collection of essays, Homeland Security Ate My Speech: Messages from the End of the World. He contributes to major papers worldwide, including frequent comments in The New York Times, The Nation and the New York Review of Books. His stories have appeared in The New Yorker, the Atlantic, Harper’s, Playboy, Index on Censorship and many other magazines and journals. A prominent human rights activist, he lives with his wife Angélica in Chile and Durham, North Carolina, where he is the Walter Hines Page Emeritus Professor of Literature at Duke University.