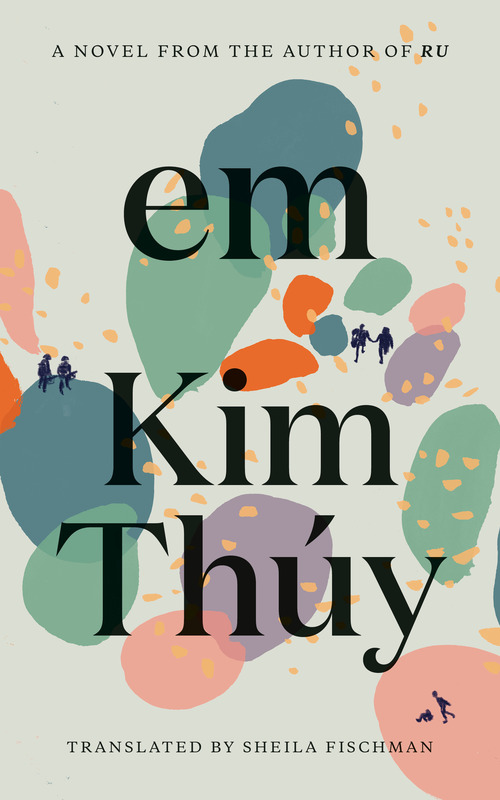 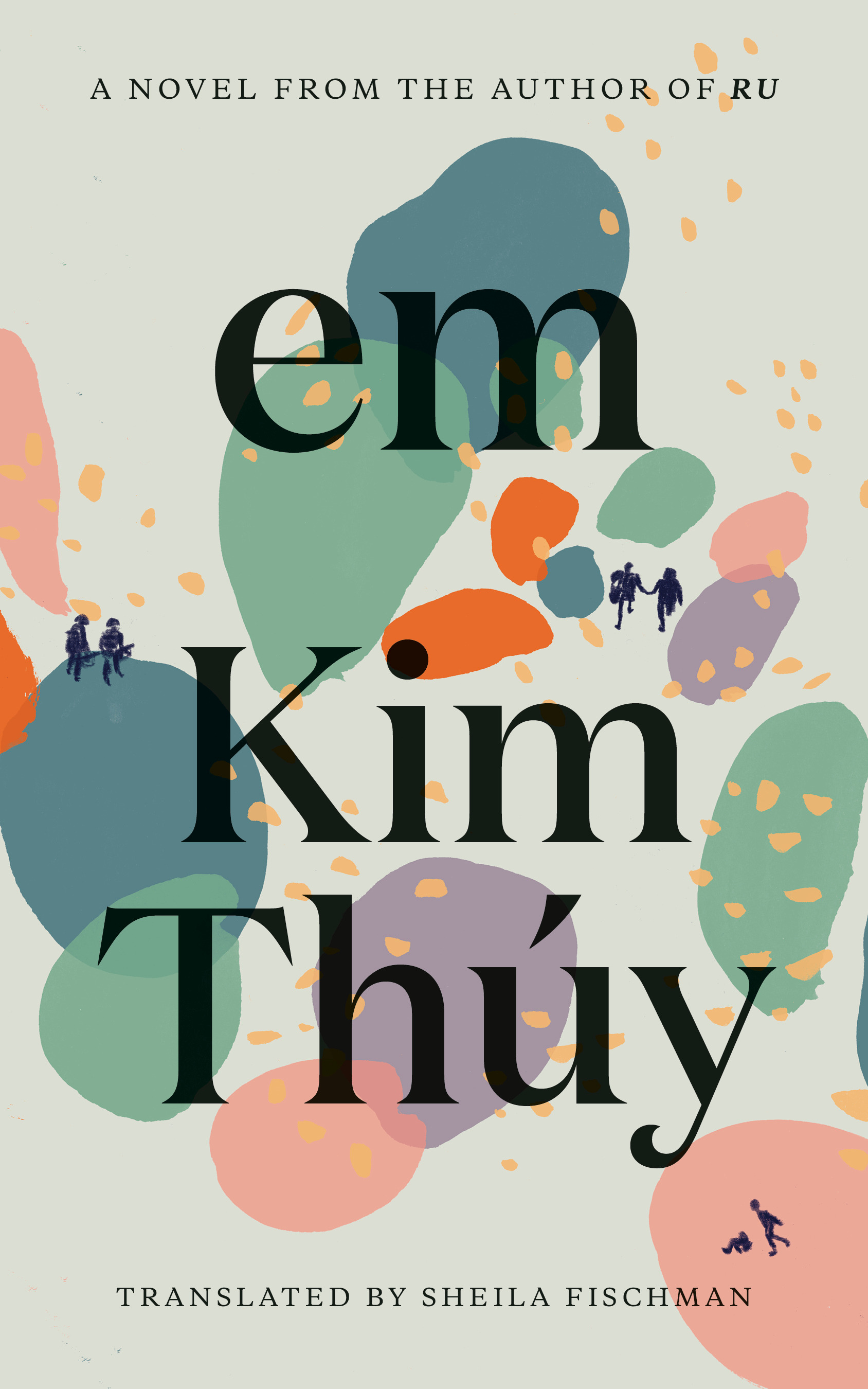 A novel of the emotional intricacies of trauma and exile, from the author of international bestselling Ru

Emma-Jade and Louis are born into the havoc of the Vietnam War. Orphaned, saved and cared for by adults coping with the chaos of Saigon in free-fall, they become children of the Vietnamese diaspora. Em is not a romance in any usual sense of the word, but it is a word whose homonym--aimer, to love--resonates on every page, a book powered by love in the larger sense. A portrait of Vietnamese identity emerges that is wholly remarkable, honed in wartime violence that borders on genocide, and then by the ingenuity, sheer grit and intelligence of Vietnamese-Americans, Vietnamese-Canadians and other Vietnamese former refugees who go on to build some of the most powerful small business empires in the world. Em is a poetic story steeped in history, about those most impacted by the violence and their later accomplishments. In many ways, Em is perhaps Kim Thúy's most personal book, the one in which she trusts her readers enough to share with them not only the pervasive love she feels but also the rage and the horror at what she and so many other children of the Vietnam War had to live through.

Written in Kim Thúy's trademark style, near to prose poetry, Em reveals her fascination with connection. Through the linked destinies of characters connected by birth and destiny, the novel zigzags between the rubber plantations of Indochina; daily life in Saigon during the war as people find ways to survive and help each other; Operation Babylift, which evacuated thousands of biracial orphans from Saigon in April 1975 at the end of the Vietnam War; and today's global nail polish and nail salon industry, largely driven by former Vietnamese refugees--and everything in between. Here are human lives shaped both by unspeakable trauma and also the beautiful sacrifices of those who made sure at least some of these children survived.

Available for pre-order. This item will be available on October 26, 2021.

“Just like tender, strong and graceful Vietnamese silk threads, Kim Thúy masterfully weaves us through Vietnam’s 20th-century history while binding us to the lives of its people so that their experiences expand our worldview. EM is an original, innovative, poetic and haunting novel that deserves to be read, shared, studied and discussed.”

“Expertly handled by her long-time translator, Sheila Fischman, the text juxtaposes horror and beauty to lasting effect. The prose is poised and elegant even when describing atrocity. … This is Thúy’s most ambitious and affecting book yet. Both sprawling and intimate, Em amplifies her storytelling and is a moving memorial to survivors and those who perished alike.”

“A constellation of connected characters provides a snapshot of Vietnam and the Vietnamese diaspora in North America from French colonization to life after the war. Thúy, who was born in Vietnam and lives in Quebec, delivers a series of interconnected vignettes in her new novel. The book is in conversation with a drawing by Quebecois artist Louis Boudreault that appears toward the end of the text and shows a box with many threads attached. The characters — a French rubber plantation owner and the girl he takes from the fields to be his wife, their daughter, her nanny, and an outwardly expanding roster of other people — embody the overlapping, connected threads in the painting. The book starts with an explanation of the title: “The word em refers to the little brother or little sister in a family; or the younger of two friends; or the woman in a couple. I like to think the word em is the homonym of the verb aimer, “to love,” in French, in the imperative: aime.” In the narrative, small movements have large effects; love is both healing and misguided. Thúy moves the reader from a rubber plantation to the village of My Lai; from Charlie Company’s massacre to Operation Babylift and the experiences of orphans adopted by American families; from Saigon to nail salons and the cancer-causing chemicals found at both rubber plantations and salons. Characters appear and reappear as the threads weave together in economical but potent prose. Thúy troubles the line between fiction and nonfiction and their different ideas of truth: “In this book, truth is fragmented, incomplete, unfinished, in both time and space.” The book is human-focused and not a historical account; in the end, it feels like a work of visual and literary art at once. A brief, moving meditation on the nature of truth, memory, humanity, and violence: a powerful work of art.”

“Somewhere between autobiographical novel and prose poetry, Em is a portrait of Vietnamese identity and the ways violence, place, and family can act as a profound training ground for what it means to be human. Emma-Jade and Louis are orphaned amidst the crumbling of Saigon. A product of wartime violence, Thúy intricately explores notions of the diaspora through each character’s connection to displacement and fate, deftly showing humanity’s resilience. Em is a beautifully crafted meditation on what it means to be alive.”

“Translated from French, Thúy's latest, semi-autobiographical novel traces its roots from wartime Vietnam to modern day Quebec, exploring the resonating effects of Vietnamese immigrant identity in North America. After reading Em in both French and English, I was astounded by Fischman's translation. It's beautifully done, capturing the essence and emotion of the original text while bringing forth new meaning. This is an absolute powerhouse of a novel, on par with Crying in H-Mart and Homegoing.”

Born in Saigon in 1968, Kim Thúy left Vietnam with the boat people when she was 10 and settled in Quebec with her family. As well as being a writer, she has degrees in translation and law and has worked as a seamstress, interpreter, lawyer and restaurant owner. Her debut novel, Ru, was published in 2009 and became a bestseller in Quebec and in France, garnering several prestigious literary awards, including a Governor General's Award in 2010. Translation rights have been sold in twenty-eight languages. She has also written À toi (Yours), with Pascal Janovjak, Mãn and Vi--in addition to a cookbook, Le Secret des Vietnamiennes (Secrets from My Vietnamese Kitchen).