A Life for Peace and Justice 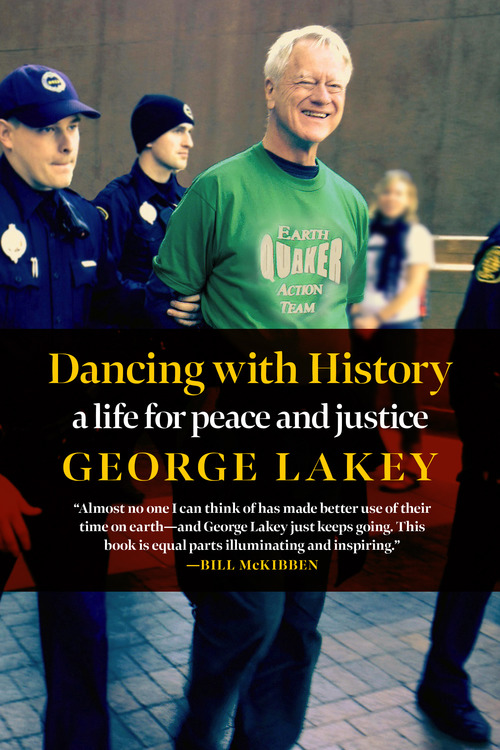 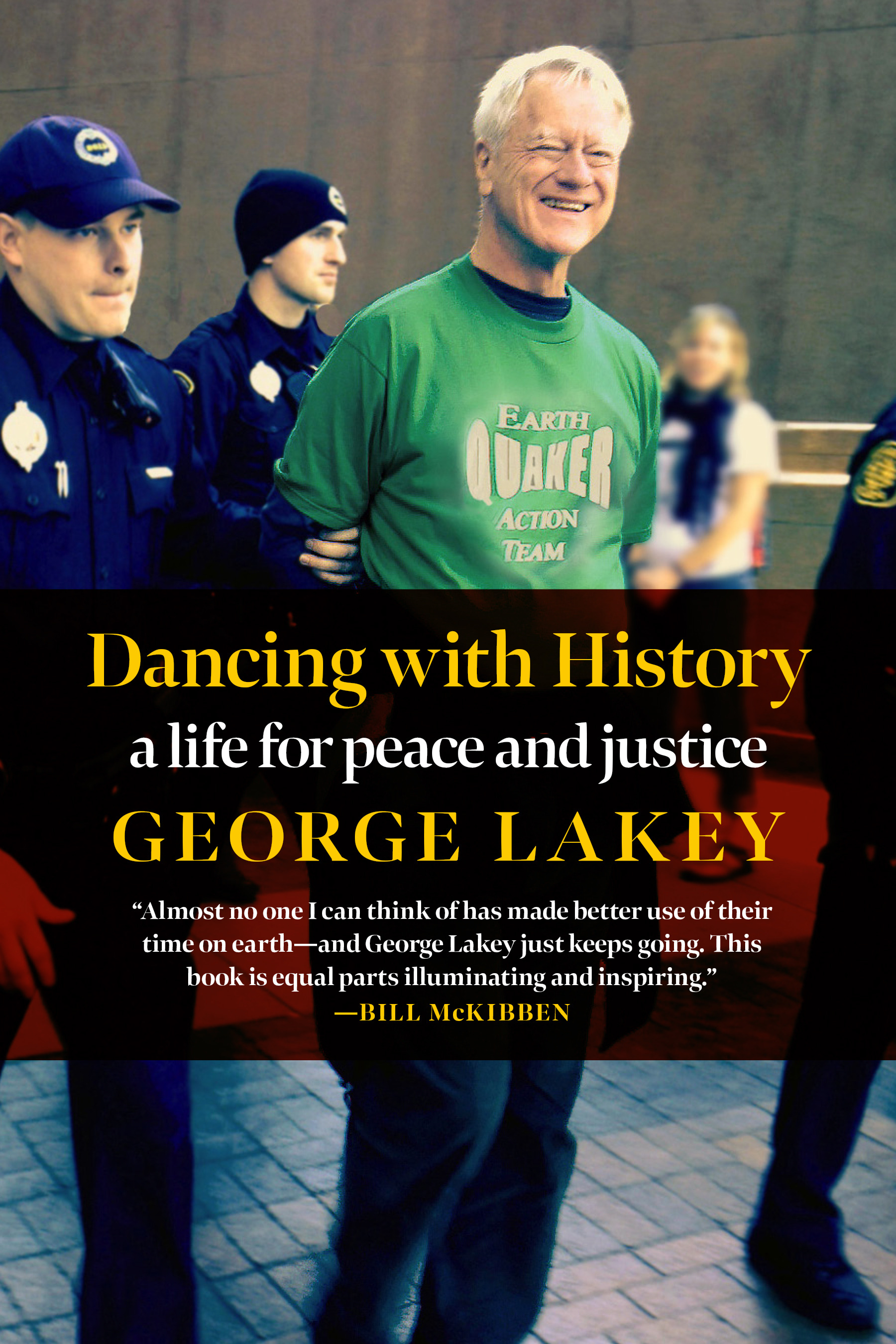 A memoir of a Quaker activist and master storyteller on his involvement in struggles for peace, civil rights, LGBTQ rights, labor justice, and the environment, whose life will be the subject of a new documentary film coming in 2022.

From his first arrest in the Civil Rights era to his most recent during a climate justice march at the age of 83, George Lakey has committed his life to a mission of building a better world through movements for justice. Lakey draws readers into the center of history-making events, telling often serious stories with playfulness and intimacy. In this memoir, he describes the personal, political, and theoretical—coming out as bisexual to his Quaker community while known as a church leader and family man, protesting against the war in Vietnam by delivering medical supplies through the naval blockade in the South China Sea, and applying his academic study of nonviolent resistance to creative tactics in direct action campaigns.

From strategies he learned as a young man facing violence in the streets to risking his life as an unarmed bodyguard for Sri Lankan human rights lawyers, Lakey recounts his experience living out the tension between commitment to family and mission. Drawing strength from his community to fight cancer, survive painful parenting struggles, and create networks to help prevent activist burnout, this book shows readers how to find hope in even the darkest times through strategic, joyful activism.

In his new memoir Dancing with History: A Life for Peace and Justice, Quaker activist George...

“I have been waiting for years for George Lakey to write a memoir. Now it has arrived, and we are blessed with his reflections on a career that weaves through an improbably expansive list of the last century’s major social movements, recounting George’s contributions to civil rights, anti-war, pro-democracy, LGBTQ liberation, labor, and environmental causes. This book is a marvelous account of a life filled with organizing for peace, justice, and freedom. It has been well worth the wait.”

– Mark Engler, journalist and co-author of This Is an Uprising: How Nonviolent Revolt Is Shaping the Twenty-First Century

“Almost no one I can think of has made better use of their time on earth—and George Lakey just keeps going. This book is equal parts illuminating and inspiring!”

– Bill McKibben, author of The Flag, the Cross, and the Station Wagon: A Graying American Looks Back at His Suburban Boyhood and Wonders What the Hell Happened

“George is a true elder, one who shows up to support the diverse, youth-led nonviolent direct action campaigns of today.”

“George Lakey is a hero, but not the kind that wears a cape or stands on mountaintops declaring victory. He's one of those quiet, tireless heroes who doesn't think of himself as a hero. George is simply living his life the way he knows a life should be lived—steadily, lovingly, bravely, joyfully, honestly, and with an absolutely unmatchable excitement for life. He has spent his life fighting for freedom—for himself and for all of us—and this book, full of adventures and lessons, is still only a snapshot of that, but more than enough to remind us of what is important: That we can be heroes too.”

“George reminds us that ‘you can’t beat somebody with nobody’ and he has been a somebody for countless justice, peace and social movements. This book invites action rooted in deep listening, inserted in community, and inspired by love.”

“George Lakey is a national treasure, whom I met when I was 22. Dancing with George was a blast. His unstoppable, thoughtful, contagious approach to democratic action has inspired my life’s work. It’s a story Americans need now more than ever.”

“George Lakey’s memoir is an epic of the personal in flow with the political – a dance with history indeed! As such, it is an outstanding example in the rich tradition of Quaker spiritual autobiography.”

– Doug Gwyn, author of A Sustainable Life: Quaker Faith & Practice in the Renewal of Creation 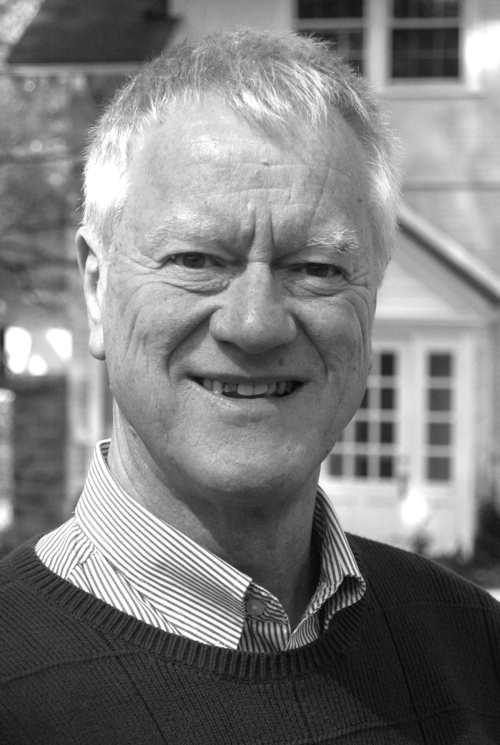 GEORGE LAKEY was born into a white working-class family in a small town in rural Pennsylvania and has been active in direct action campaigns for seven decades. Recently retired from Swarthmore College, where he was the Eugene M. Lang Visiting Professor for Issues of Social Change, Lakey was first arrested at a civil rights demonstration in March 1963, and his most recent arrest was in June 2021, during a climate justice march. A Quaker, he has been named Peace Educator of the Year and was given the Paul Robeson Social Justice Award and the Martin Luther King Peace Award. His previous books include Viking Economics: How the Scandinavians Got It Right—and How We Can, Too and How We Win: A Guide to Nonviolent Direct Action Campaigning. He lives in Philadelphia.