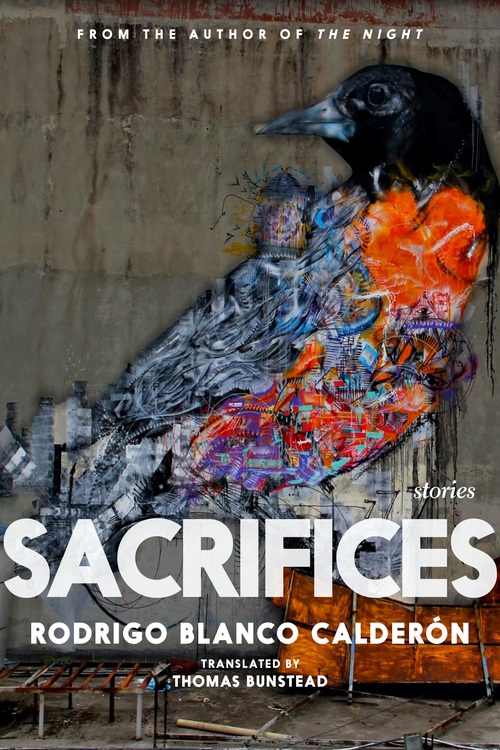 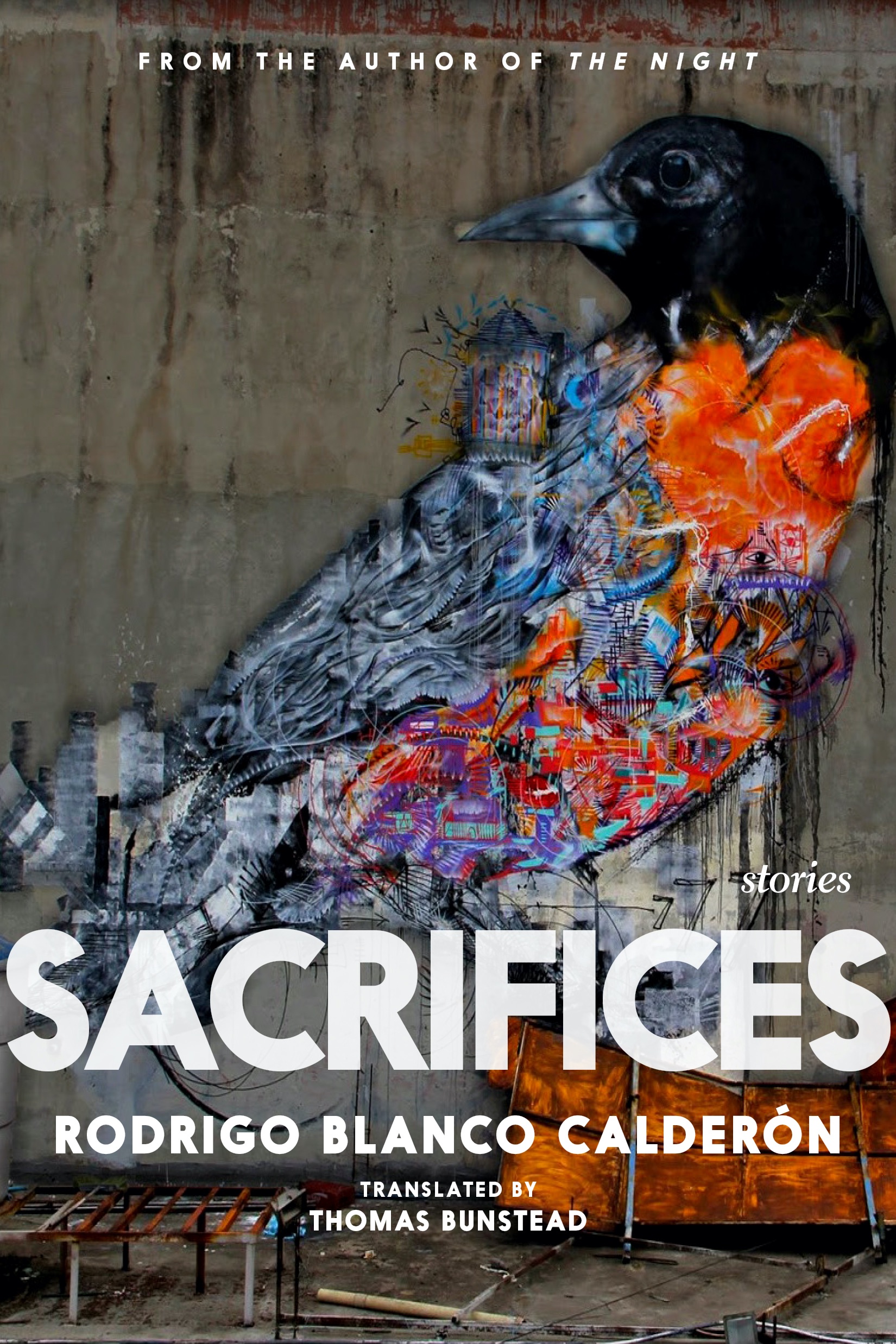 These revelatory short stories tread the line between surrealism and realism with strange, appealing characters who take on a sacrifice in spite of themselves.

A followup to his first novel, The Night (winner of the Rive Gauche à Paris Prize for foreign books in 2016), this collection of short stories by Venezuelan literary star Rodrigo Blanco Calderón features a taxidermist painter, a blind man lost in Mexico City, a female motorcyclist who rides naked through the night, a foreigner who learns a language making confessions in Paris churches, and a dying pilot who finds peace in a reading of Antoine de Saint-Exupéry.

Impeccable and masterful in his storytelling, Calderón constructs a nocturnal cast of characters who become the victims and executioners of a sacrifice in the midst of a floundering Venezuela, others with the threat of terrorism in France, or in a Mexico symbolizing the first shots of the revolution.

“Rodrigo Blanco Calderón is one of the most ambitious narrative voices of his generation. His prose is violent and unrelenting. Effective. Sordid.”

“Venezuelan writer Calderón (The Night) returns with a wonderfully bizarre and dreamlike collection. The narrator of “Petrarch” confides how it felt to finally graduate from high school at 21 in Mexico City, to be named for a 13th-century poet, and how his hair turned white as a kid. “Black Holes” follows a new taxi driver trying to support his teenage son. Late at night, while shooting the breeze with other cabbies, the driver learns about “Big Tits,” his colleagues’ name for a woman whose supposedly rides naked around town on her motorcycle, and becomes obsessed with seeing her. “The Mad People of Paris” follows the aftermath of the Bataclan massacre in 2015 as the narrator, a researcher visiting the city 10 days after the attack, meets people still in recovery and describes the grief carried by Parisians as “a kind of invisible shawl.” Calderón’s precise prose here (and throughout) is wonderfully translated by Bunstead, as the narrator remarks how “the silence of those days was a scarf made of the very air, wrapped close around the necks of the locals and we foreigners alike.” Calderón brings a delicate focus to his characters’ strange encounters. This writer continues to impress.” 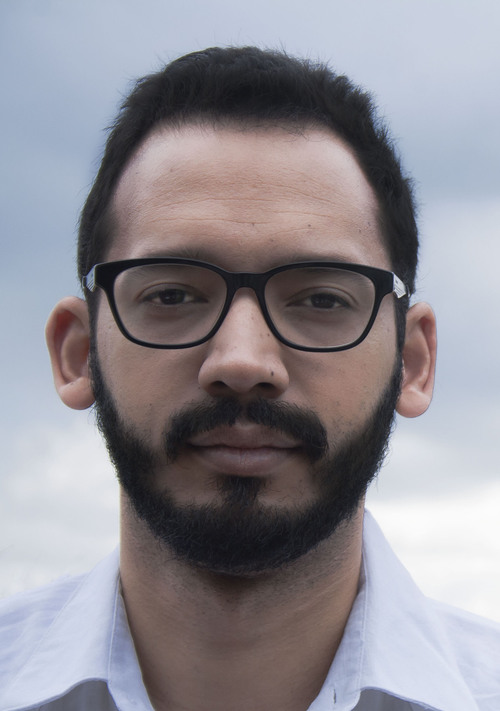 Other books by Rodrigo Blanco Calderon 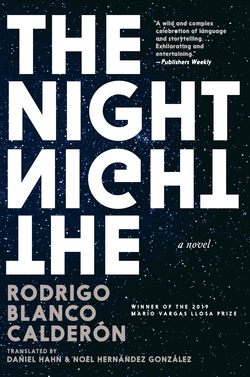