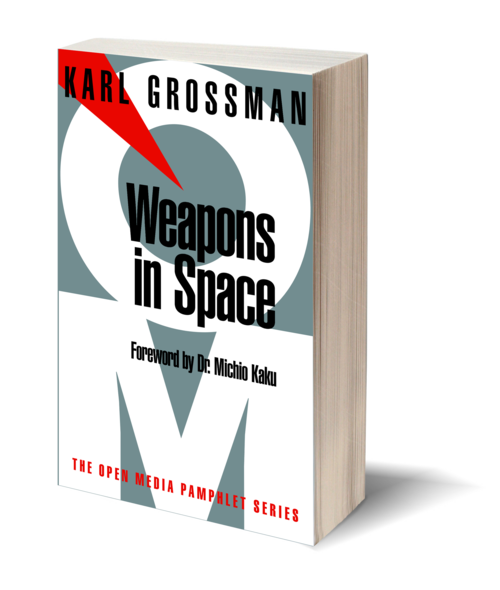 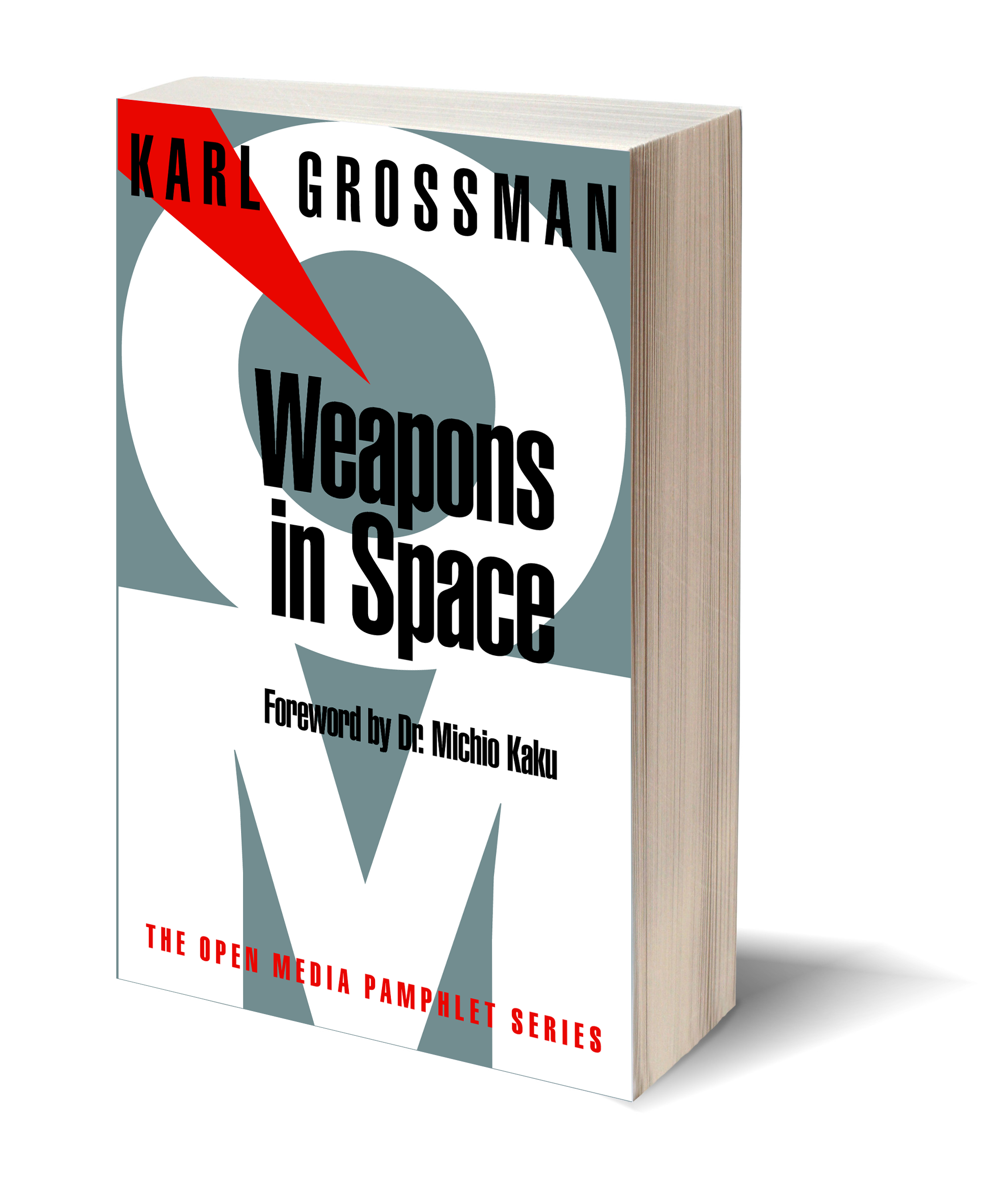 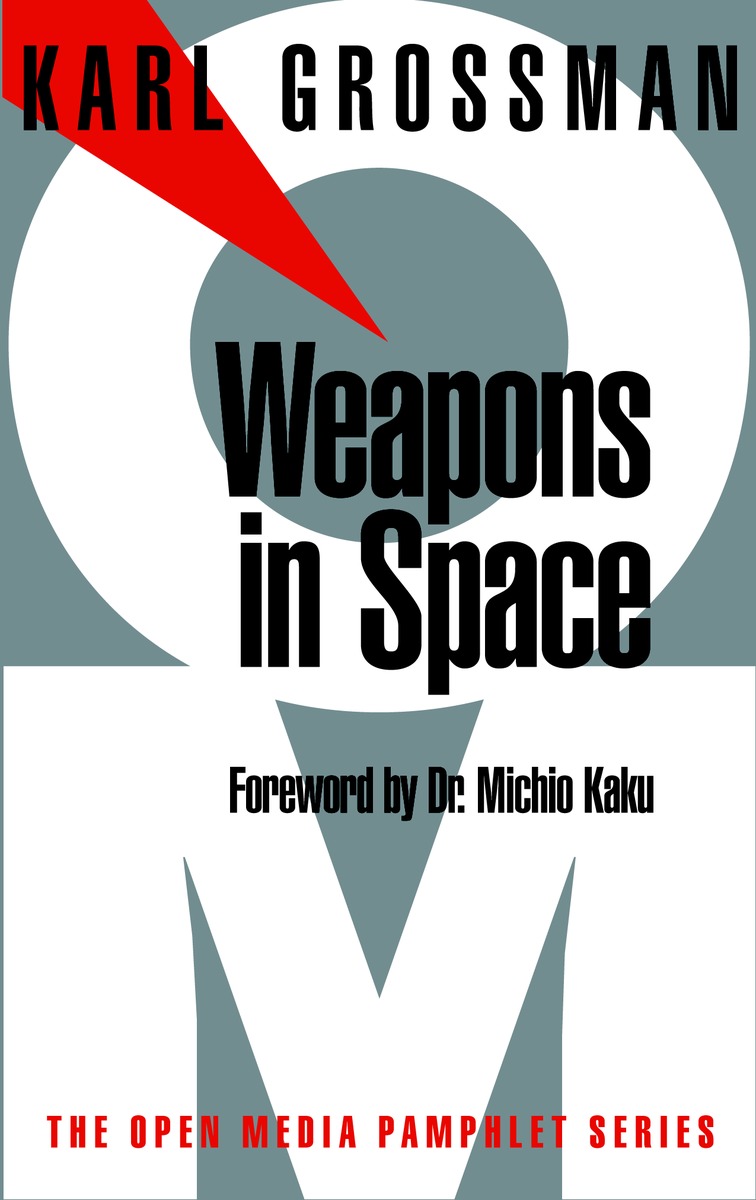 Weapons in Space examines how the United States is forcing forward—in violation of international treaties—to militarize space. Based on excerpts from U.S. government documents, award-winning investigative journalist Karl Grossman outlines the U.S. military's space doctrine, its similarity with the original Stars Wars scheme of Ronald Reagan and Edward Teller, and the space-based lasers, hypervelocity guns, and particle beams it plans to deploy in its mission to "dominate" earth.

Grossman shows the intimate link between the militarization and the nuclearization of space, and follows the flow of billions of U.S. tax dollars to the corporations that research and develop weapons for space. His book explains the Outer Space Treaty and gives a history of the Global Network Against Weapons and Nuclear Power in Space: what it is doing, what it plans to do—and what the reader can do to challenge U.S. plans to turn the heavens into a war zone.

“Karl Grossman has been the leading journalist unraveling the complexities and wickedness of the new Star Wars scenarios, which would threaten all life on Earth with a new nuclear arms race, lateral proliferation of nuclear weapons, and inevitable nuclear winter. I strongly suggest therefore that this book be read by all people who have some investment in the continuation of life on this planet.”

“Darth Vaders Death Star was a work of fiction, but as Karl Grossman reveals, there is a real Federation (an alliance of military-industrial forces) that is quietly plotting the takeover of space. These dark forces are planning to seize and control space—the ultimate strategic high ground. The laser guns, particle beam accelerators, and plutonium-powered orbiting reactors of the original Star Wars system are still on the drawing boards (and some already are on the launch pads). Over the past decade, no one has done more to expose and challenge this one-sided race to arm the heavens than Professor Grossman. When the ultimate history is written of the battle to keep weapons out of space, Karl Grossman deserves to be saluted as the Luke Skywalker of investigative journalism.”

“The consequences of the proposed National Missile Defense, designed to enhance the United States first strike capability, are alarming enough: nuclear conflict, more likely, a new nuclear arms race, the destruction of the Anti-Ballistic Missile Treaty. Yet it is just the precursor to the even more frightening scenario that Karl Grossman sets before us: an all-powerful United States using space to dominate a unipolar world to further its own interests. Real security is mutual and will be based on trust and equality in a multipolar world. None of us will be free until we are all free.” 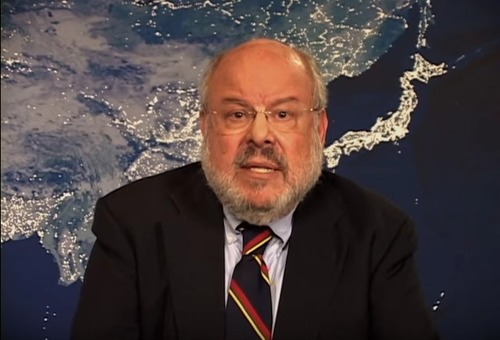 KARL GROSSMAN has specialized in investigative reporting for more than forty years. Honors he has received include the George Polk, the James Aronson, and the John Peter Zenger Awards. He is the author of many books of reportage, including Weapons in Space, The Wrong Stuff: The Space Program’s Nuclear Threat to Our Planet, and Cover Up: What You Are Not Supposed to Know About Nuclear Power. Grossman is a professor of journalism at the State University of New York, Old Westbury, where he teaches investigative reporting. He lives in Sag Harbor, New York.