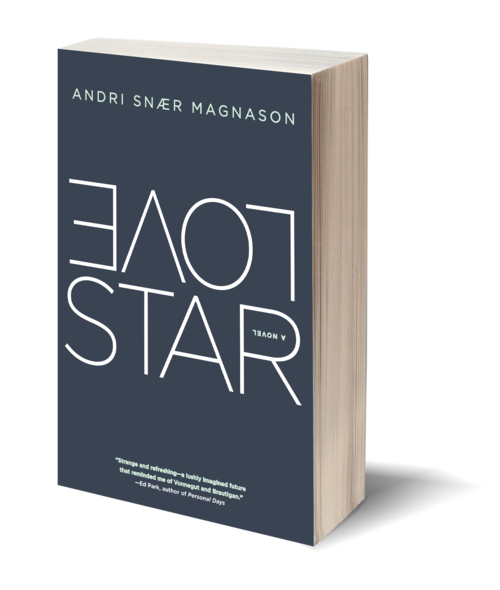 LoveStar, the enigmatic and obsessively driven founder of the LoveStar corporation, has unlocked the key to transmitting data via birdwaves, thus freeing mankind from wires and devices, and allowing consumerism, technology, and science to run rampant over all aspects of daily life. Cordless modern men and women are paid to howl advertisements at unsuspecting passers-by, REGRET machines eliminate doubt over roads not taken, soulmates are identified and brought together (while existing, unscientifically validated relationships are driven remorselessly asunder), and rocketing the dead into the sky becomes both a status symbol and a beautiful, cathartic show for those left behind.

Indridi and Sigrid, two blissfully happy young lovers, have their perfect worlds threatened (along with Indridi's sanity) when they are "calculated apart" and are forced to go to extreme lengths to prove their love. Their journey ultimately puts them on a collision course with LoveStar, who is on his own mission to find what might become the last idea in the world.

Steeped in influences ranging from Italo Calvino, Jorge Luis Borges, and Kurt Vonnegut to George Orwell, Douglas Adams, and Monty Python, Andri Snær Magnason has created a surreal yet uncomfortably familiar world, where the honey embrace of love does its utmost to survive amid relentless and overpowering controls.

“Orwell, Vonnegut, and Douglas Adams are felt on every page, though Magnason is never derivative. His satire and insightful social commentary sweeten the pot and the sheer wackiness of Magnason’s oversized imagination is invigorating.”

“Strange and refreshing—a lushly imagined future that reminded me of Vonnegut and Brautigan.”

“[Showing] the fragility of our vision of the world and how easily our best ideas can be transformed into nightmares, LoveStar is told with a relish for narrative and an adventurous crescendo at the very end.”

“[LoveStar] holds a mirror up to our high-tech society … [A] well conceived novel about our badly conceived times.”

“A highly entertaining and incredibly exciting story that will set your imagination flying.” 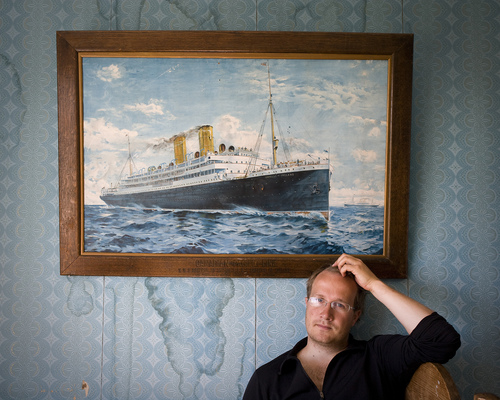 One of Iceland’s most celebrated young writers, Andri Snær Magnason is the author poetry, plays, fiction, and non-fiction, and in 2009 he co-directed the documentary Dreamland, which was based on his own book Dreamland: A Self-Help Manual for a Frightened Nation. In 2002 Magnason’s LoveStar was named "Novel of the Year" by Icelandic booksellers and received the DV Literary Award and a nomination for the Icelandic Literary Prize. It was also shortlisted for the 2013 Philip K. Dick Award. His 2012 The Story of the Blue Planet—now published or performed in twenty-six countries—became the first children's book to receive the Icelandic Literary Prize and received the Janusz Korczak Honorary Award and the West Nordic Children's Book Prize. Magnason is the winner of the 2010 Kairos Award. He lives in Reykjavík.

Other books by Andri Magnason 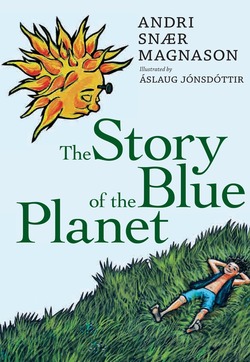 The Story of the Blue Planet