HAL SCHRIEVE grew up in Olympia, Washington, and has never met a werewolf. Xie has worked as an after-school group leader, a summer camp counselor, a flower seller, a tutor, a grocer, and a babysitter. Hal has had poetry in Vetch magazine, and is featured in Stacked Deck Press's 2018 trans comics anthology We're Still Here. Hal earned hir Master's in Library Science from Queen's College and works as a Children's Librarian at New York Public Library. Out of Salem, hir debut novel, received starred reviews from Kirkus and Publisher's Weekly and was longlisted for the National Book Award for Young People's Literature. Hal lives in Brooklyn.

How to Get Over the End of the World 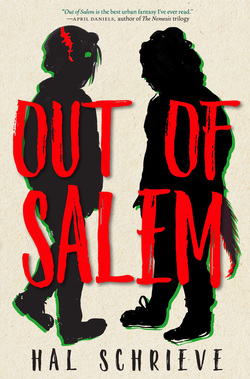