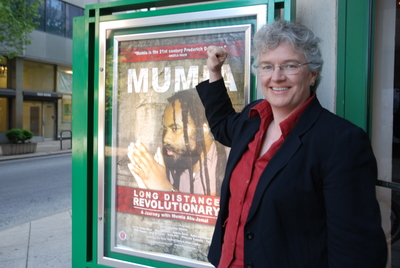 NOELLE HANRAHAN is an investigative journalist and the director of Prison Radio, a project of the Redwood Justice Fund. Since 1992 she has been producing Mumia Abu-Jamal’s radio commentaries. In 1994 she recorded and placed the commentaries of Mumia Abu-Jamal with National Public Radio’s premier news program All Things Considered. The essays were censored at the behest of Senator Bob Dole and the Fraternal Order Police, and are now compiled in All Things Censored and edited by Hanrahan. A graduate of Stanford University, where she designed her own major in Gender, Race, and Class Studies, Hanrahan lives in Northern California with her daughter Miranda.