by Leonard Miller and Andrew Simon 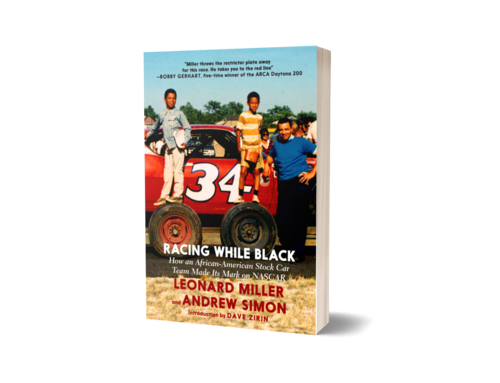 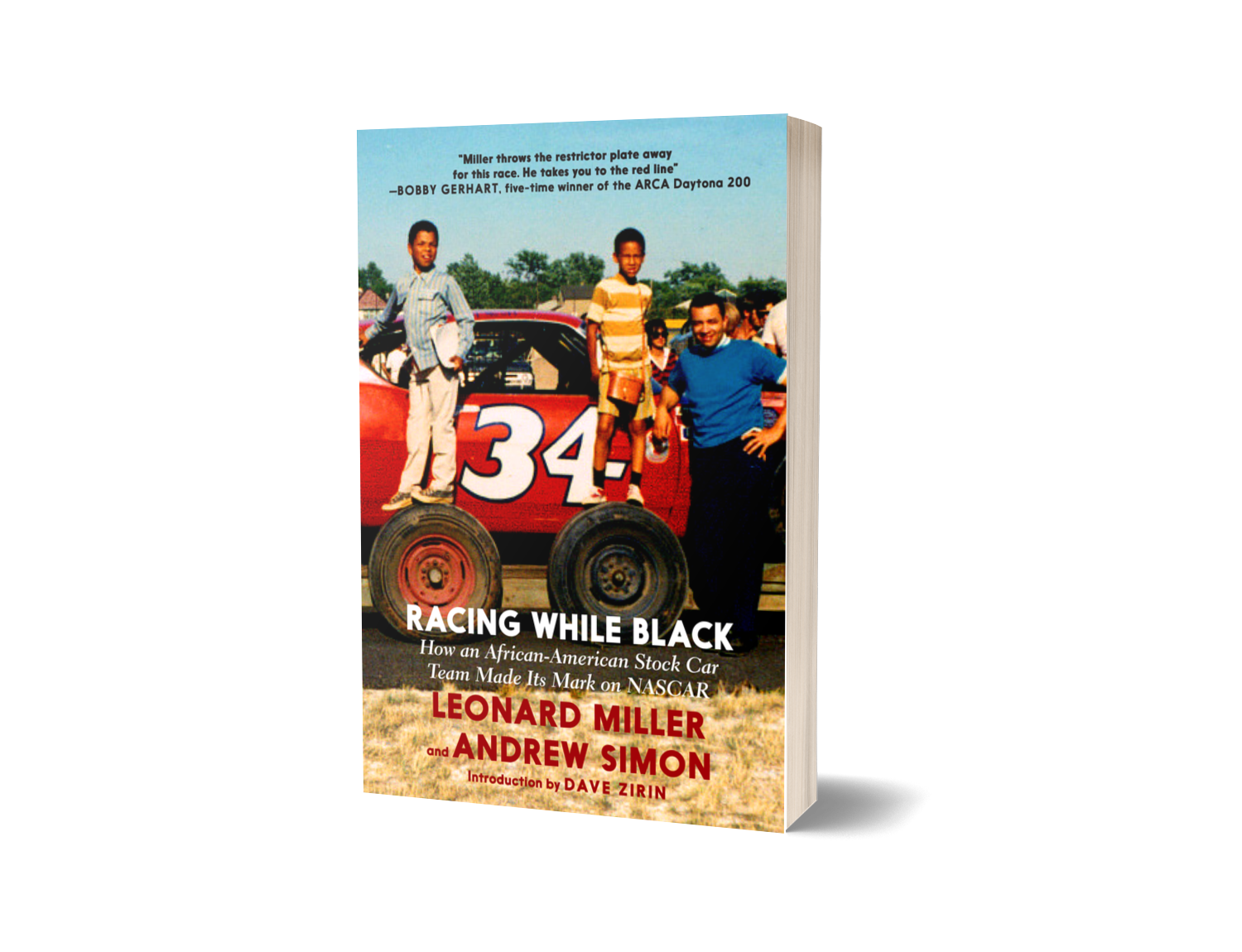 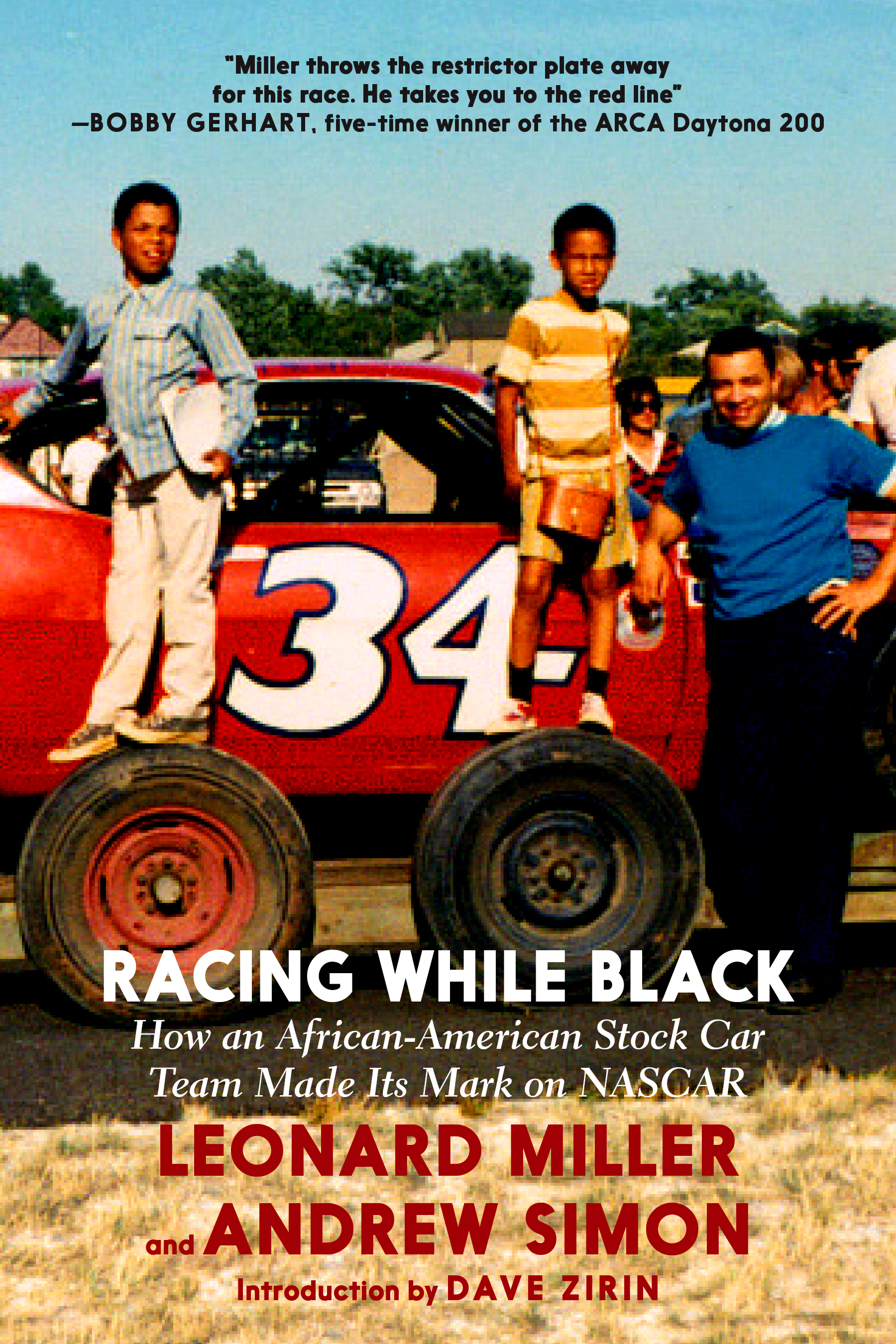 Starting a NASCAR team is hard work. Starting a NASCAR team as an African American is even harder. These are just a few of the lessons learned by Leonard T. Miller during his decade and a half of running an auto racing program. Fueled by more than the desire to win, Miller made it his goal to create opportunities for black drivers in the vastly white, Southern world of NASCAR. Racing While Black chronicles the travails of selling marketing plans to skeptics and scraping by on the thinnest of budgets, as well as the triumphs of speeding to victory and changing the way racing fans view skin color. With his father—former drag racer and longtime team owner Leonard W. Miller—along for the ride, Miller journeys from the short tracks of the Carolinas to the boardrooms of the "Big Three" automakers to find out that his toughest race may be winning over the human race.

Available for pre-order. This item will be available on July 27, 2021.

“Miller throws the restrictor plate away for this race. He takes you to the red line.”

“You don't have to have motor oil running through your veins to savor the rich slice of contemporary Americana that Miller and Simon serve up—an unlikely team's journey through the grimy garages and cool corporate offices where one of the nation's fastest-growing spectator sport actually gets played. And if you are a racing freak, this is a book that tells secrets, names names and exposes the divisions that still constrict the sport.”

“As a racing team executive, co-author Leonard T. Miller brings an insider's knowledge to the story. This book will help readers understand why NASCAR, unlike other major sports, remains all-white at its top level. Racing While Black is an illuminating, action-packed journey through a little-known chapter in our country's racial history.”

“Making it to the big leagues of American motorsports is a nearly impossible climb. As we learn from Mr. Miller, when you're an African-American, that climb becomes Mt. Everest. That's what makes this account so important.” 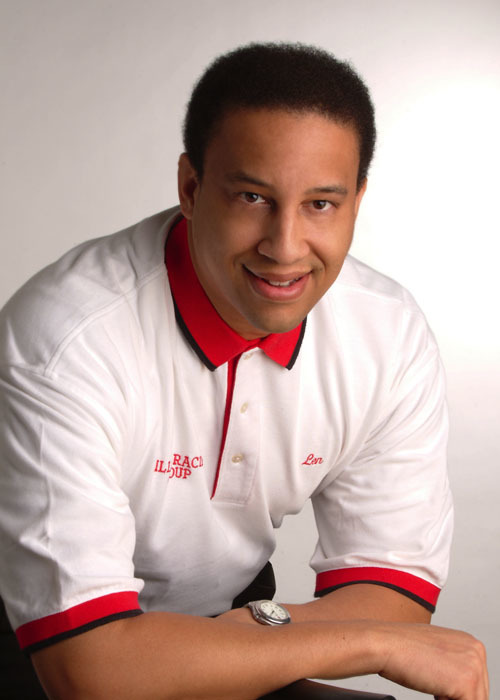 Leonard T. Miller is a second-generation African-American auto racing team owner, the president of Miller Racing Group, Inc, and a veteran commercial airline pilot. His father, Leonard W. Miller, entered a team in the 1972 Indianapolis 500 and was inducted into the Black Athletes Hall of Fame. 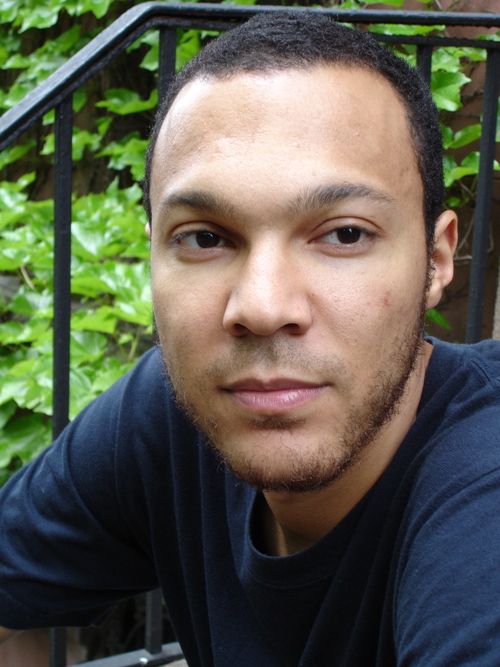 Andrew Simon is a writer and editor living in Brooklyn, New York. For over a decade he has covered music, sports, and pop culture for Rolling Stone, VIBE, Complex, and ESPN Magazine. He is currently a features writer for Major League Baseball.