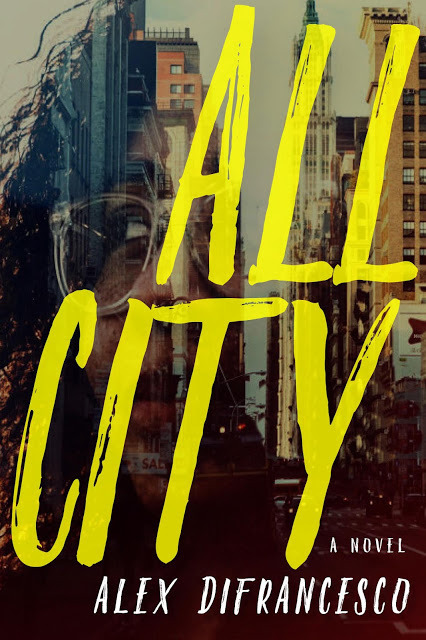 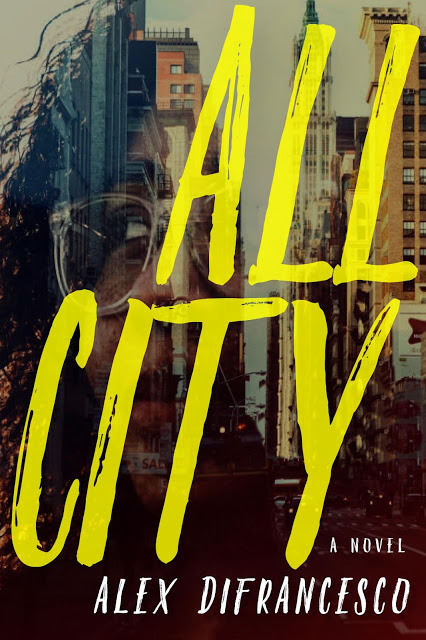 In a near-future New York City in which both global warming and a tremendous economic divide are making the city unlivable for many, a huge superstorm hits, leaving behind only those who had nowhere else to go and no way to get out.

Makayla is a twenty-four-year-old woman who works at the convenience store chain that’s taken over the city. Jesse, an eighteen-year-old, genderqueer, anarchist punk lives in an abandoned IRT station in the Bronx. Their paths cross in the aftermath of the storm when they, along with others devastated by the loss of their homes, carve out a small sanctuary in an abandoned luxury condo. In an attempt to bring hope to those who feel forsaken, an unnamed, mysterious street artist begins graffitiing colorful murals along the sides of buildings. But the castaways of the storm aren’t the only ones who find beauty in the art. When the media begins broadcasting the emergence of the murals and one appears on the building Makayla, Jesse, and their friends are living in, it is only a matter of time before those who own the building come back to claim what is theirs. Alex DiFrancesco's All City is more than a novel, it’s a foreshadowing of the world to come.

“At last, a future New York novel with heart and heft. A hammer blow aimed at the present and its shiny display of bougie hipster climate capitalism. Read it!”

– Siddhartha Deb, author of The Beautiful and the Damned

“This loving, grieving warning thoughtfully traces the resilience, fragility, and joy of precarious communities in an immediate, compassionate voice”

“Alex DiFrancesco's All City walks a razored line between hope and hopelessness, never forgetting that only a few are privileged to have a surfeit of the former. This is a harrowing and powerful love letter to a city on the edge of a slow apocalypse, and to the people that city—and the world—threatens to leave behind as it moves against the rising tide of an uncertain future.”

– Indra Das, Author of The Devourers

“All City provides a vivid, all-too-realistic glimpse into our climate-change future. Portraying the best and worst of what makes us human, the novel celebrates community-building, survival, and the possibility of hope, while criticizing the institutions that actively work to divide us. It is a rallying cry worth echoing.”

– Ilana Masad, author of All My Mother's Lovers

“Alex DiFrancesco’s All City is a small miracle. Set in a storm-ravaged near-future New York City, it is that rarest of novels, one that begins as an unrelenting nightmare, then dares us to feel greater and greater hope as it goes on. It’s about building a community amid the wreckage of what came before and about the choices we must make when there are no good choices to be made. A fiercely empathetic tour of a disaster most of us don’t realize is already here, All City is a novel everyone concerned about the health and survival of our cities must read.”

“All City engages the near future in New York City—a future we cannot help but imagine and fear—a city under water. A city whose heightened inequalities give way to complete chaos. The novel hits close to home, with a cast of characters who respond by producing a little utopia, amid a lot of dystopia, as they navigate the water, the chaos, and their relationships. Survival swirls together with loss, giving readers cold—and clammy—comfort.”

“I was mesmerized by this story about the tragic collision of global warming and capitalism, and how love creeps in to sustain and nurture, even when it's been reduced to a memory.”

– Mary Adkins, author of When You Read This

“Alex DiFranceso’s new book is set in the near future, but some may find it a bit too near for comfort. After New York City is devastated by climate change, gentrification and capitalism and then engulfed by a superstorm, several survivors, including genderqueer anarchist Jesse and convenience store worker Makayla, try to make their way in this new reality—which could be our own sooner than we realize if we don’t heed this warning”

“With All City, DiFrancesco breaks the speculative fiction/social commentary divide. The novel is a very astute critique of wealth disparity ... DiFrancesco is skilled at creating a world that isn’t so unlike our own, but is just different enough to create a bit of distance. These gestures make the book feel less like an unbelievably far-fetched dystopia and more like a novel written thirty years from now, that simply fell out of a wormhole onto a contemporary editor’s desk ... The interior lives of DiFrancesco’s characters are rich and move with momentum. The plot is laced with sly commentaries on gender, income inequality, and gentrification (the way disaster and struggle can be spun by craven opportunists into something that later hangs in a museum, removed from the context which gave it meaning). DiFrancesco illuminates this landscape with nimble prose and complex characters, which feel shockingly familiar.”

“A unique and original dystopian novel by a master of the genre, Alex Difrancesco's All City is a simply riveting read from cover to cover ... certain to be an enduringly popular addition to both community and academic library Contemporary Literary Fiction collections”

“In their new novel, All City, DiFrancesco... plumbs the depths of a frightening reality that is far too close for comfort, and that, in fact, has already come to pass. While the book could be categorized as dystopian, literary, or speculative fiction, I think of it as belonging more to that emerging genre dubbed cli-fi. Such literature uses as its impetus the projections of what climate change will do, and is already doing, to the earth. All City certainly does that.”

“For the characters in DiFrancesco’s novel, life in a flooded New York has exacerbated the divide between the supremely wealthy—who have retreated inland—and everyone else. Here ... the residents of New York are left with a question: do they also leave the coasts and opt for life in refugee camps, or do they attempt to create something new from what’s been left behind? Art, revolution, and the aftereffects of trauma all play significant roles in the novel, which has an unsettlingly plausible take on what might happen when the city is unable to cope with a succession of superstorms.” 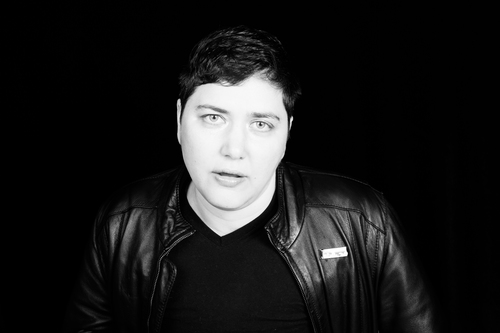 ALEX DIFRANCESCO has published fiction in The Carolina Quarterly, The New Ohio Review, and Monkeybicycle. They are a winner of Sundress Academy for the Arts' 2017 OutSpoken contest for LGBTQ+ writing and author of Transmutation and All City. DiFrancesco's non-fiction has appeared in The Washington Post, Tin House, Longreads, Brevity, and was a finalist in Cosmonaut Avenue's inaugural non-fiction prize. Their storytelling has been featured at The Fringe Festival, Life of the Law, The Queens Book Festival, and The Heart podcast. DiFrancesco is also a skilled bread baker and pastry chef, and a passionate activist and advocate.

Other books by Alex DiFrancesco 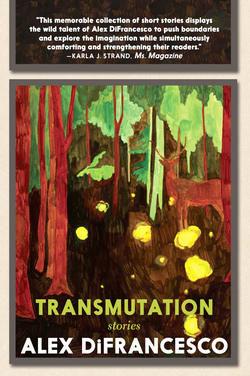