The War on the Bill of Rights and the Gathering Resistance 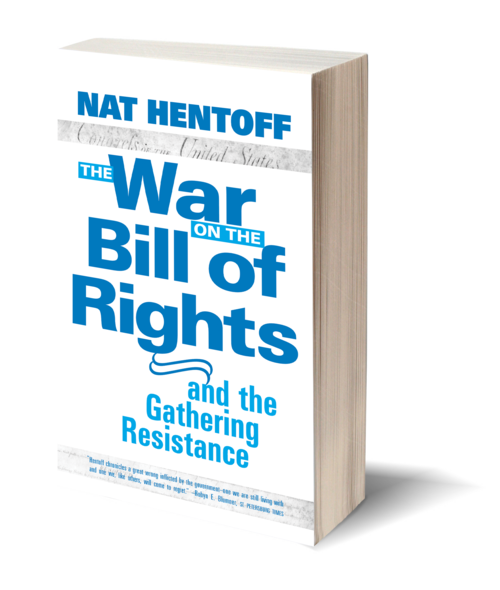 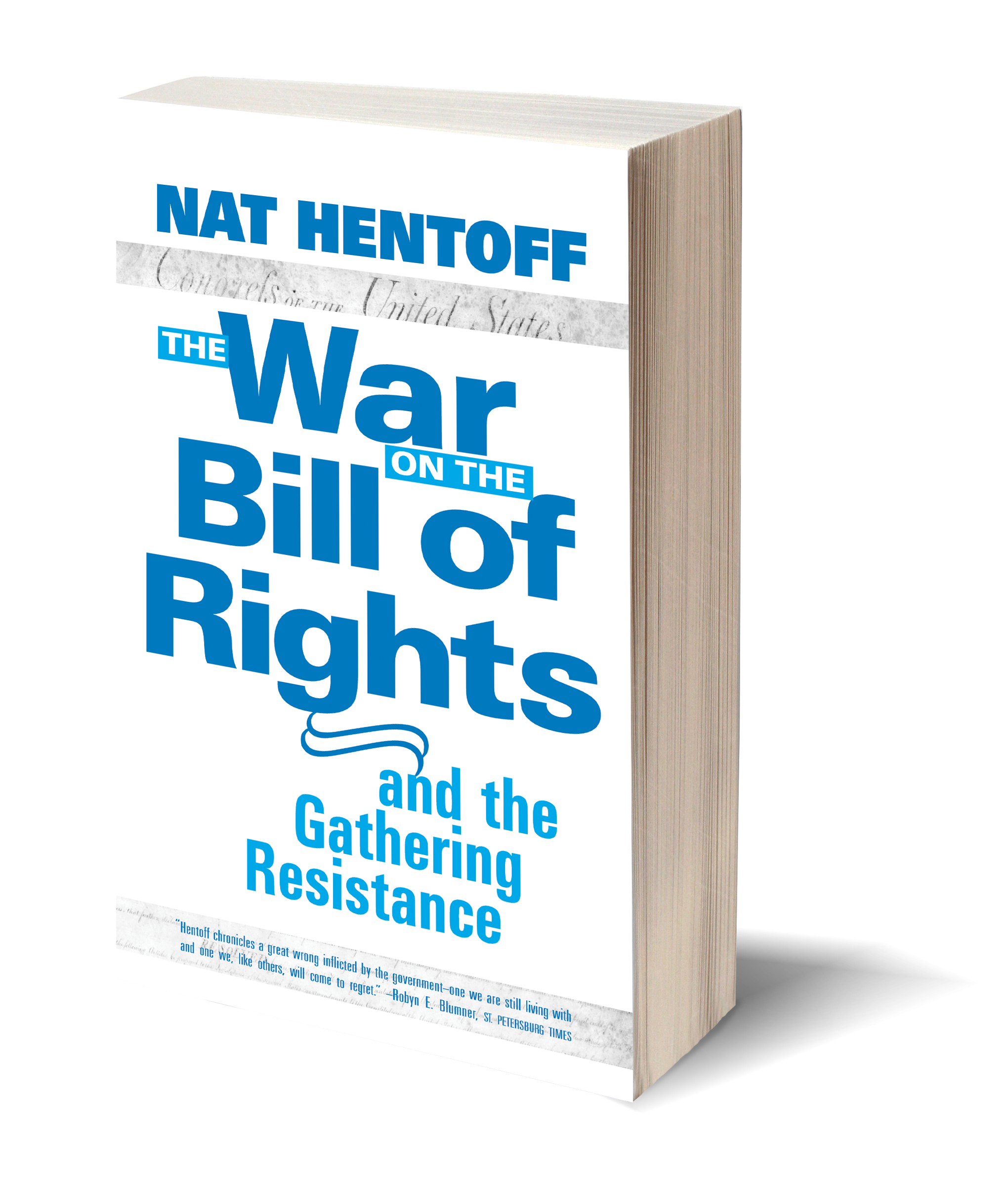 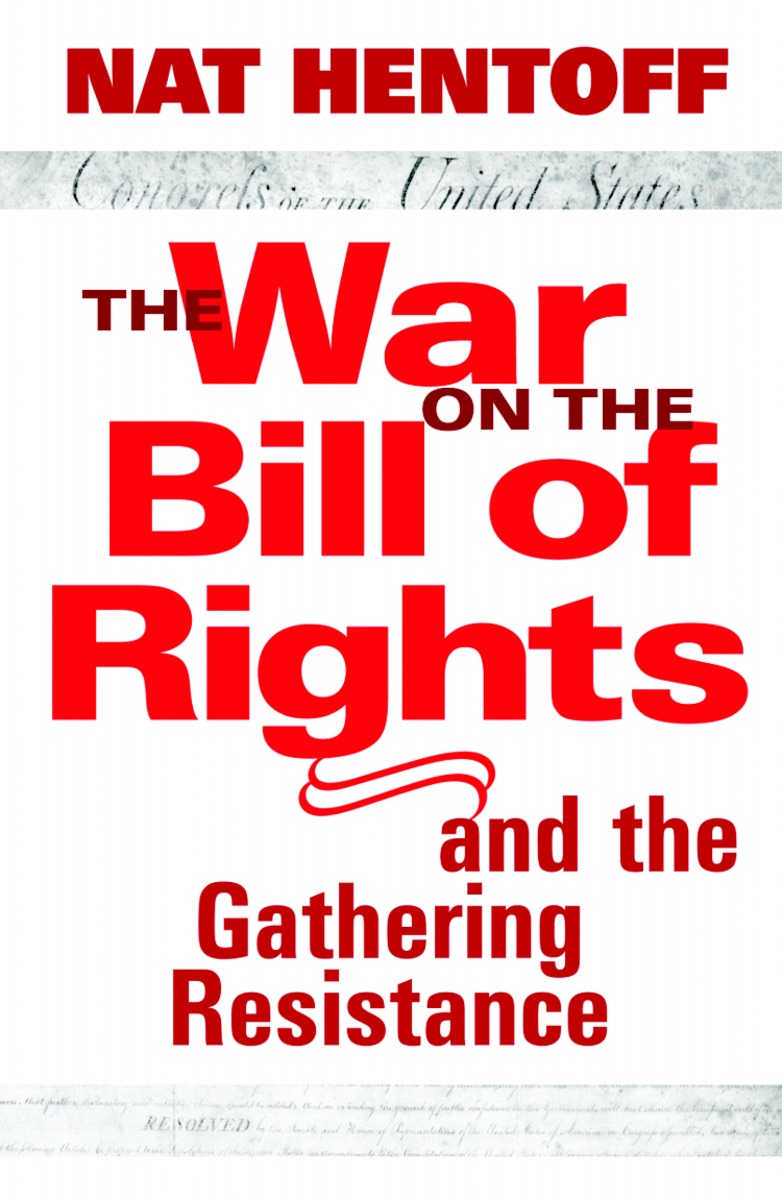 "The Constitution," said Supreme Court Justice Antonin Scalia ominously in March 2003, "just sets minimums. Most of the rights that you enjoy go way beyond what the Constitution requires." In The War on the Bill of Rights and the Gathering Resistance, nationally syndicated columnist and Village Voice mainstay Nat Hentoff draws on untapped sources—from reporters, resisters, and civil liberties law professors across the country to administration insiders—to piece together the true dimensions of the current assault on the Constitution and the Bill of Rights. The first draft of the USA PATRIOT Act to go to Congress included the suspension of habeas corpus. The proposed sequel (PATRIOT Act II) would make it possible to revoke U.S. citizenship, and, for the first time in history, authorize secret arrests. Both PATRIOT Acts increase electronic surveillance of Americans, with minimal judicial supervision. Hentoff refocuses attention on domestic surveillance initiatives established by unilateral executive actions, such as Operation TIPS and the Total Information Awareness System (now renamed Terrorist Information Awareness), both still quietly functioning.

Hentoff chronicles the inevitable rise of citizen's groups against these gross infringements, comparing today's Bill of Rights Defense Committees to Samuel Adams's Sons of Liberty, whose campaign against the British helped to precipitate the American Revolution. Afforded little coverage in the major media, the Bill of Rights Defense Committees now have spread to nearly one hundred cities and towns nationwide. Local councils have adopted resolutions insisting that their Congressional representatives cease complicity with the Bush administration, and requiring that local and state police inform the citizenry of exactly how the FBI and other federal law-enforcement and intelligence agencies are endangering individuals' rights.

“I thought I knew the full list of the horribles unleashed by the government in the name of national security since 9/11—until I read this book. Wow! Nat Hentoff—who has no equal in defending the Constitution—has unearthed enough governmental lawlessness to make all Americans sleepless. Buy this book if you love liberty; and after you've read it, send your copy to any member of Congress, senator, or judge you know!”

“There's no better resource on our Bill of Rights and constitutional freedoms than Nat Hentoff. With this book, Hentoff sounds the alarm over the steady erosion of our rights while effectively arguing that any hope for our future rests in our ability as citizens to take a stand and fight back.”

“This book is an inspiring call to twenty-first century patriots to reinvigorate the libertarian and egalitarian ideals of America's founders, and to resist the violations of those ideals that have run rampant in the 'War on Terror.' Hentoff shows that too many purported counter-terrorism measures have made us less free, but not more safe, therefore galvanizing growing resistance among individuals from all across the political spectrum and all walks of life, all across the country.”

“Anyone concerned with civil liberties should read this short and snappy report from the frontlines of this latest constitutional struggle.”

“Hentoff has written a deft primer that forcefully makes the civil libertarian's case.”

In Memory of Nat Hentoff 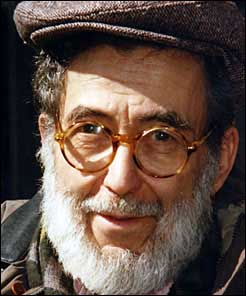 We mourn the death of our friend and author Nat Hentoff, a great man, deeply principled, intolerant of intolerance.

Nat's book The War on the Bill of Rights and the Gathering Resistance was one of the top-selling books of 2003 on the dangers of the USA PATRIOT Act and related opportunistic responses to 9-11 on the part of our government in Washington, highly praised and widely read ("A deft primer that forcefully makes the civil libertarian's case."—Washington Post; "Remarkably comprehensive and highly readable."—LA Times)

Nat Hentoff was one of a kind and irreplaceable, whether writing about jazz, or about his friend US Supreme Court Justice William Brennan, or his other great friend the First Amendment to the US Constitution. A charming and funny man who took things very seriously that interested him, we're honored to have known and worked with him, and will miss his fierceness especially in the coming years. 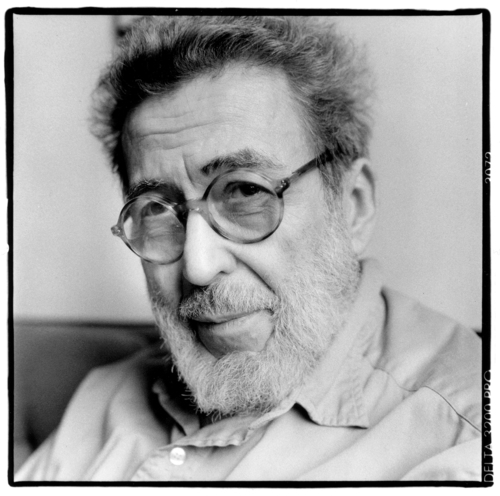 A prolific author, journalist and longtime weekly columnist at the Village Voice, NAT HENTOFF has won the National Press Foundation Award for Distinguished Contributions to Journalism, the American Bar Association Certificate of Merit for Coverage of the Criminal Justice System, and the Thomas Szasz Award for Outstanding Contribution to the Cause of Civil Liberties. He is the author of Democracy Detained  and The War on the Bill of Rights and the Gathering Resistance.

Other books by Nat Hentoff