The Forgotten Triumph over Plutocracy that Created the American Middle Class, 1900-1970 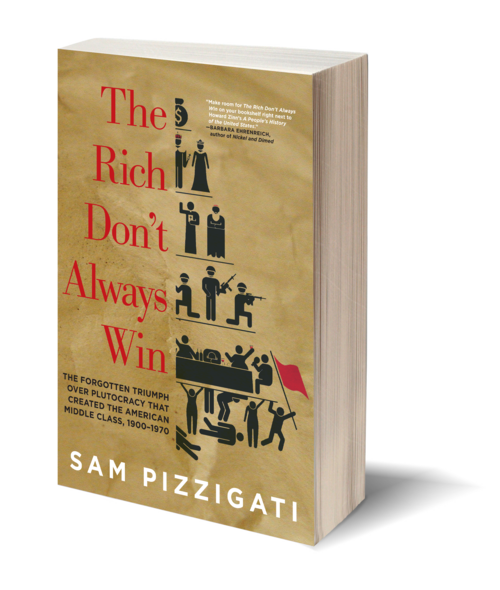 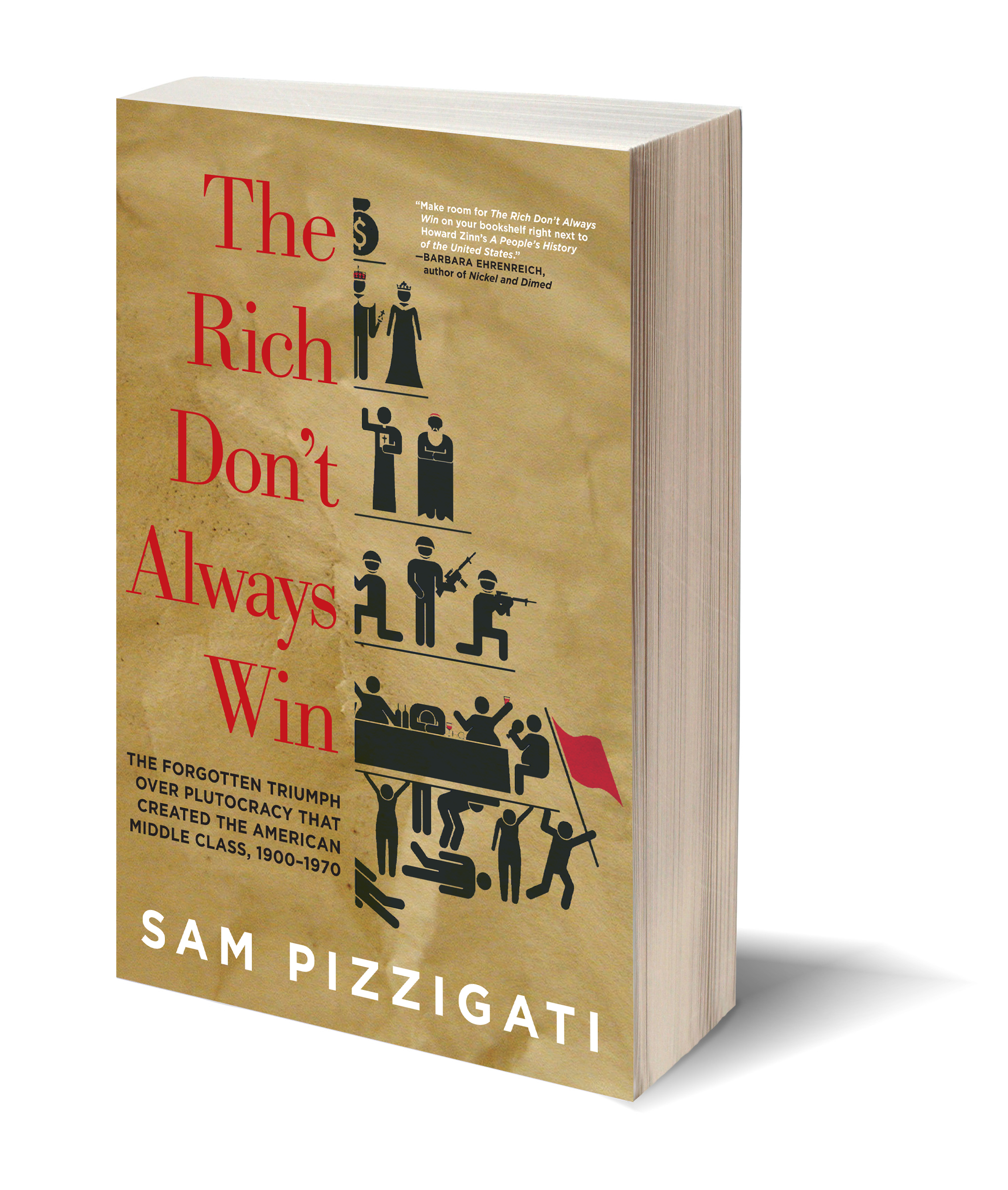 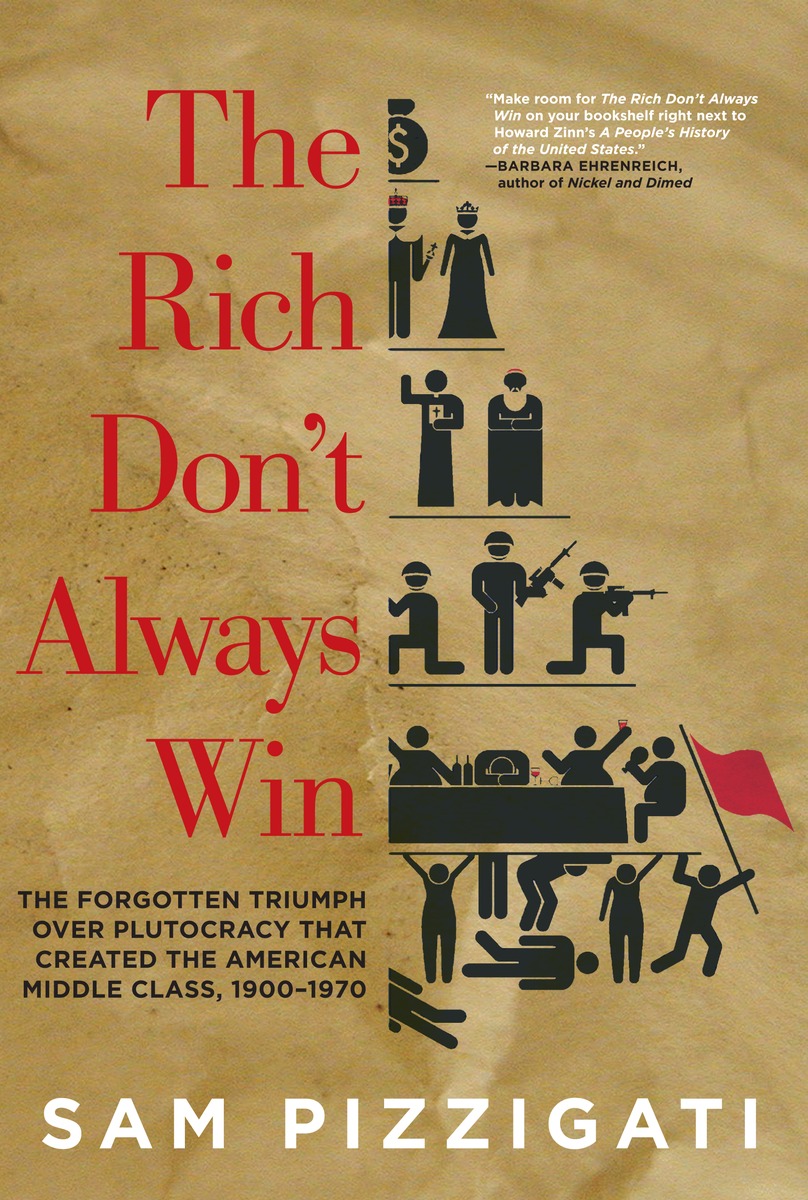 Polls now show that two-thirds of Americans believe that the nation's enormous wealth ought to be "distributed more evenly." But almost as many Americans—well over half—feel that protests against inequality will ultimately have "little impact." The rich, millions of us believe, always get their way.

A century ago, the United States hosted a super-rich even more domineering than ours today. Yet fifty years later, that super-rich had almost entirely disappeared. Their majestic mansions and estates had become museums and college campuses, and America had become a vibrant, mass middle class nation, the first and finest the world had ever seen.

Americans today ought to be taking no small inspiration from this stunning change. After all, if our forbearers successfully beat back grand fortune, why can't we? But this transformation is inspiring virtually no one. Why? Because the story behind it has remained almost totally unknown, until now.

Sam Pizzigati's lively popular history speaks directly to the political hopelessness so many Americans feel. By tracing how average Americans took down plutocracy over the first half of the 20th Century—and how plutocracy came back—The Rich Don't Always Win outfits the 99% with a deeper understanding of what we need to do to get the United States back on track to the American dream.

An excerpt from The Rich Don't Always Win can be viewed here.

“Make room for The Rich Don't Always Win on your bookshelf right next to Howard Zinn's A People's History of the United States. In his lively, engrossing new book, Sam Pizzigati tells the story of class inequality in America, from the robber barons to today's 1%. The title alone is a refreshing reminder that there have been times when the middle class pushed back against the growth of plutocracy—and won. We can do that again and, as Pizzigati makes clear, we have to.”

“This inspiring history offers a bold blueprint for today’s equality movements. We beat back the powerful rule of the wealthy to end the first Gilded Age. We can beat back our current Gilded Age, too, and reverse the extreme inequalities of wealth and power that undermine all that we care about.””

– Chuck Collins, Institute for Policy Studies, author of 99 to 1: How Wealth Inequality is Wrecking the World and What We Can Do About It

“Only 50 years ago, America 'soaked' the rich with a 91 percent income tax. And guess what? America prospered! Not just the rich, but ordinary families. With colorful detail, Sam Pizzigati tells us why we should revisit that policy of prosperity for ALL, rather that for the plutocratic few.”

“Labor journalist Pizzigati makes the case that graduated tax rates and strong unions once led to an economic golden age for average Americans—and could do so again. A flawed but ambitious, readable look at economic reformism over the last century.”

“Bold, thorough, and above all inspiring—an energizing and spirited reminder of what it took, and what it will take, to once again make ours a nation of equals.”

– Gar Alperovitz, author of America Beyond Capitalism, and Lionel R. Bauman Professor of Political Economy at the University of Maryland

“Overlooking the current political-economic landscape of the United States, one might perhaps be forgiven for thinking that the country's wealthiest have gamed the system such that they will always come out on top, to the detriment of the rest of us. Labor journalist Pizzigati reviews the history of the 20th century in order to remind us that such sentiments might have seemed equally valid at the start of the that century, but that a broad group of activists, union organizers, political coalitions, and others fought a long-running battle to curtail the privileges of the plutocrats and to create the conditions for an unprecedented expansion of the middle class.”

“Sam Pizzigati's new book, The Rich Don't Always Win: The Forgotten Triumph over Plutocracy that Created the American Middle Class 1900-1970, could therefore not come at a better time to rejuvenate the issue of income disparity and what to do about it. Employing a staggering compilation of primary sources, this exceptionally well-researched book reveals the previously unknown story of Americans who fought to overthrow plutocracy in the early 20th century.” 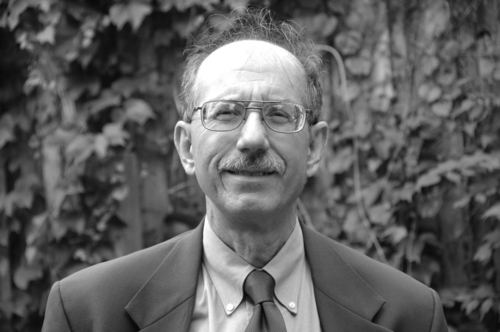 A veteran labor journalist, Sam Pizzigati has written widely on economic inequality for both popular and scholarly readers. His op-eds and articles on the subject of wealth have appeared in a host of major American dailies, from the New York Times to the Miami Herald, and in a variety of magazines and journals. His 2004 book, Greed and Good: Understanding and Overcoming the Inequality That Limits Our Lives, won a coveted "outstanding title" rating from the American Library Association. Pizzigati ran the publishing operations of America's largest union, the 3.2 million-member National Education Association, for twenty years and now serves as an associate fellow at the Institute for Policy Studies in Washington, DC. His monthly newsletter on excess and inequality, Too Much, is considered a must-read for economic justice activists and anyone else interested in the politics of excess. Pizzigati lives in Maryland.