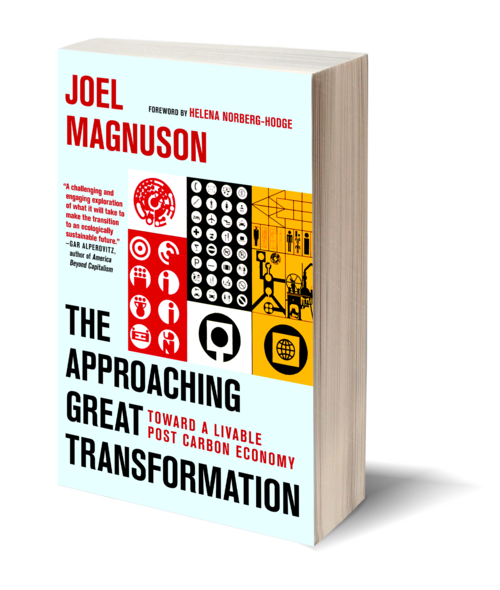 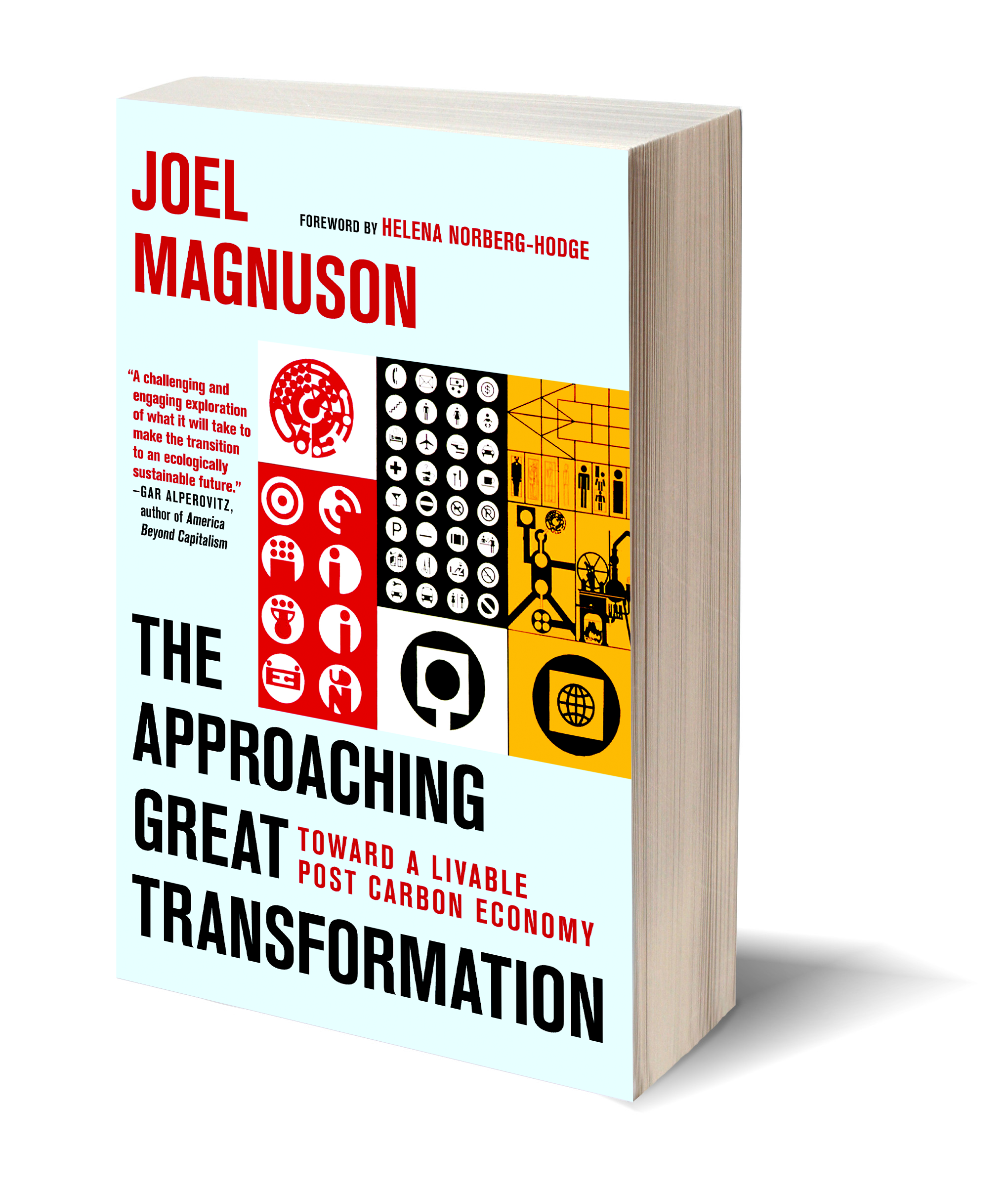 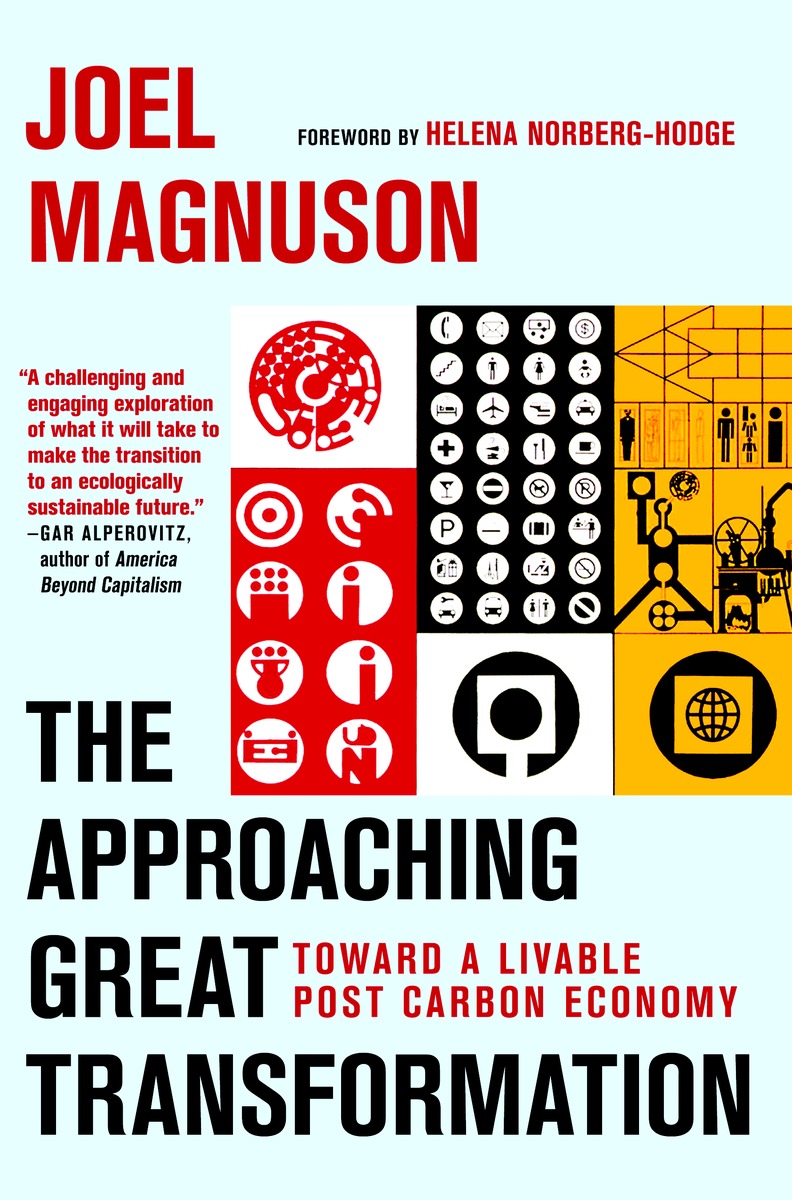 The Approaching Great Transformation is about the coming shift in how we act and think in the world economically as the era of cheap oil comes to an end.

The purpose of this book is to provide inspiration for those seeking the ongoing global effort to move away from our dependency on fossil fuels and ceaseless growth, and towards a more sustainable, stable, and just system. With vision and deliberate action communities around the world can break out of habitual ways of producing and consuming things and move optimistically toward something better. The Approaching Great Transformation provides a philosophical basis and guidelines for citizens who are working to develop new and very different economic institutions that are centered on self-reliance, ecological permanence, stability, and a celebration of human creativity. In time, these institutional developments will lead to the positive evolution of economic systems and human culture. In this book, economist Joel Magnuson documents examples and stories of this work that is already being done.

“The Approaching Great Transformation is a breath of fresh air in a world of hackneyed nonsolutions to our social and economic problems. Professor Magnuson pulls no punches regarding the coming collapse of the corporate-commercial-consumer society, or the inability of technological fixes and 'green capitalism' to bail us out of the historical crunch that is virtually upon us. Rather, as we start to run out of energy (read: oil) and are forced to abandon obsolete notions of 'growth' and 'progress', we shall have to confront the question we have collectively been avoiding for roughly 500 years: If money is not the purpose of life, what is? Whether the alternative models discussed in this book prove to be viable or not, the author makes it clear that what we are living with now is no choice at all. His message is simple: change or die.”

“A challenging and engaging exploration of what it will take to make the transition to an ecologically sustainable future. Magnuson exposes the false promises of green-wash capitalism—and in the tradition of E.F. Schumacher puts the hopeful shoots of real alternatives squarely on the map for ongoing development.”

– Gar Alperovitz, Lionel R. Bauman Professor of Political Economy at the University of Maryland and author of America Beyond Capitalism

“We are literally in the midst of reshaping the world and as a result, this is the time to make the new economy in a way that is redefining, as economist Joel Magnuson writes, “what is good, beautiful, fair, or wholesome, and making sure that our economic system allows us to live according to these beliefs.”

“Soon, fossil fuels will run out—or become ridiculously complicated and expensive to extract—and the global economy will be in a real pickle, says Magnuson, an economist "specializing in non-orthodox approaches to political economy." These days, no one is safe from rhetoric about "going green"; Magnusson argues that this is mostly a "marketing ploy," a way for huge corporations to have and eat their cakes—labeling their products "green" while relentlessly pursuing "endless growth" and ignoring the reality of a finite planet with limited resources. While "green" and "sustainable" have become catchwords, material consumption in the last 25 years has increased. A "deeper transformation of our core economic institutions" is necessary, he argues; i.e. capitalism must go. While eloquently argued, the book's central message will be difficult to hear for many, though he effectively skewers the mantras of those who hope to ignore the problem: "at least it won't happen in our life time" and "technology will come through." This is a brave book by a smart person with a masterful command of economic theory; unfortunately, for these reasons its reach is probably limited: most people will balk at its central message: that we will have to get by with much, much less production and consumption.” 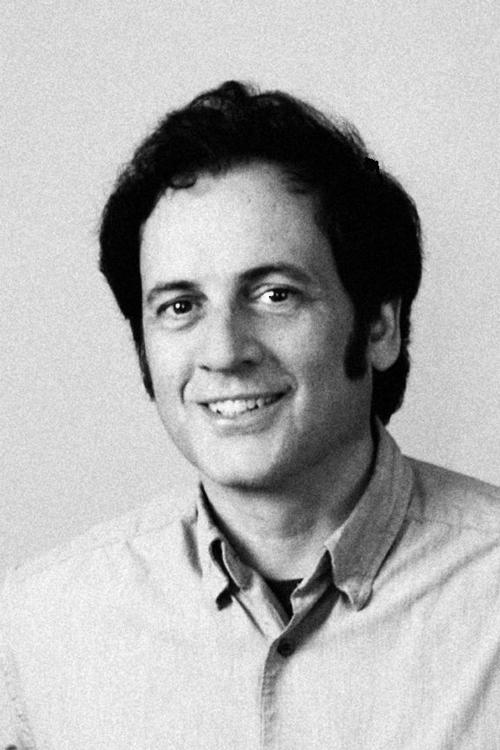 Joel Magnuson is an independent economist based in Portland, Oregon. He is a visiting fellow at the Ashcroft International Business School at Anglia Ruskin University in Cambridge, England, serves as an international advisor to Anglia's Interconnections, and is on the faculty at the East West Sanctuary in Nagykovácsi, Hungary. He is the author of Mindful Economics: How the US Economy Works, Why It Matters, and How It Could Be Different and The Approaching Great Transformation: Toward a Livable Post Carbon Economy.

Other books by Joel Magnuson 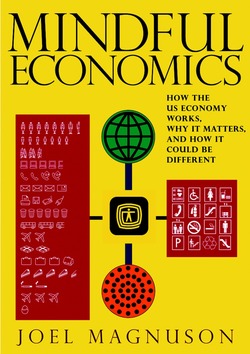 Mindful Economics: How the U.S. Economy Works, Why it Matters, and How it Could Be Different