A concise dissection of the new U.S. unilateralism, Power Trip is the first book-length critique of the fundamental shift in U.S. foreign policy to consolidate and extend U.S. global control. Charting the terrain of foreign policy after September 11 and demonstrating how the Bush administration is building on the policies of its successors, here are Barbara Ehrenreich, William Hartung, Ahmed Rashid, Michael Ratner, Noy Thrupkaew, Coletta Youngers, Mark Weisbrot, and their contemporaries with new essays on the military strategy of the Bush administration, the domestic impact of post-September 11 policies on spending priorities and civil liberties, and more.

“The current team in Washington is acting like fanatics, tearing up treaties and ignoring old alliances in pursuit of a new and dangerous doctrine of preemption. Every day in Washingotn, spineless politicians marching lockstep with their "special interest" patrons auction off our national interest to the highest bidder. As a result, our government by, for and of the people is going, going, gone! Power Trip powerfully details this sorry state of affairs and, even more importantly, "suggests what we can all do to start moving America back in the right direction.”

“Power Trip is an important book. It provides an insightful analysis of the evolution, execution, and potential repercussions of the Bush administration's hard-line foreign policy doctrine since September 11th. It examines how the U.S. is losing its moral standing in the world and squandering international sympathy created in the wake of 9/11. This book warns readers that the Bush administration's imprudent policies today could make our country less safe in the future.”

“These are times for despair over the suffering that the U.S. military has inflicted on people in Iraq and elsewhere. But these are also times for rejoicing over the budding global movement for peace and justice that is challenging U.S. militarism. And these are times for educating ourselves so we can build our movement with intelligence and foresight. Power Trip gives us the critical road map we need to understand where those in power would like to take us, and how we can veer off that dangerous course to build a kinder, gentler nation and planet.”

“Finally, here's a book which demonstrates authoritatively that a foreign policy based on the American values of fairness, compassion, and justice is a policy that best serves the interests of America. It's beautiful to see that what's good for our hearts is also good for our wallets and security.”

– Ben Cohen, cofounder of Ben & Jerry's and president of TrueMajority.org 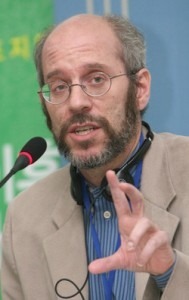 JOHN FEFFER’s books include Beyond Detente: Soviet Foreign Policy and U.S. Options, Shock Waves: Eastern Europe After the Revolutions, and Living in Hope: Communities Respond to Globalization. He is the editor of Power Trip: U.S. Unilateralism and Global Strategy After September 11 and author of North Korea/SouthKorea: U.S. Policy at a Time of Crisis, and The Pandemic Pivot. From 1998 to 2001, Feffer lived in Tokyo and traveled throughout East Asia, making more than twenty trips to South Korea and three trips to North Korea. He now lives in the Washington, DC area.

Other books by John Feffer 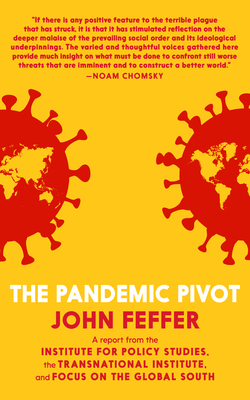 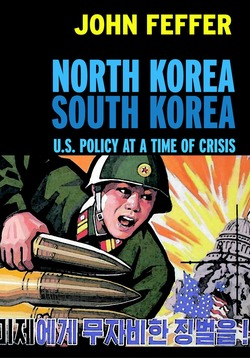 North Korea/South Korea: U.S. Policy at a Time of Crisis