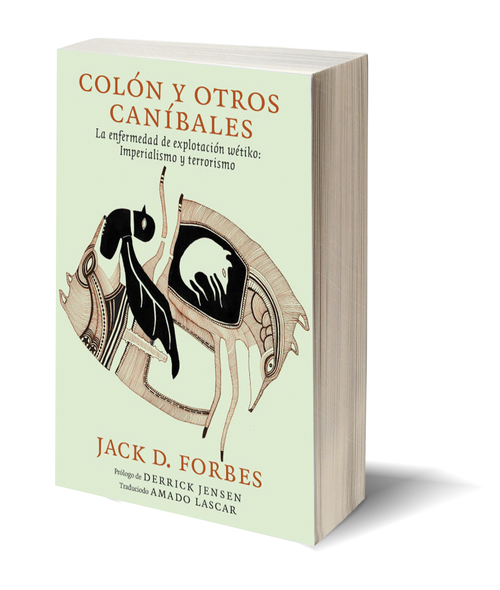 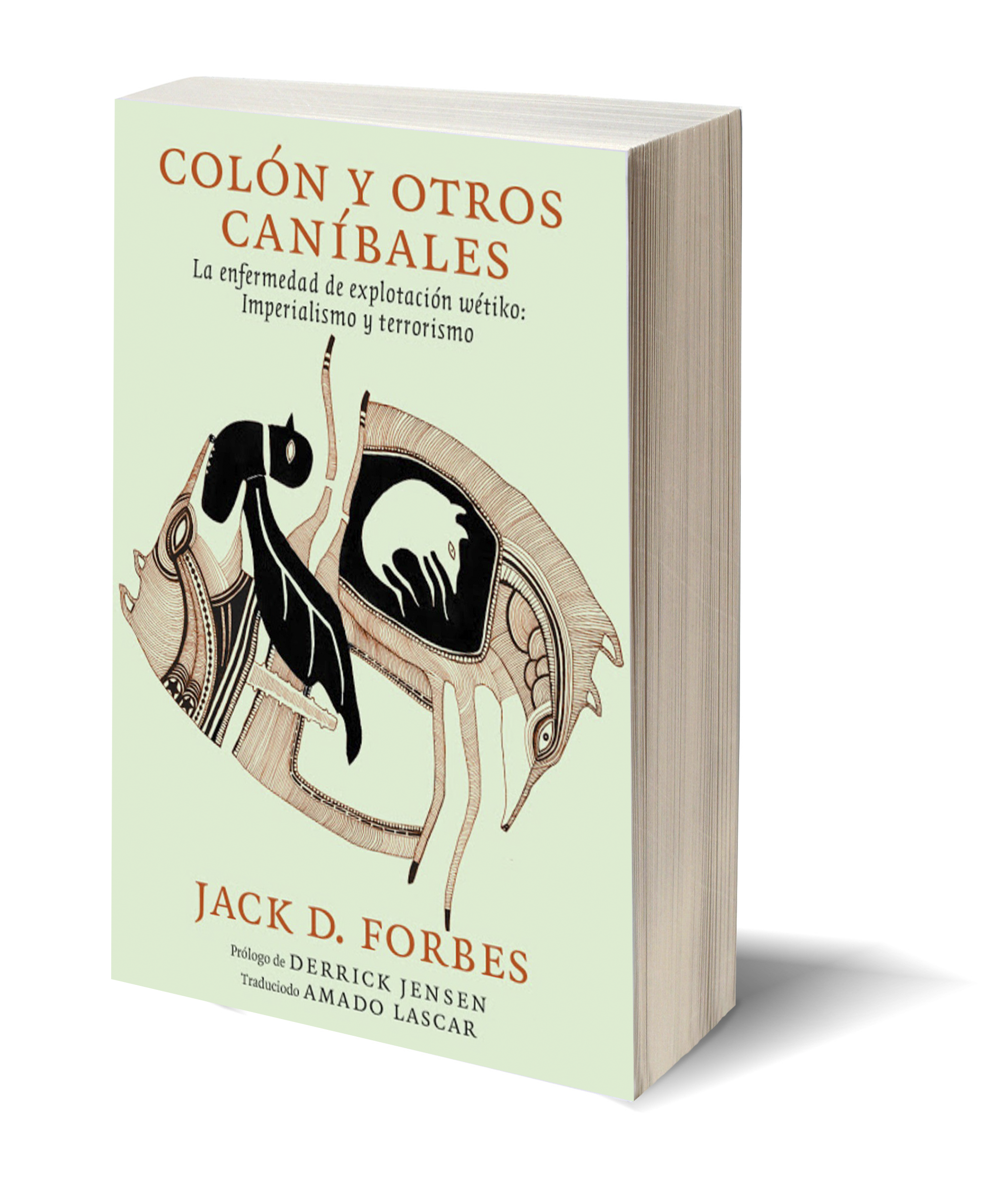 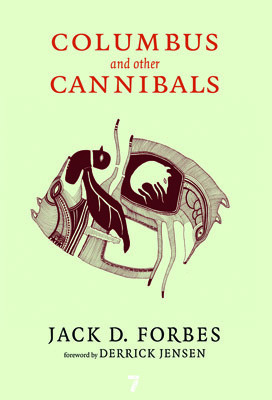 American Indian educator and political philosopher Jack Forbes’s Columbus and Other Cannibals was one of the founding texts of the anti-civilization movement when it was first published in 1978. His history of terrorism, genocide, and ecocide told from a Native American point of view continues to inspire America’s activists. Now available for the first time in a Spanish translation, this radical critique of the modern “civilized” lifestyle is more vital than ever before.

“Writing from a Native American perspective, Forbes maintains a steady and humble tone throughout the text... It's the kind of history one doesn't need to read twice to absorb it... I think it's crucial that people read books like this.”

“Cannibals is a work of philosophy and ideas... a welcome addition to the library of a new generation of scholars and activists who are seeking a philosophical framework for their work in indigenous studies.”

An excerpt from Columbus and Other Cannibals: The Wetiko Disease of Exploitation, Imperialism, and Terrorism by Jack D. Forbes:

It is quite clear that in modern times we have witnessed the widespread brutalization of human beings. The history of Europe in the last 1,500 years and the history of European imperialism in Africa, Asia, and the Americas reveal atrocities of almost unimaginable proportions. The brutality of the "religious" wars in Europe, the unrelenting exploitation of the Original Americans, the sacrifice of tens of millions of Africans and First Americans in order to obtain slaves or peons, the genocidal policies of the English toward the Irish, of Europeans generally toward Native People, of the Nazis toward Jews, Slavs, and Gypsies, represent only a few examples of the large-scale cruelty, aggression, and exploitation beyond belief.

Various terms, such as "wild", "savage", and "barbarian" have been used frequently to refer to violent, crude, brutal, cruel, destructive, and aggressive behavior. Ironically, such terms have often been used by European writers to refer to non-European peoples whose customs were different and were therefore (because of that element of difference) called "wild" or "savage." The irony stems from the fact that few, if any, societies on the face of the earth have ever been as avaricious, cruel, violent, and aggressive as have certain European populations. Luther Standing Bear, a Native American thinker, summarized the more correct state of affairs in the following revealing passage:

We did not think of the great open plains, the beautiful rolling hills, and the winding streams with tangled growth as "wild". Only to the White man was nature a "wilderness" and only to him was the land infested by "wild" animals and "savage" people. To us it was tame. Earth was bountiful and we were surrounded with the blessings of the Great Mystery. Not until the hairy man from the east came and with brutal frenzy heaped injustices upon us and the families we loved was it "wild" for us. When the very animals of the forest began fleeing; from his approach, then it was that for us the "wild west" began.

The "west" of the United States became "wild", then, only when European imperialism commenced the annihilation of the Native people, of the buffalo, and of the social and cultural structures of the Native nations. The hordes of aggressive, armed white intruders, backed by supporting "regular" troops and government functionaries, in short, made the region "wild". I am quote sure that Native people in the Amazonian basin, in Peru and elsewhere in the Americas would heartily agree with Standing Bear. Everywhere the Europeans brought unimaginable death, destruction, exploitation, and greed. Tragicallymany South American Native groups are currently experiencing the birth of "wildness". The Amazonian basin is only now being completely reduced to the state of a "wilderness". The kind of greed, exploitation, imperialism, and duplicity which together forms a sort of culture of evil has been in the past referred to by the term "Machiavellian". I have so used the latter concept and have suggested that Machiavellianism probably originated in the MIddle East some 3000-5000 years ago when the first documented systems of oppression and exploitation appeared in ancient Egypt and Mesopotamia.

Now, however, I believe the term Machiavellian does not adequately describe the nature of what we are dealing with. Thus I now wish to explain the Wétiko concept. Wétiko is a Cree term (windigo in Ojibway, wintiko in Powhatan) which refers to a cannibal or, more specifically, to an evil person or spirit who terrorizes other creatures by means of terrible evil acts, including cannibalism. Wétikowatisewin, an abstract noun, refers to "diabolical wickedness or cannibalism."

I have come to the conclusion that imperialism and exploitation are forms of cannibalism and, in fact, are precisely those forms of cannibalism which are most diabolical or evil. Traditional ritualistic "cannibalism" (so-called), found among many folk peoples was essentially an act of eating a small portion of a dead enemy's flesh in order to gain part of the strength or power of that person or to show respect (in a spiritual way) for that person. (Thus, usually only a respected enemy warrior was so used.)

Cannibalism, as I define it, is the consuming of another's life for one's own private purpose or profit.

Thus, the slaver who forces blacks or Indians to lose their lives in the slave-trade or who drains away their lives in a slave system is a cannibal. He may "eat" other people immediately (as in the deaths of tens of millions of blacks in the process of enslavement or shipment) or he may "eat" their flesh gradually over a period of years.

Thus, the wealthy exploiter "eats" the flesh of oppressed workers, the wealthy matron "eats" the lives of her servants, the imperialist "eats" the flesh of the conquered, and so on. Nazism, for example, may be described as a German form of cannibalism designed to consume Jews, Gypsies, Poles, and other Slavs in order to fatten Germans. Anglo-American imperialism is a form of cannibalism designed to "eat" Indians and also to consume the Native people's land and resources (a process which continues in Central America and elsewhere today).

It should be understood that wétikos do not eat other humans only in a symbolic sense. The deaths of tens of millions of Jews, Slavs, etc., at the hands of the Nazis, the deaths of tens of millions of blacks in slavery days, the deaths of up to 30 million or more Indians in the 1500s, the terribly short life spans of Mexican Indian farm workers in the US, and of Native Americans generally today, the high death rates in the early industrial centers among factory workers, and so on, all clearly attest to the fact that the wealthy and exploitative literally consume the lives of those they exploit.

That, I would affirm, is truly and literally cannibalism, and it is cannibalism accompanied by no spiritually meaningful ceremony or ritual. It is simply raw consumption for profit, carried out often in an ugly and brutal manner. There is no respect for a peon whose life is being eaten. No ceremony. No mystical communication. Only self-serving consumption. 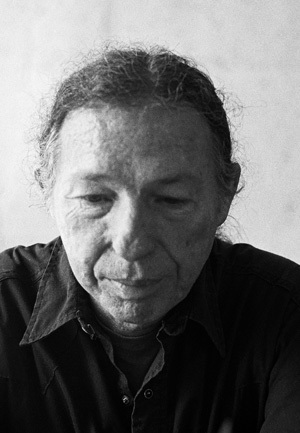 JACK D. FORBES (1934–2011) was Professor Emeritus and Chair of Native American Studies at the University of California at Davis. Of Powhatan-Renápe, Delaware-Lenápe, and non-Indian background, he founded the Native American Movement in 1961 and started Native American studies programs across the country. An acclaimed lecturer and activist, Forbes is the author of over a dozen books, including Apache Navajo and Spaniard, and Columbus and Other Cannibals: The Wetiko Disease of Exploitation, Imperialism, and Terrorism (translated into Colón y otros caníbales: La enfermedad de explotación wétiko: Imperialismo y terrorismo).

Other books by Jack Forbes 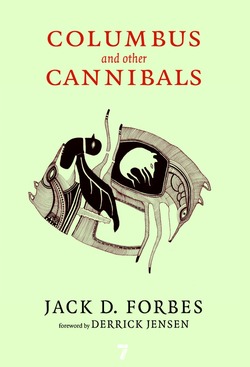 Columbus and Other Cannibals: The Wetiko Disease of Exploitation, Imperialism, and Terrorism