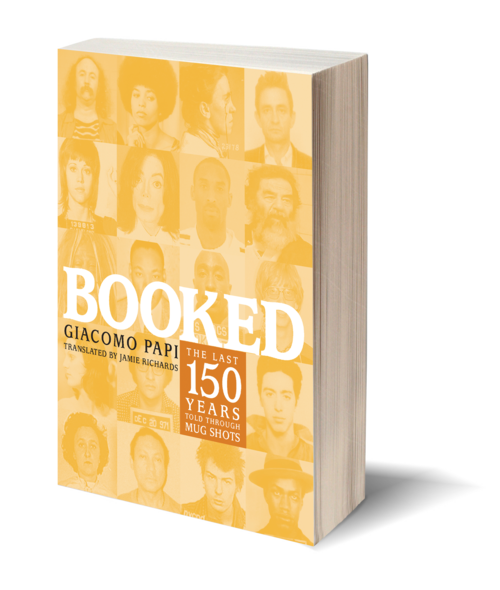 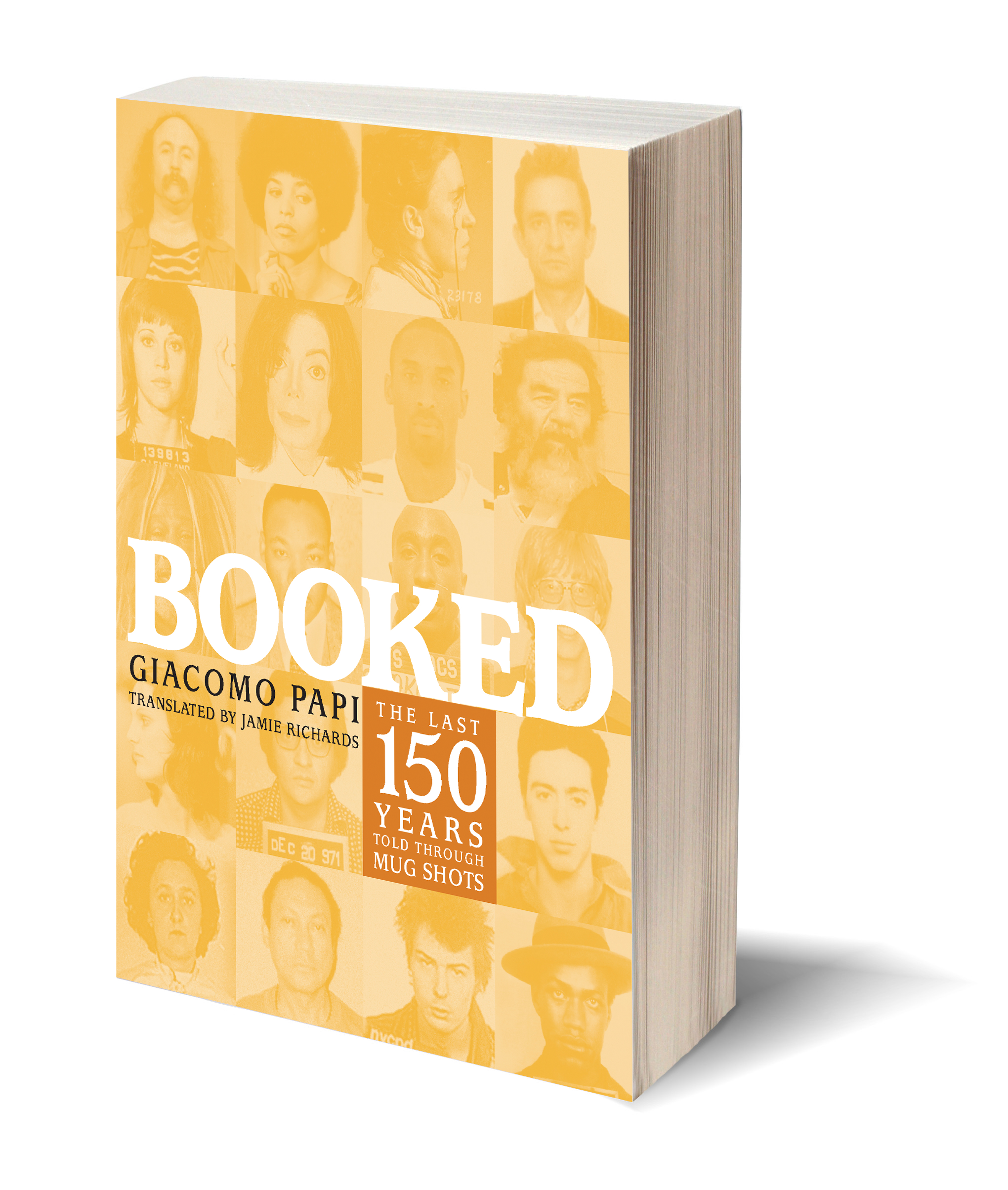 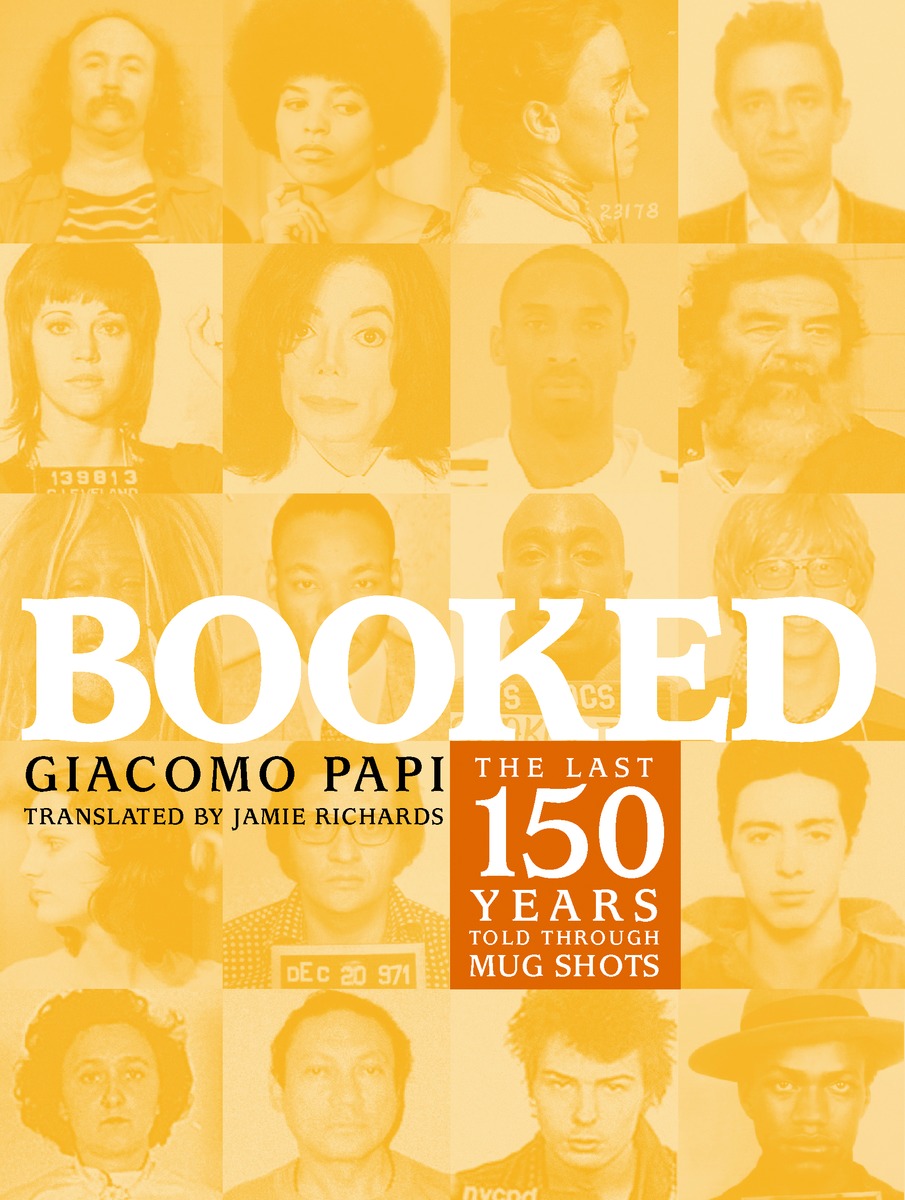 Every year twelve million Americans are arrested and photographed by the police. In many ways, mug shots are our history. Using a dazzling selection of mug shots that are arrestingly raw in their starkness and strangely eloquent in their simplicity, this absorbing, humorous, often bewildering collection sheds a whole new light on our rebellious century.

From political icons Martin Luther King, Jr. and Angela Davis, to A-list celebrities Hugh Grant and 50 Cent, from killer Ted Kaczynski to the actor who aided in Abraham Lincoln's assassination, from prisoners of Auschwitz to a bearded Saddam Hussein, all of them declare a simple truth: the last 150 years told through police photography is truly an alternative history. Author Giacomo Papi's brisk and insightful commentary enlightens us with intriguing backstories and little-known facts.

A feast for the eyes and the mind, Booked presents an ingenious and utterly unique snapshot of our times.

“This mug-shot history captures the ugliness and the nobility of the past century in stark flashes of evil, strength, and human frailty. Frame by frame you will stare into the eyes of the unfortunate and the powerful. There's a dark and tragic beauty that grows as your eyes shift from one mug to the next. Pick this book up and don't look away.” 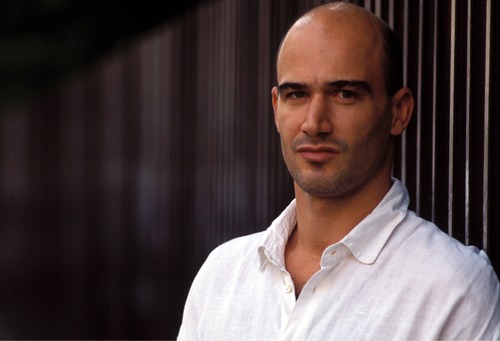 Giacomo Papi is the author of Era una notte buia e tempestosa (It Was a Dark and Stormy Night), an anthology of the best opening lines in world literature; Papa, a best-selling humorous guide for expecting fathers; and several other books. Since 2000 he has worked as a journalist for Diario, an Italian weekly news magazine. Together with Massimo Coppola, he runs ISBN Edizioni, an imprint of the Italian book publisher Saggiatore.