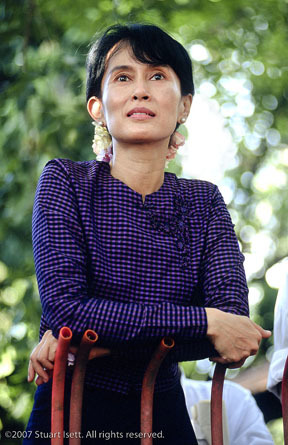 Aung San Suu Kyi is the leader of the struggle for human rights and democracy in Burma. Born in 1945 as the daughter of Burma's national hero Aung San, she was two years old when he was assassinated— not long before Burma gained the independence to which he had dedicated his life. After receiving her education in Rangoon, Delhi, and at Oxford University, Aung San Suu Kyi worked for the United Nations in New York and Bhutan. For most of the following twenty years, she was occupied raising a family in England, before returning to Burma in 1988 to care for her dying mother. Her return coincided with the outbreak of a spontaneous revolt against twenty-six years of political repression and economic decline. Aung San Suu Kyi quickly emerged as the most effective and articulate leader of the movement, and the party she founded went on to win a colossal electoral victory in May 1990. In July 1989 she was put under house arrest and the military junta that now rules Burma refused for six years either to free her or to transfer power to a civilian government as it had promised. Upon her release in July 1995, she immediately resumed the struggle for political freedom in her country. 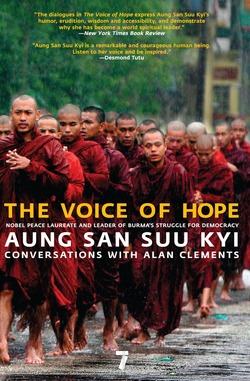 The Voice of Hope: Conversations with Alan Clements