Carola Benedetto is a Hindologist, author, and playwright. She codirected Pierre Rabhi: Il mio corpo è la terra (2013), the first Italian documentary about Rabhi, one of the leading figures in the field of agroecology. She wrote the afterword to Pierre Rabhi's La sobrietà felice (2013, Add Editore) as well as Stories for Kids Who Want to Save the World. She was the co-director of the festival, Per sentieri e remiganti, Il Festival dei viaggiatori extra ordinari (2007-2014 Turin). With Luciana Ciliento, she wrote La terra non è mai sporca (2018, Add Editore) and has been a regular guest on the television shows TV Overland '19 (RAI 1) and Overland '20 (RAI 1). 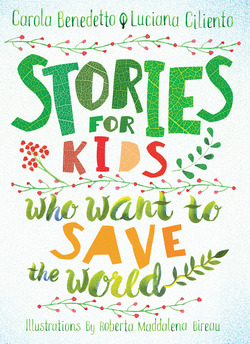 by Carola Benedetto and Luciana Ciliento

Stories for Kids Who Want to Save the World