RUSSELL JACOBY has written essays, op-eds and book reviews for newspapers and magazines from Los Angeles Times to The New Republic and Harper's. The topics of his books range from the place of psychology in American society (Social Amnesia: A Critique of Conformist Psychology) to the role of utopian thought (The End of Utopia: Politics and Culture in the Age of Apathy) and the origins of violence (Bloodlust: On the Roots of Violence from Cain and Abel to the Present). His book The Last Intellectuals: American Culture in the Age of Academe introduced a term that has been picked up everywhere—"public intellectual"—and is considered an essential text in American letters. His books have been translated into a dozen languages. Originally from New York, he has a Ph.D. in history from the University of Rochester, where he worked with Christopher Lasch, and is the author of On Diversity: The Eclipse of the Individual in a Global Era. He lives in Los Angeles and teaches history at UCLA. In 2017 Jacoby was short-listed for the Times Literary Supplement's All Authors Must Have Prizes Prize. 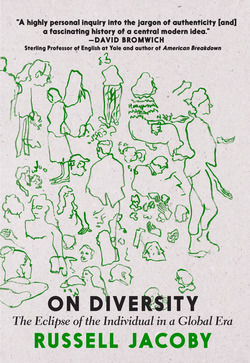