After serving four years as a combat medic in the Army Reserves, Aimee Allison earned an honorable discharge as a Conscientious Objector during the Persian Gulf War. She has served on the steering committee of San Francisco’s College Not Combat Initiative and authored Army of None with David Solnit. She lives in Oakland. 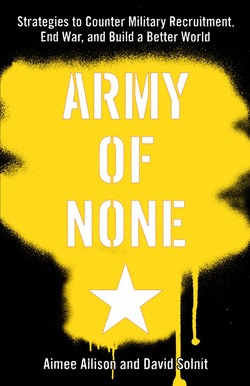 by Aimee Allison and David Solnit