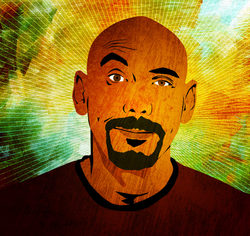 White Whale is thrilled to welcome renowned children's authors and illustrators INNOSANTO NAGARA and DUNCAN TONATIUH for a conversation about social justice storytelling for kids, as well as diversity and representation in children's books. A Q&A and signing will follow. (This event is geared towards adults!)

Children’s book author and illustrator Innosanto Nagara’s books, including A IS FOR ACTIVIST and M IS FOR MOVEMENT, encourage children to grow up with confidence in themselves, and to be proactive citizens who are passionate about causes from environmental issues to LGBTQ rights and civil rights. Born and raised in Indonesia, Inno moved to the US in 1988. After studying zoology and philosophy at UC Davis, Inno moved to the San Francisco Bay Area, working as a graphic designer for a range of social change organizations before founding the Design Action Collective, a worker-owned cooperative design studio. Inno lives in Oakland in a cohousing community with nine adults and eight kids.

Duncan Tonatiuh is the author-illustrator of THE PRINCESS AND THE WARRIOR, FUNNY BONES, SEPARATE IS NEVER EQUAL, PANCHO RABBIT AND THE COYOTE, DIEGO RIVERA: HIS WORLD AND OURS, and DEAR PRIMO. He is the illustrator of Esquivel! and Salsa. His books have received multiple accolades, among them the Pura Belpré Medal, the Sibert Medal, The Tomás Rivera Mexican-American Children's Book Award, The Américas Award, the Jane Addams Children's Book Award and the New York Times Best Illustrated Children's Book Award. Mexican and American, he grew up in San Miguel de Allende, Mexico and graduated from Parsons School of Design in New York City.